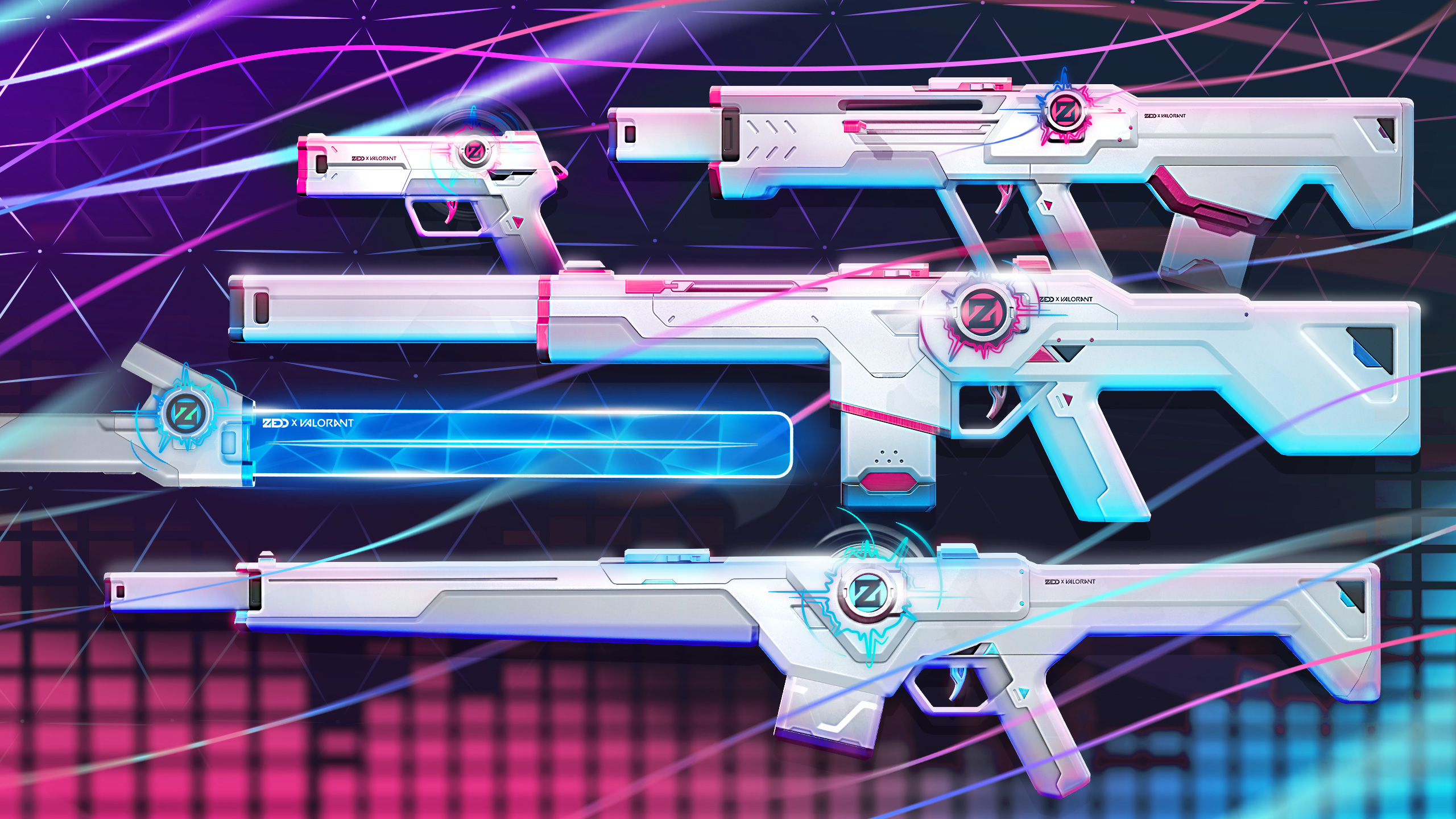 Popular music producer Anton Zaslavski, or more commonly known as Zedd, has partnered up with VALORANT to release his own skin line. Named “Spectrum”, the skin line is characterized by its audio sounds paired with colorful visual effects.

The very first time I got my hands on VALORANT, I pretty much stopped playing all other games. It was the perfect combination of my favorite games.

When I was younger I was obsessed with Counter-Strike, and in recent years I played loads of Overwatch, but felt like the room for “clutch” moments just wasn’t there. When I heard about VALORANT, I thought it could combine my love for abilities with the high-consequence gameplay of a game like Counter-Strike.

SPECTRUM is a rather costly investment. Having the XE Tier, which is Exclusive Edition, will set you back a hefty 10,700 VP. However, the bundle does also include the following apart from weapon skins.

The bundle is one of the bigger ones out there in VALORANT. However, is it enough to justify the cost? See and judge for yourself.

The WAVEFORM melee resembles an energy sword or even a lightsaber for some. It comes in three color variants: black, red, and purple/pink. It has a level 2 upgrade which grants custom animations, upgraded audio as well as a custom inspect sound “that pulses to the beat of the sounds.”

You can check out the WAVEFORM melee in action down below when it is fully upgraded.

All of the SPECTRUM weapons have four levels that you can upgrade to using Radianite. Upgrading will grant you the following:

The same as the WAVEFORM melee, the weaponry has three color variants: black, red and purple/pink.

From the gameplay footage, despite the skins being clean but colorful at the same time, the finisher definitely steals the show. Getting that final kill will feel more gratifying than ever if you do decide to buy the new skins.