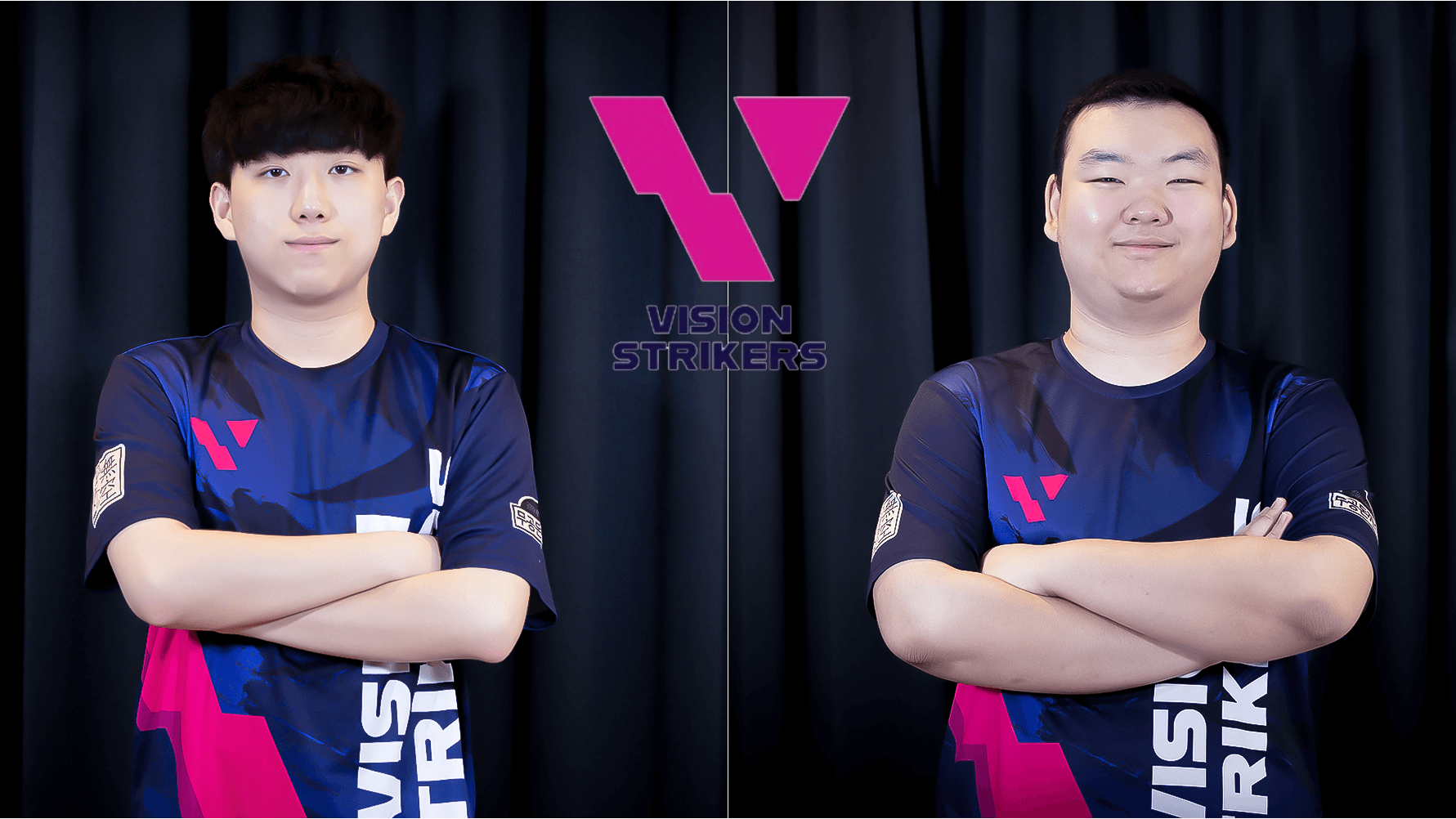 Following Kim “glow” Min-soo’s decision to retire from professional play, Vision Strikers were left with a gap to fill in the roster. Well, that hole has been patched and then some, as the Valorant team has decided to go ahead with a 6-man roster. Vision Strikers have brought on board Byungchul “BuZz” Yu and Myeongkwan “babo” Kim. babo has decided to change his nickname to “MaKo” from here on out.

Refreshed Vision Strikers to Punch Back in Race for Masters Berlin

Following an unsuccessful run for a ticket to Masters Reykjavik, Vision Strikers’ unfathomable run has finally come to an end. After F4Q broke their streak of 100+ unbeaten series, Vision Strikers’ were cut short by NUTURN Gaming at VCT Challengers 2 in Korea. Despite reaching the semifinals, VS was the team expected to make it to Iceland.

“As Vision Strikers look to take back their title as the best team in Korea, they announced the addition of Byungchul “BuZz” Yu and Myeongkwan “babo” Kim to their remaining lineup.”

BuZz is a Jett and Raze main that started his Valorant career in Cloud9 Korea. After the team was dissolved, he joined BearClaw Gaming. The team was eventually let go of, due to complications with management failing to pay the players. The ex-BearClaw Gaming players formed Team MUYAHO, an organization-less roster. BuZz was not long ago signed by Rio Company, just at the end of March.

The team’s second addition, MaKo, is a primarily Jett, Sage, and Raze player. The 19-year-old has been brought on board from TUBEPLE Gaming. Yet, MaKo started his Valorant journey by playing in the organization-less team “BE INFAMOUS”. From there, he was picked up by TUBEPLE at the end of January of this year. However, the team is gradually crumbling. Therefore, this was the perfect opportunity for Vision Strikers to pick up the young talent.

“With a 6-man roster consisting of some of the best players in the scene, it is now up to Vision Strikers to take back their throne in the upcoming VALORANT Champions Tour Stage 3 Korea.”