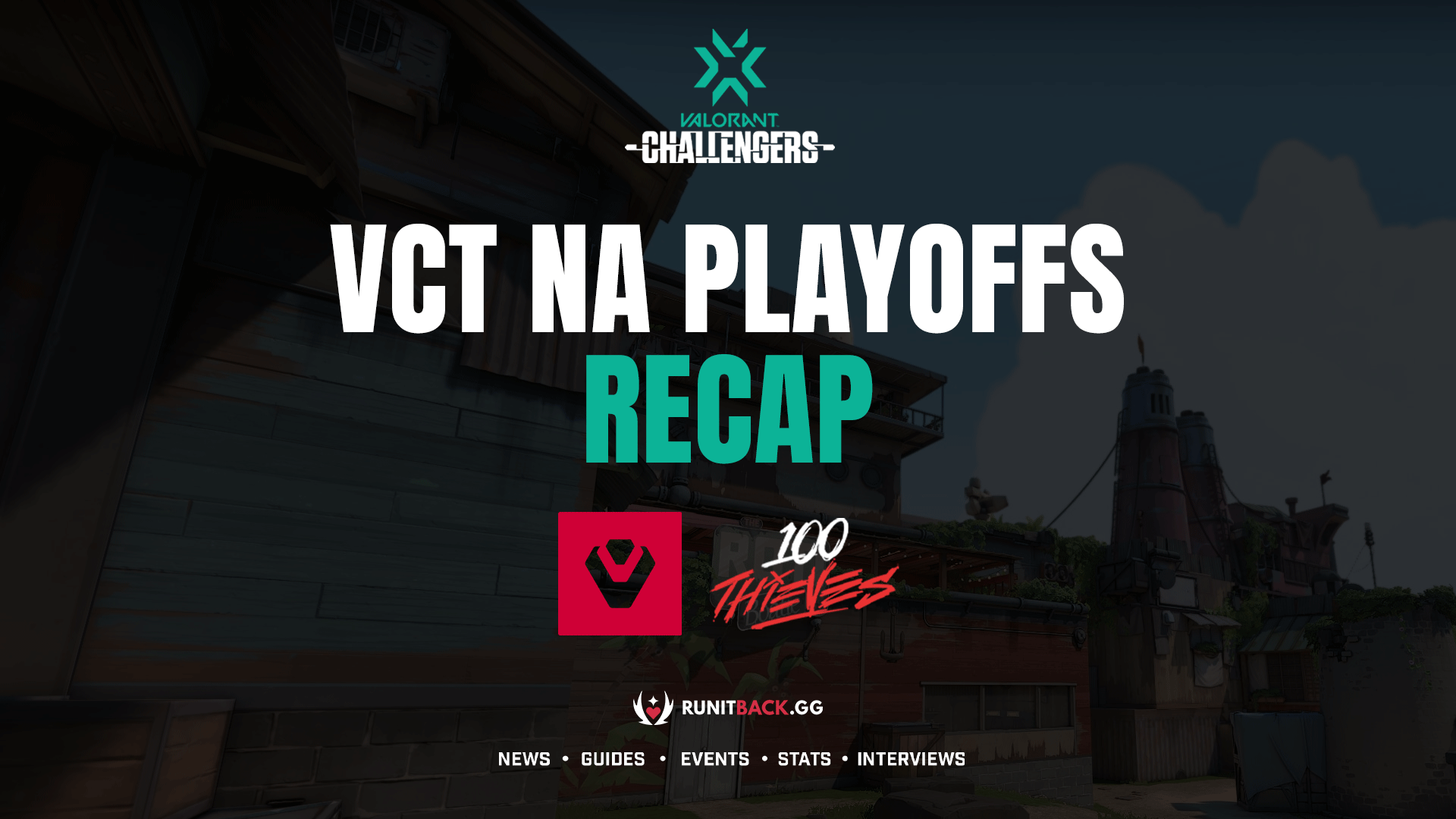 The VALORANT Champions Tour (VCT) in North America for Stage 3 has come to a close. The Grand Final of the event saw the two American giants, 100 Thieves and Sentinels go head-to-head in a best-of-five showdown. 100 Thieves were seeking revenge after their loss in the Upper Bracket Final. Sentinels have stayed on top for a while now and did not want their mojo defamed before going to Masters Berlin. The final was exciting and we got ourselves a winner who will receive #1 seed from NA in Berlin.

The opening map between the two NA giants emerged to be Bind. Sentinels kicked off their campaign on defense by bagging the first two rounds. On their first gun round, Ethan “Ethan” Arnold won the 1v1 alongside a 3k to get his side up on the scoreboard. SEN, however, quickly went back to winning ways with two straight rounds, extending their lead to 4:1. A joint 4k from Spencer “Hiko” Martin and Joshua “steel” Nissan brought them their second round on attack. This was met with a bigger lead extension from SEN as a stride from Tyson “TenZ” Ngo on Reyna brought them four straight rounds.100T snagged the last two rounds of the half to make it a manageable 8:4 before side switch.

Hiko‘s side opened up the second half with a pistol win as well as a success on the anti-eco. The comeback dream was moved forward in time as SEN quickly retaliated with two rounds of their own to pull ahead 10:6. However, that sparked a small fire in the 100t tent as they went on a four-round streak with the whole team contributing to the chase. That was only met with two straight rounds from SEN to get within match point. steel and co. grabbed one more round before Sentinels closed off Bind in their favor at a very tight 13:11 scoreline.

Up next we were taken to sunny Breeze. 100t clinched the pistol after a successful defuse and a 3k from nitr0. The anti-eco went their way as well. However, SEN found their winning ways on the first and second rifle round to get in the game, tying it up at 2:2. SEN got one more round before their opponents got two rounds in return to stay within reach. TenZ‘s 3k brought SEN their next round before dapr felt like having a 3k of his own to give SEN two rounds. The Thieves took one more round before SEN took two to put them up 7:5 in the half.

100T found success on the pistol round on attack, making it a 6:7 deficit. This was followed up by the anti-eco to square it up. Hunter SicK” Mims’ 3k brought SEN their first round on defense to put them up 8:7 in return. SEN followed up with more successful rounds from that play as 100T attack would often crumble upon site entry. At a 10:7 lead for SEN, the Thieves finally took back one round as Peter “Asuna” Mazuryk was getting to work on Reyna. This was followed by a crazy spraydown from Jared “zombs” Gitlin that helped SEN secure their 11th point.

In return, the duo of Hiko and steel gave 100T their 9th round to stay within reach at 11:9. 100T continued applying pressure and finally managed to square it up at 11:11 as it was anyone’s game. Hiko won the 1v1 against SicK to put 100T up on Breeze. Finally, the Thieves rode the wave, leaving zombs in a 4v1 before nitr0 swiftly dealt with him for 100T to secure the win at 13:11.

The triple-bombsite map saw Sentinels get to work swiftly as they bagged the first 4 rounds on defense to get going. 100T struggled to hold their ground on attack, often getting caught in crossfires and out-smarted. Finally, an A-site push was complemented with a 3k from Asuna to put a round up on the board for the Thieves. Hiko and co. rode the winning wave for one more round before Sentinels went back to winning ways to put them up 6:2 after clinching 2 rounds.

A zombs 3k phenomenal spray on C brought SEN yet another round as they were gaining wind. Sentinels’ SicK, Shahzeb “ShahZaM” Khan, and zombs were pushing SEN forward as the half finished with a 9:3 lead in their favor.

The round kicked off with a sketchy entry by TenZ onto A site to give SEN the first blood. This was followed up by a 1v3 clutch by ShahZam to give them the pistol and be up 10:3. Despite a strong pistol from 100T, leaving SicK in a 1v2, he clutched out the round to widen the lead gap with one more round as 100 Thieves had a long way to go if they wanted to clinch Haven for themselves.

Next, the duo of steel and Hiko were left in a 2v4 in the following round and them backing off resulted in SEN reaching match point. Something clicked in the heads of 100T plalyers as they looked sharp when having their backs against the wall, getting themselves 3 straight rounds to keep the dream alive. Finally, SEN closed out the affair after Hiko failed to get the defuse in time after winning a 1v1. Haven went to Sentinels at a 13:6 scoreline.

Split opened up with dapr bringing the heat on attack with a jumping 3k on Classic to put his side up. Despite a rather costly anti-eco, SEN edged it out to take the first two rounds of the half. The first gun round for 100T went wrong as yet again dapr broke through to get SEN their 3rd round. ShahZam brought some wall-hack like plays on round four as his double kill through Viper’s wall resulted in a collateral kill to add to his side’s victory. Finally, a lurk from Asuna saw 100T put up the first round on the boards on defense at a 1:4 deficit. Asuna continued coming up big by getting an Ace utilizing Jett’s Bladestorm to narrow the round difference.

SEN finally bounced back to make it 5:3 as 100T retreated from the B site retake to save rifles. That was followed with a team effort to take A site from vents and extending their lead to 6:3. ShahZam‘s 3k guaranteed his side the 7th round while the subsequent round crumbled for 100 Thieves as SEN simply isolated each player to win duels. Lastly, Hiko failed to clutch out a 1v3, leading to a 9:3 half for Sentinels.

The second half opened with a phenomenal play from TenZ getting a 3k to deny entry onto the A site. The anti-eco also went to SEN with dapr getting a filthy knife kill onto Hiko to establish dominance. SEN were up 11:3 at that point with 100T with a big job on their hands to make the comeback. The next round was another clean up as it was an eco round for 100T. At the first match point, steel opened things up with a 2k to get his side a round. Hiko and co. were not giving up yet as a forceful A site entry with Viper’s Pit brought them another round, making it 12:5 and still a long journey ahead to make the comeback a reality.

On an eco round with 1 Operator on ShahZam, SEN managed to close out Split in the most unlikely fashion. dapr finished off the map with a 2k onto steel and nitr0. Sentinels took Split for themselves at 13:5 and therefore won the BO5 with a comfortable 3-1.

Sentinels are the Champions of Stage 3 VCT NA Challengers Playoffs and take first seed at Masters Berlin for NA.