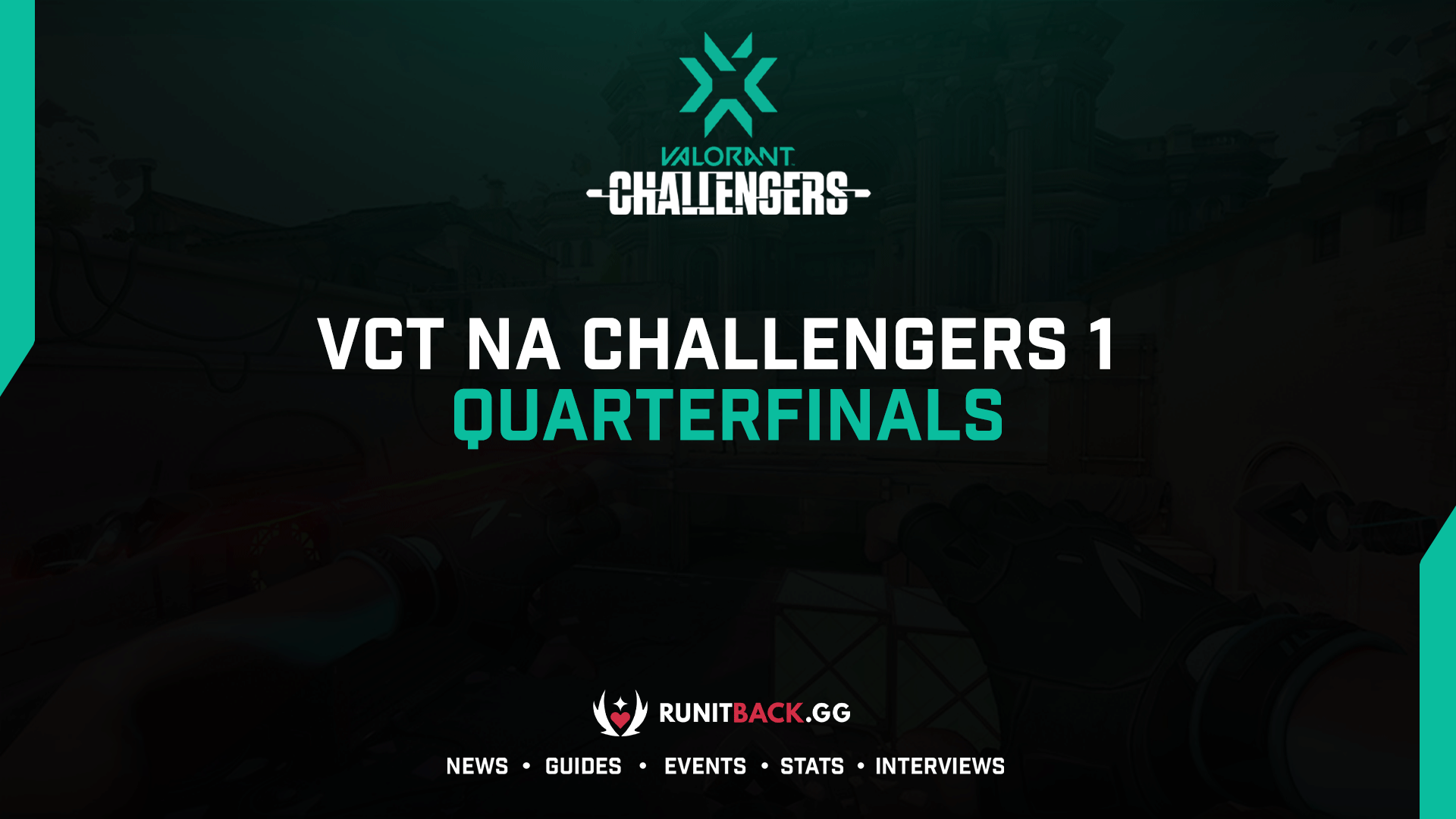 The battle for seeding is underway in the VCT NA Challengers 1 Qualifier. After a long and, at times, shocking start to the qualifying event, the top eight has been decided.

The Open Qualifier now finds itself in the Closed Playoff Bracket stage. Eight teams have been shrunken to four. The Quarterfinals are done and the remaining teams will fight for the best seeding possible as the Main Event approaches February 4-7.

NRG had absolutely no problem pushing past Gen.G Esports. Gen.G is considered a talented team on the NA Valorant scene, but NRG made it look easy during the Quarterfinals. The first map was Bind and saw NRG only drop two rounds on their defensive half. Gen.G picked up the pace as they switched sides, but NRG attacked just well enough to net three rounds and the 13:8 map win.

Haven was even more of a beatdown. The first half ended with NRG up 8:4. Not a single map was taken by Gen.G after halftime. Five rounds into the half and it was all over. NRG handled business with an impactful 13:4. In the series, Ryan “Shanks” Ngo and Sam “s0m” Oh did what they do best, netting 46 and 44 kills respectively.

Team Envy is arguably a top three team in North American Valorant. They proved it here against Luminosity Gaming. LG has shown themselves to be quite the competitors as of late. That didn’t matter to Envy whatsoever. Even with a top fragging effort by Diondre “YaBoiDre” Bond, Luminosity Gaming fell 13:6 on Bind.

Split was much closer. More LG members stepped their game up, but so did the members of Team Envy. Victor “food” Wong brought out a battle Sage and dropped 23 kills. Unfortunately for Luminosity, the second half saw them as the attackers. Envy shut it down on defense and finished it 13:10 to advance in the VCT NA Challengers 1 Qualifier.

XSET is really coming into their own as a Valorant team. After toppling TSM to qualify for the Playoff stage, they looked to knock Immortals out of the event. Immortals had other plans, however. Icebox was a barely a challenge as IMT won 13:4. Andrew “ShoT_UP” Orlowski managed to put up 23 kills in this quick map.

The final map of the series came out to be Haven. XSET put up much more of a fight here, but ShoT_UP continued his dominating ways. 21 kills went his way, as well as 21 on the opposite side for Jordan “AYRIN” He. Haven was attacker heavy as both teams had their best halves on the offensive. IMT was just able to squeeze out more and move on with a 13:10 victory.

Andbox put up a fight, but they were not ready for the Sentinels roster. Split started with an incredible first half showing by Sentinels. Only one round was won by Andbox out of the 12. A comeback attempt began as Andbox defended, winning six in a row and an eventual seventh. Two attacking round victories was enough for Sentinels to take the map 13:8, however.

Map two took the series to Icebox. This was much closer than the previous meeting on Split. In both games, Jay “sinatraa” Won dominated his way to the top frag position. That helped Sentinels to eight attacking rounds and finishing things off with five defensive victories. The Icebox win of 13:11 sent Sentinels to the semifinals of the VCT NA Challengers 1 Qualifier.

Stay tuned to Run It Back for breaking news, guides, and further coverage of the Valorant Champions Tour!