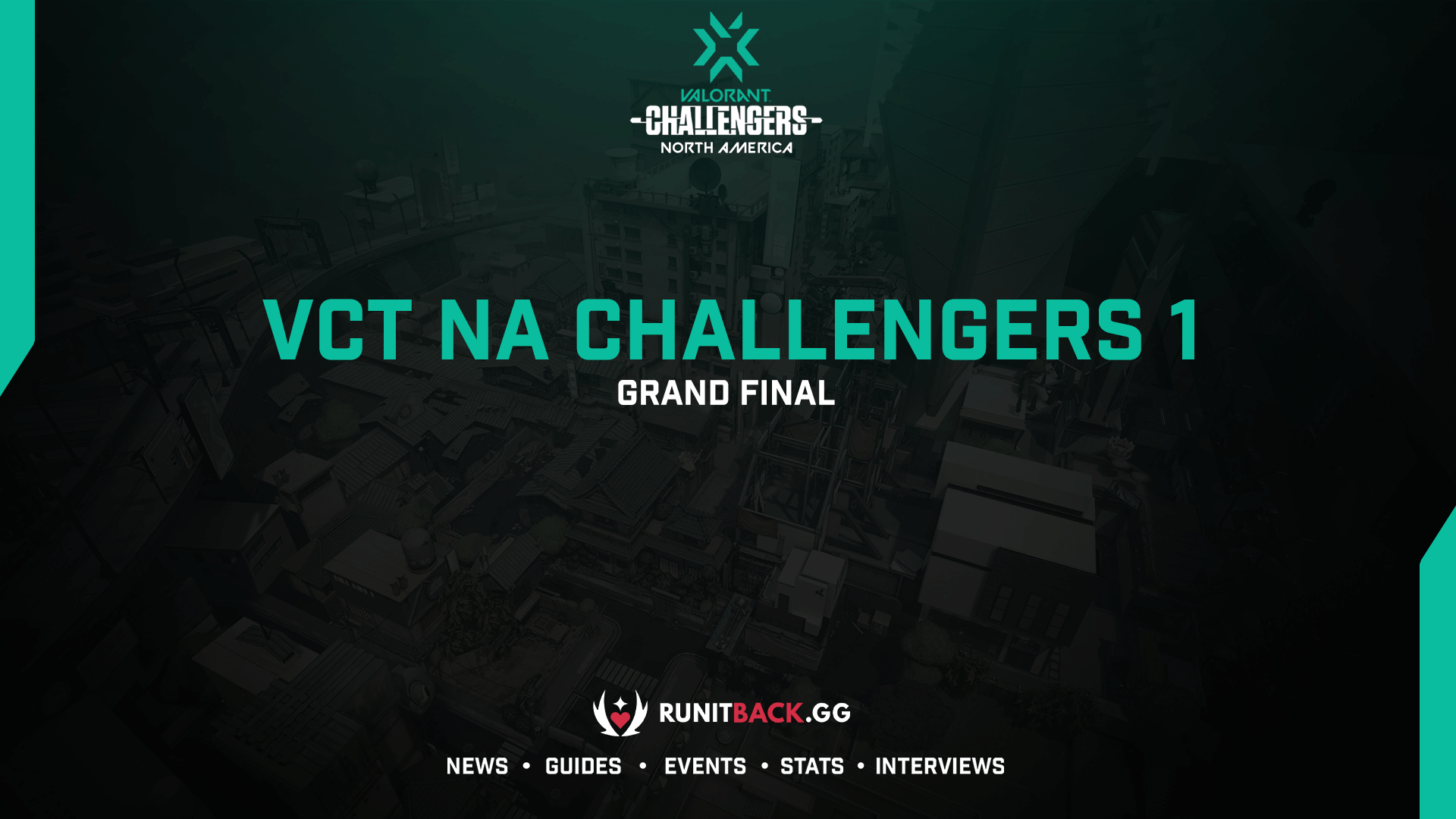 An insane two weeks of Valorant has finally wrapped up. It all started with the round of 128 in the open qualifiers. From there, teams battled their way through the bracket for seeding. After that, the Main Event approached with the top eight teams in their rightful places. All of that has come down to two teams and the VCT NA Challengers 1 Main Event Grand Final. Sentinels fought their way through the Lower Bracket as Immortals waited for them.

Run It Back has the results on just exactly how the best-of-five Grand Final played out.

What the graphic doesn’t show is that Immortals started with a single map advantage due to Sentinels coming from the Lower Bracket. Only four maps would be played if it went the distance. The first map, technically considered the second, was Split. This was Sentinels chance to tie things up immediately. They did just that.

Immortals was given no ground to stand on by the Sentinels squad. As the attackers, Sentinels dominated. There were three scattered rounds won by Immortals in the first half, ending it down 9:3. As halftime approached and the sides switched, Sentinels were hell bent on taking their first map. Four easy defensive rounds went in their favor. Split finished with a brutal 13:3 score.

Sentinels picked up exactly where they left off. It seemed like nothing would stop them from from winning the VCT NA Challengers 1 Main Event Grand Final. Immortals captured precisely one round before Sentinels reached their seventh. The final four rounds of the first half were all Immortals, though. They looked to turn things around going into halftime with a 7:5 round count.

Hunter “SicK” Mims was characteristically insane with Phoenix as his Agent. Immortals tried to push back, but SicK and his Sentinels teammates would push even harder to maintain their lead. The aggressive attacking side of Sentinels was overwhelming for Immortals. No matter how many picks Immortals managed, Sentinels somehow found a way to win. A 13:8 finish gave Sentinels a leg up in the series.

Icebox saw Immortals put their foot down in the first round. Sentinels forced a buy in the second, however, and immediately halted any momentum. Shahzeeb “ShahZaM” Khan put on a clinic with the Operator, keeping Sentinels on top. Immortals would use the Operator skills of their own Rhett “Kehmicals” Lynch to at least grab a few rounds. ShahZaM definitely delivered more as his team’s Operator user in the first half. Sentinels and Immortals would switch sides with the former ahead 8:4.

The ShahZaM show continued with Jay “sinatraa” Won also joining in on the fun. The second half started off incredibly quick due to their dominating performances. It was in almost no time at all that Sentinels took a lead of 11:4. Another 3K Operator round by ShahZaM pushed the team to the finish line. Not a single second half round went in Immortals favor. The most surprising thing to come out of this event is that the Grand Final did not go the distance. Sentinels won Icebox 13:4.

All four of the final teams in the VCT NA Challengers 1 Main Event are guaranteed a spot in the upcoming Challengers 2 tournament. Sentinels, Immortals, Luminosity Gaming, and XSET bypass the open qualifier. Four more teams will round out that Challengers 2 Main Event bracket. Congratulations to the qualifying teams and good luck to the hopefuls looking to join them.

The four top teams of Challengers 2 will then advance to the first Masters event. Competitive Valorant is heating up, folks.

Stay tuned to Run It Back for breaking news, guides, and event coverage, including the Valorant Champions Tour!