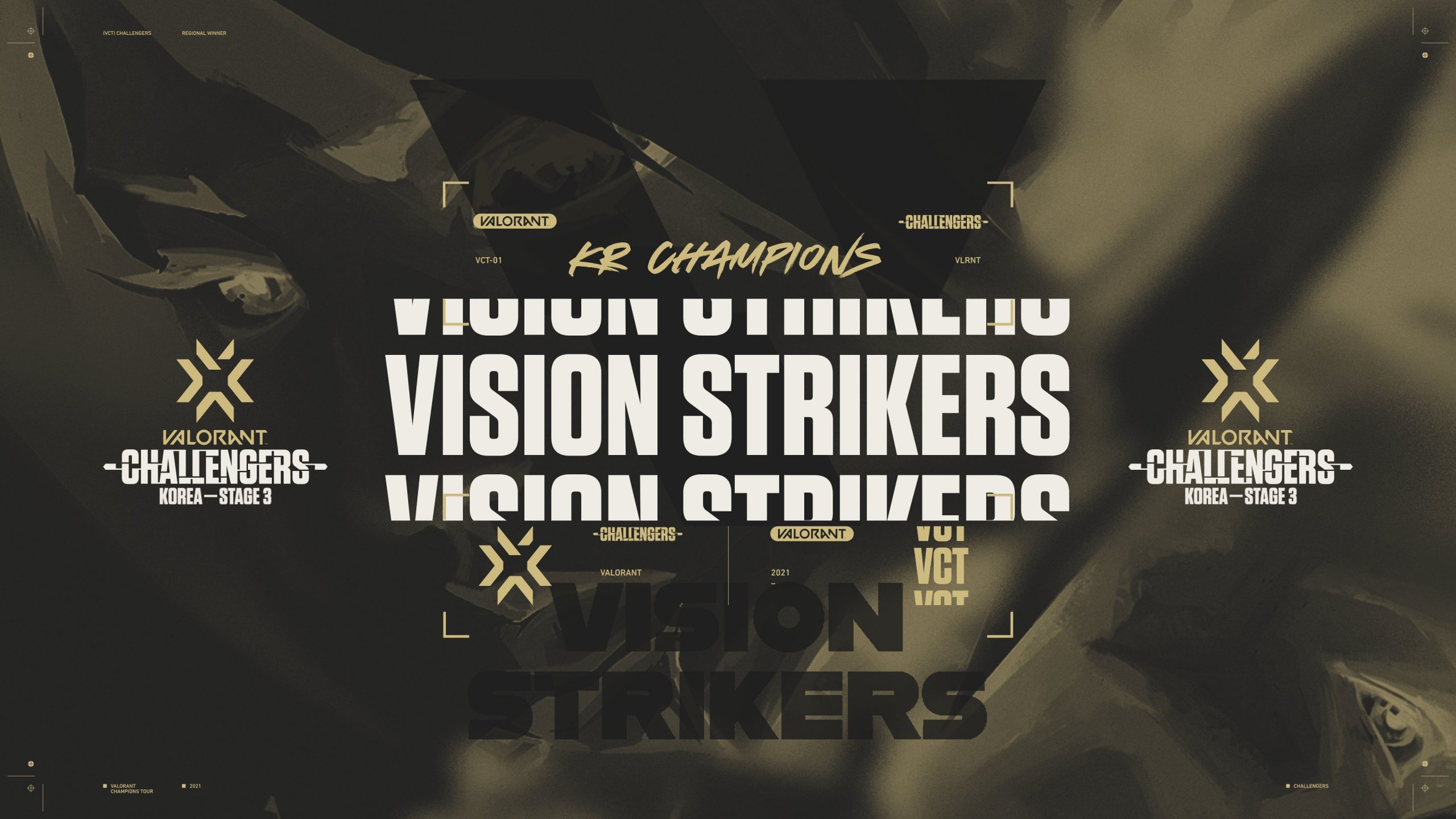 After nearly a month and a half of fierce competition, Vision Strikers went out and have been crowned the Grand Champions of VCT Korea: Stage 3 after a decisive 3-1 victory in a best of five (B05) against upstart squad F4Q. The team showed dominance throughout the day with precise teamwork, brilliant calls, and deadly aim. Not to say that F4Q didn’t fight back, but Vision Strikers just seem to be in a tier of their own currently. In a way, this win was poetic. After all, F4Q was the team that put a stop to Vision Striker’s dominant 102 series win streak earlier this year and now the team was finally given the opportunity to dish out some payback.

Let’s take a look at how the Final went down.

There’s not much to say about this map. Vision Strikers are probably the best Icebox team in Korea. It’s a map that most teams in the region just don’t like to play, but in the vein of Astralis’ Nuke of CSGO fame, Vision Strikers have turned the map into their playground. Their defense was nearly immaculate, only losing the bonus round to the better-equipped F4Q. Kim “MaKo” Myeong-kwan and Lee “k1Ng” Seung-won were both stalwarts. They held the line on both sites brilliantly and their aim was deadly.

For F4Q’s part, it really felt like they were hitting their heads against a brick wall and just couldn’t get through. Fakes didn’t work. Defaults ended with one or two of them getting picked off and forced into a numbers disadvantage. Rushes were fairly successful if one defines success as “just being able to plant the spike”. But then the post plant would fall apart almost immediately against well-coordinated retakes. Chae “Bunny” Joon-hyuk did throw a curveball and surprise us all with a Jett pick, but it just didn’t look very effective on him even though he was the top fragger on his team. Eight kills just doesn’t cut it, especially against the best of the best.

There’s really just no other way to put it. This map was a one-sided stomp from start to finish. In the end, Vision Strikers won with a dominant 13:1 score line.

Fortunately F4Q were able to bounce back even after that thrashing they received in the first map. Still, Vision Strikers did make the win very troublesome. Bunny was off the Jett and back on his signature Raze and his impact was immediately felt. Just as an example of what Bunny can do with his movement, check out round 18 of the match. Kim “stax” Gu-taek was attempting to push into the A-site with a k1Ng holding the entrance to heaven. Bunny then killed k1Ng  with a judge. Before stax could react to the call by turning towards heaven, Bunny was already behind the Vision Strikers’ IGL, having bounced through A ramp and main with his blast packs before gunning him down. Kim “Zunba” Joon-hyuk came alive as well, coming out as the top fragger in the map and even managing a quadra-kill in a desperate 2v5 situation.

The first half was basically as one-sided as Vision Striker’s attacking side on Icebox. F4Q managed to win a staggering 10 rounds. However, when the sides were flipped, Vision Strikers managed to start clawing their way back with some beautiful reads from stax. The VS IGL just seemed to know where the chink in F4Q’s armor was at all times. Yu “BuZz” Byung-chul came alive as well with some really flashy entry frags.

At the tail-end of the game, it was F4Q that managed to close things out despite the mounting comeback from Vision Strikers. Thus did VS drop their first map in the entire tournament. The score line ended up being 13:9 in favor of F4Q.

As has been the case every time Vision Strikers played on Bind, k1Ng was subbed out and Kim “Lakia” Jong-min was subbed in. Round 1 really set the tone for this map and instead of letting us describe what happened, you can witness it for yourself:

BuZz and Goo “Rb” Sang-min charged into the map roaring like lions. Rb, especially. He ended up getting the most first kills out of anyone in his team and never gave up the first death. Those are some really good stats for a duelist. Being able to take opening duels and just outright win them every time gave VS so much control over the map and allowed them to make F4Q play their game.

F4Q tried their best and what resulted was a lot better than what happened in Icebox. Still, it just wasn’t enough for the streamer dream team. Again, it was the post plant and opening assault that plagued them, except this time they were on the defensive side. Never mind the clutch moments from Vision Strikers’ players, F4Q were simply outmatched on the map. However, shoutout to Jeong “Esperanza” Jin-cheol (who was given the MVP award of the tournament by the way) for this epic play on Sova:

At this point, Bind really isn’t a map that anyone can just look to play against this team anymore. It really does look like Vision Strikers has the map all figured out. In the end, the score line was 13:5 in favor of Vision Strikers.

The fourth map of the series emerged to be Ascent. Despite the change of scenery, it was the same story. Vision Strikers were just the dominant team. However, we do have a specific player that we want to bring to the spotlight once again, MaKo. The way he lurks and plays Astra is so incredibly smart. His game sense is off the charts. Time and time again, F4Q’s defensive rotations were completely cut off by his lurks. He would just smoke for his team from across the map and show up unexpectedly ready to shoot an unfortunate victim in the back. MaKo was extremely reliable all series long, but you could really feel his impact on Ascent. Of course, everyone on Vision Strikers played well. Again, stax was just getting the right reads all the time and leading his team and really setting them up for success on Skye. Meanwhile, k1Ng was right up there along with MaKo in the fragging department. He locked down sites completely after the initial take and made sure whatever defense F4Q was able to muster was stopped in its tracks.

F4Q just got hit with a force that they couldn’t block or deflect. Again, it felt like the team was simply outmatched against this new and improved Vision Striker squad.

In the end, it was a score line of 13:5 once again in favor of Vision Strikers. They took the map and with that the entire tournament.

With the finals laid to rest, now is the time for vindication.

Both Vision Strikers and F4Q have secured the number 1 and 2 seeds given to Korea for Masters 3: Berlin. In the last International LAN, Korea’s representative NUTURN showed just how good the region can be by securing the third place. If VS play like they did today and throughout the tournament, then they’ll definitely have a shot at winning it all. Many had felt that this team was robbed of their chance at international glory, but now the opportunity is here to show the world what they’re made of.

F4Q, on the other hand, is a team that shouldn’t be trifled with either. Their aggressive playstyle and mastery of their chosen agents have made them a powerful offensive force to be reckoned with. While in the end they couldn’t climb over the hill, F4Q had a really good showing throughout the entire tournament. From the formation of their team to now, they fought and they struggled. Their hard work really did pay off and who knows how far they can go if they keep reaching for the stars?

It’s gonna be really exciting to see how they’ll fare against the world’s best in Berlin.