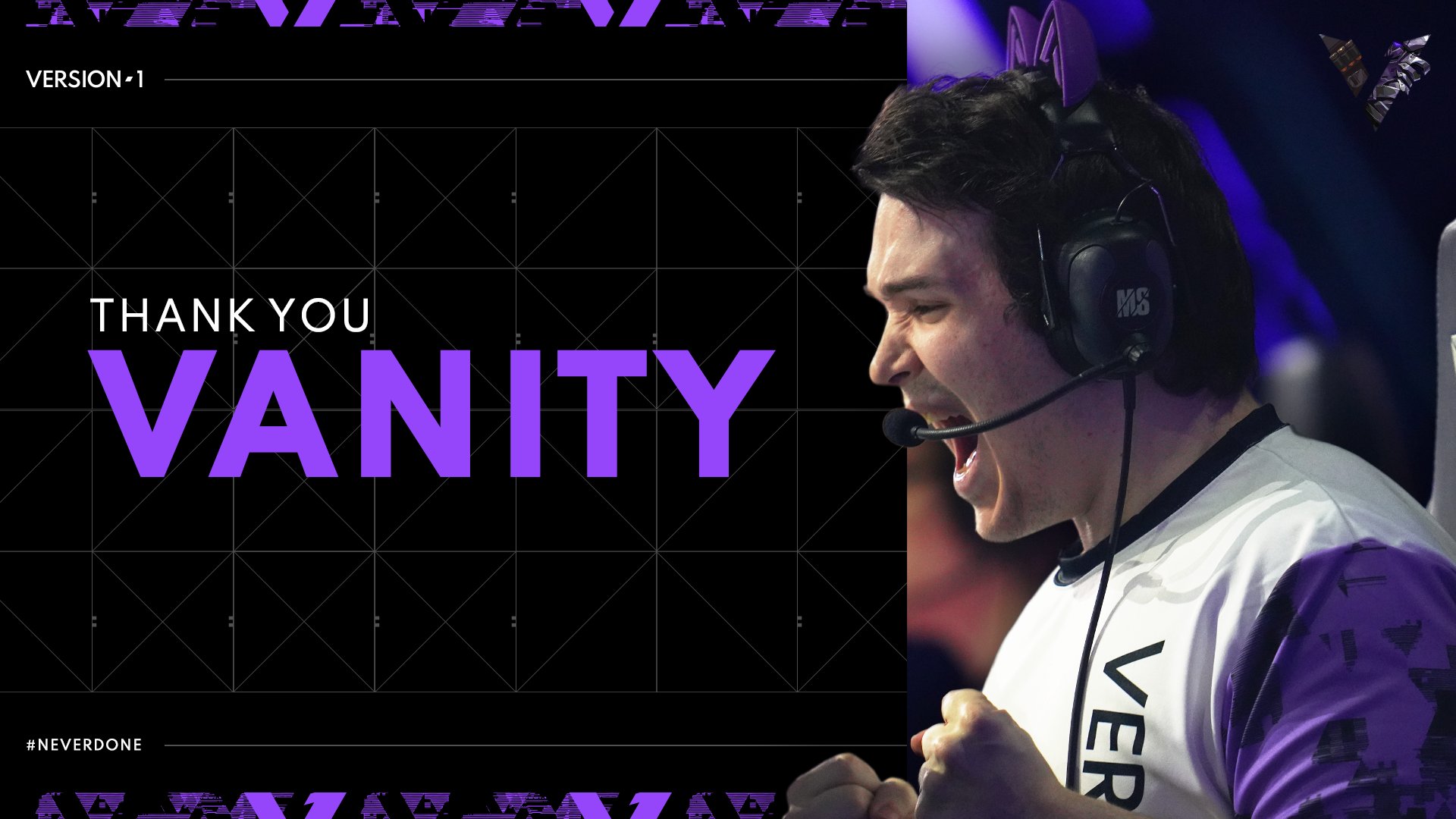 After a relatively successful five month stint in V1, it has been confirmed that Anthony “Vanity” Melaspina is leaving the organization to join Cloud9 Blue VALORANT squad. The upstart IGL led his former team to a respectable showing in Masters 2: Reykjavik after surprisingly securing second place in the NA VCT Stage 2: Challengers tournament.

He explained his thought process behind the move in a video uploaded to his Youtube channel. “I think in the long run this move will be beneficial to my career.” He stated in the video. Vanity also did not hold back in giving praise towards the V1 organization or his teammates. “There’s no bad words for my teammates. They were great. I love those guys. I mean, we made Valorant history together.”

As of yet, there has not been any announcement from Version1 on who will be replacing their former IGL. Meanwhile, with Vanity added to the mix, Cloud9 are now boasting a possible 7-man line up. This move also means that he will be reuniting with his former teammates Nathan “leaf” Orf and Erick “Xeppaa” Bach from the disbanded Chaos CSGO roster,

While V1 and C9 Blue both are out of contention for Masters 3: Berlin, the two teams will still have a shot at making it to VALORANT Champions through the Last Chance Qualifier later this year.