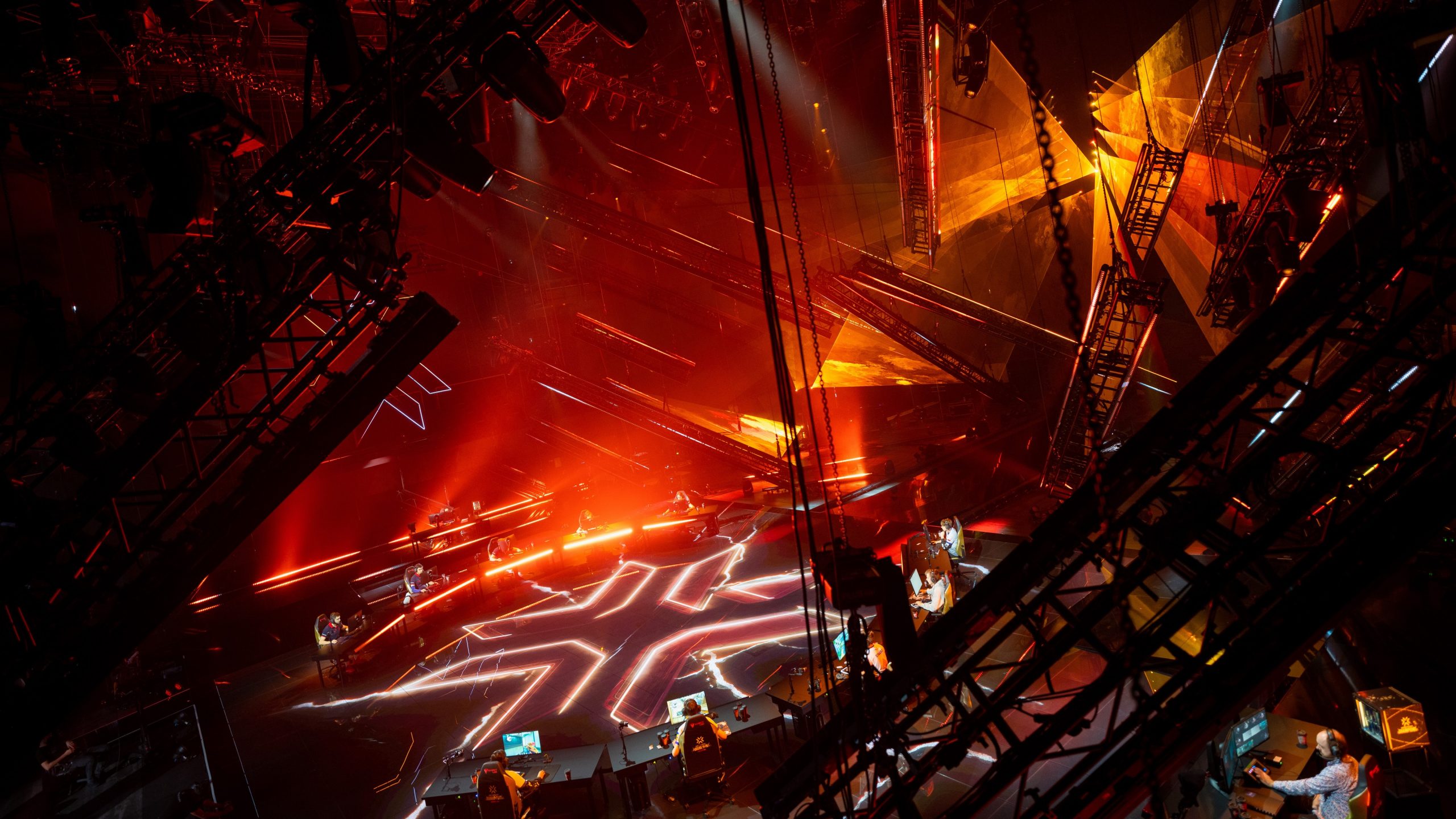 Over the course of the 2021 VALORANT Champions Tour (VCT), we were introduced to new teams and new metas that were thrilling to watch. Over time, many agents solidified their place at the top of the play rate, while others lingered in obscurity. The culmination of VCT 2021 was VALORANT Champions, the end-of-year tournament to crown the best team in the scene this year. In this tournament, we saw many teams from various regions compete for that coveted title, with Acend from the EMEA region ultimately taking the crown. However, another highlight of the tournament was the diversity in team compositions. Teams decided to mix it up by playing new agents, changing up team comps, or engineering brand new ones for the newest map: Fracture. So, in the grand finale of VCT 2021, which agents thrived, and which agents languished in obscurity?

For transparency’s sake, comparisons will be made between Champions and the regional Last Chance Qualifiers. The LCQ’s were the closest major VCT tournament relative to date and patch. While Masters Berlin was close to Champions, the LCQ’s were closer, so they will be used in this analysis.

Despite taking significant hits in pick rate, Astra and Skye both remain one of the highest-picked agents at VALORANT Champions. Sova’s decrease was not enough to dethrone him as the 2nd highest-picked agent overall, and Jett still has not come down from the clouds.

Something that stuck out was a large gap between the least-picked agents and the “middle-of-the-road” agents. Typically, there are some agents that linger in the 5-15% pick rate range as teams experiment and try new comps to catch their opponents off-guard. However, the pick rates jump from Brimstone (at 4.23%) to KAY/O (at 18.31%), which is a 14% jump. There is a similar jump from mid-pick agents to the medium-high picks, going from Sage (at 28.17%) to Skye/Killjoy (at 42.96%), almost 15% difference. And a third break from medium-high to top picks is from Skye/Killjoy (at 42.96%) to Viper (57.75%), another near 15% jump.

While looking at numbers is all well and good, it is also important to look at the why. Why did powerhouses like Astra and Skye see such massive cuts? What caused such a strong ballooning in agents like Breach and KAY/O? What strings were pulled to create these large rifts between agent pick rates?

The regional Last Chance Qualifiers took place on patch 3.07 (and some 3.08). There were no significant agent changes between then and Champions (played on patch 3.10). The last massive agent change was patch 3.06, with the Skye/Jett nerfs coupled with the KAY/O buff. There maybe be some residual effect of that patch on Champions.

There is a possibility that since the LCQ tournaments took place too close to patch 3.06, a variety of teams did not have enough time to experiment with KAY/O. However, two months time is enough to experiment and apply a new agent like KAY/O. His core mechanics are similar to Duelists, so it is not a complete skill change to go from Skye to KAY/O. Therefore, experimentation does not take as much time as making a player try a whole new agent class.

It seems like Champions was more prone to fixed comps. Teams ran, practically, the same Duelists and Controllers, only really leaving variation for Initiators (and some Sentinels). Here are all the maps and their agent picks for VALORANT Champions:

The next highest agent is Killjoy (25%)

Note, the next highest agents are all agents with a 25% or higher pick-rate that are below the most picked agents for each map. 25% means they appear 1 out of 4 times on that map (which means 1 out of every 2 games on the map, as 1 map has two sides). This makes them less of an anomaly, and more of a substitute.

As you can see, the only maps with some diversity at VALORANT Champions were Split and Fracture. However, for the majority of maps, the first three or four slots are set, with the remaining slot or two being open to changes. This would explain the large stratification in the general map picks: Sova, Jett, Astra, and Viper are great on a large number of maps, but they are also reliably picked. Skye and Killjoy are picked on lots of maps, but they also appear in the end slots, only after the must-picks are locked in. And those at the bottom see little to no play on any map, at the whim of the greats.

While there were some variations between Sentinels, it was not super prevalent. When a team picked a map, they tended to stick with the premier Sentinel for the map; Sage for Icebox, Cypher for Breeze, Killjoy for Ascent. Only a few maps saw some movement around, mainly with Killjoy and Sage. This led to less experimentation with Cypher, who was typically given up for a Killjoy or Sage, or swapped out for a Viper.

In contrast, several maps saw movement between Skye, Breach, and KAY/O. All three have a pseudo-Duelist vibe, acting as a team’s entry maker, space clearer, and information gatherer. Skye saw a massive drop in play on three maps: Ascent (-24.55%), Breeze (-20.83%) and Haven (-9.06%). On these three maps, the other two saw massive inflation in their pick rates: KAY/O on Ascent (+33.48%) and Breeze (+29.17%) and Breach on Haven (26.09%). Skye also saw little change in pick rate on Bind and Split (both less than a 5% increase). These are maps she thrives on, so it is strange to see her pick rate not move as much. However, if we look at KAY/O on Bind (+14.75%) and Breach on Split (+25.52%), we see that these Initiators were substituted in. So, Skye’s sharp drop can be attributed to Breach and KAY/O seeing more play.

Map vetos are a great tool for teams to prevent an unfavorable situation. At the VALORANT Champions event, in every best-of-three (BO3) match, four maps ended up being banned. The grand final was an exception as it was a best-of-five (BO5), meaning two maps were banned. Map vetos can affect agent pick rates, as some agents are very map-dependent, meaning if their map sees less play, they see less play as well.

Common small maps with choke points like Bind (19 bans), Ascent (15 bans), and Haven (14 bans) were the top bans at the tournament. The only map to top them was Fracture (20 bans). This is important because one agent, in particular, is a near must pick on that style of the map: Astra. This cuts into Astra’s pick rate significantly as it leaves Breeze and Icebox open, where Astra sees zero play on. Even with Haven and Ascent still being the most picked maps, had there been fewer bans, they would have been played more.

In a similar vein, Fracture being picked for the first time, Breach’s pick rate ballooned. Meanwhile, Ascent and Haven, being the top picked maps of the tournament, helped inflate Killjoy’s pick rate, who is a near must-pick on them. For the same reason that Astra’s pick rate tanked, Viper’s pick rate shot upwards. This is due to Breeze and Icebox being played more and she is a must-pick agent on them.

What is the puppet master?

In a nutshell, there was not one single factor that shifted the agent pick rates. However, the main culprit of the reason for such a strong shift in agent choices are the maps themselves. With no other agents that can do what Jett, Viper, Astra, or Sova do, to the degree they can do it, several maps are locked down in terms of what comps can be run. There won’t be major map overhauls, so the design of a map can limit which agents can be picked. And because of this, major changes in the map choices will also wildly affect the agent pick rates, regardless of nerfs or buffs.

Either way, the VALORANT Champions tournament was a great case study to see just how important map pools can be to the overall health of the meta. Having a wide and diverse set of map designs can uplift an agent to the highest echelons of play. It will be interesting to see how this changes in VCT 2022.

Attending university on my Master's in Mathematics, working as an on-campus tutor and writing about what I enjoy. For Run-it-Back, I mainly write about Valorant and esports, combining my love of Math and video games! I also love food, Pokémon and League!