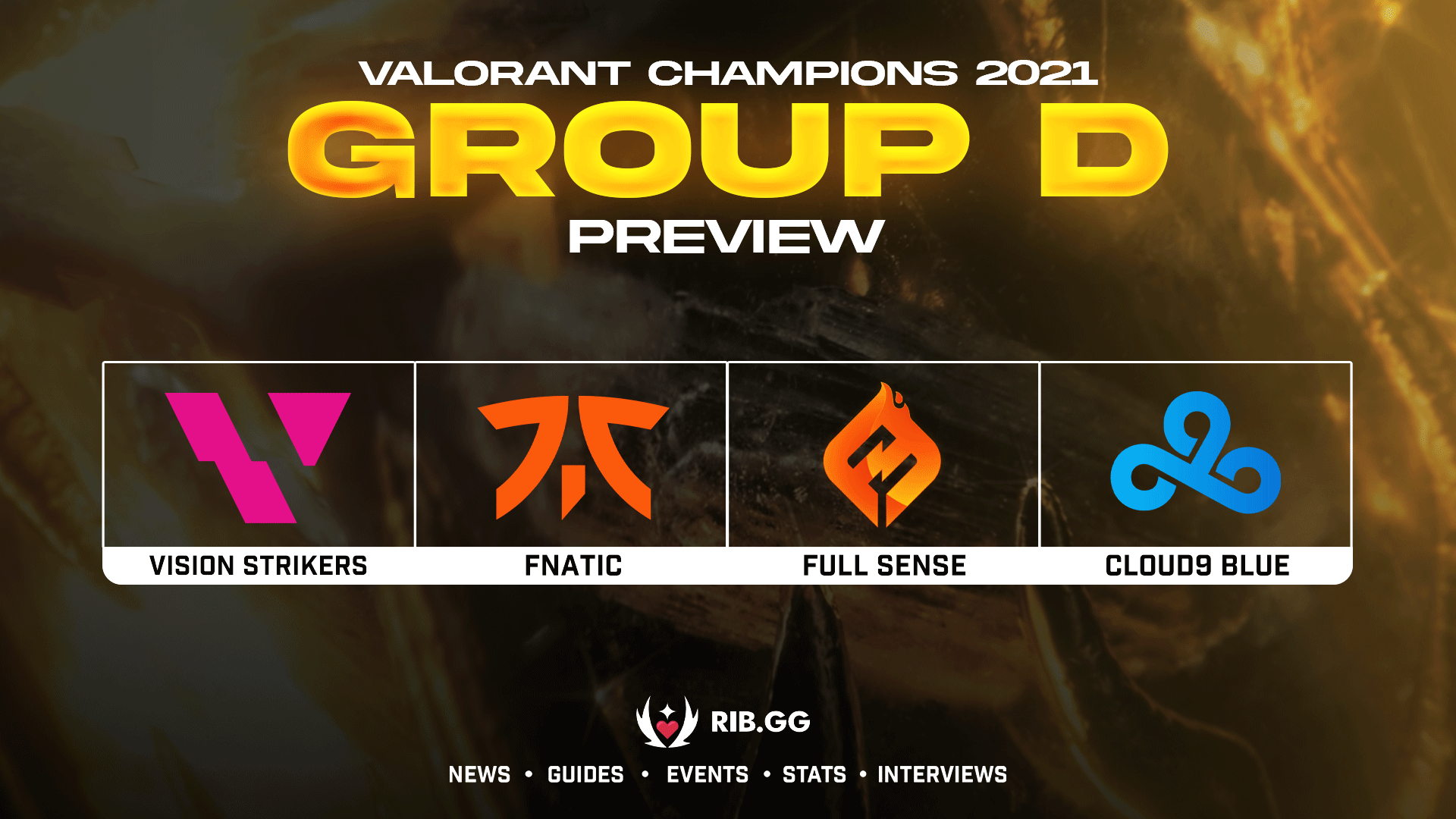 It’s been a wild year for VALORANT, but now Champions is right around the corner. 16 teams from all corners of the globe are gearing up for one final clash to end the year. The word “excited” doesn’t even begin to describe how pumped we all are to see the best of the best go head-to-head on LAN. Every player has high hopes but only one team will emerge victorious. It will take great grit, skill, and mental fortitude to make it to the top of the mountain and now each team will be put through the ultimate test.

If you missed out on our previous comprehensive previews then don’t worry! We’ve got the links for them down below:

With that out of the way, let’s just jump straight into it.

The powerhouse and only representatives of Korea are back and they’re hungry for glory. At playoffs of Masters Berlin, Vision Strikers were the only team to take a map off of the eventual winners of the tournament Gambit Esports. Now they’ll have another chance to prove their prowess in the final and most prestigious VALORANT tournament of the year.

The team has been dominant since the early days of the Korean VALORANT pro scene. After all, they were the team that pulled off an astounding 102 series win streak before falling at the hands of the now disbanded team F4Q. After that, a major loss to NUTURN in Challengers Stage 2 called for changes to be made. The new and improved Vision Strikers then went forth and once again began sweeping the local competition. Make no mistake, this is a super team with each position boasting some of the best that Korea as a region has to offer.

Make sure to look out for Kim “stax” Gu-taek, the team’s IGL and captain who’s never afraid to make bold plays and Kim “MaKo” Myeong-kwan whose clutch factor and impact is a beauty to behold.

By now, Cloud9 can probably be considered one of the most storied esports organizations in North America. However, their VALORANT team struggled quite a bit on the NA pro scene. Now, however, the org managed to put together a deadly roster with the addition of one of NA’s premiere IGLs.

“Close, but no cigar.” That has been the narrative of Cloud9 Blue this year. Many times they’ve made it close to the finish line only to stumble in the end. That all changed after NA’s Last Chance Qualifier where the team made a stunning lower bracket run to make it to Champions. They even did it by beating Rise, the team that sent them to the lower bracket in the first place. It’s been a twisting path for the team, but now they’ll have the chance to prove themselves on the international arena. Out of the five players, only their IGL, Anthony “vanity” Malaspina, has competed on international LAN under the banner of Version1.

Watch out for the duelist duo of Erick “Xeppaa” Bach and Nathan “leaf” Orf. These two will definitely be looking to cause chaos on the server.

Speaking of storied organizations in esports, let’s talk about Fnatic.

Fnatic made waves in the first VALORANT international LAN by achieving a solid second place at Masters Reykjavik. Despite losing the Grand Final with a 0-3 score line to Sentinels, each map was hard fought. After this, the team struggled to really put up any major results. Their third place finish at Stage 3 Challengers at least ensured their qualification to Champions via circuit points. The team has shown that they can reach great heights before, but the question remains: Will they be able to do it again? Group D contains some stiff competition, so they better pull out all the stops.

Expect Nikita “Derke” Sirmitev, the team’s Finnish Jett ace, to make some waves and for team captain Jake “Boaster” Howlett to have some of the best antics on stage!

FULL SENSE made themselves known in the VALORANT world by winning the APAC LCQ against Japanese team Northeption. Now they’ll be stepping into the big leagues for the first time ever. They proved themselves to be strong enough to contend within the Asia region, but what about the rest of the world?

FULL SENSE showed a lot of brilliance and perseverance throughout the APAC LCQ. They are a team with a solid game plan and can really start taking over a map once the ball starts rolling in their favor. Throughout VCT Thailand, they’ve been known to be constantly butt heads with fellow Champions team X10 CRIT. The team has gone through much growth since they started out. If they can bring their A game, then the teams from the other bigger regions better watch out. Already, the team proved themselves against Korea by beating NUTURN and DAMWON Kia. Whatever happens, this is definitely not a team to be underestimated by any means.

Look out for both Chanawin “JohnOlsen” Nakchain and IGL Kititkawin “PTC” Rattanasukol. The two are extremely self-sufficient and have demonstrated the ability to take over rounds by themselves.

All of Group D’s teams will be playing on the first day of Champions. First Vision Strikers will be taking on FULL SENSE to open the tournament then EU vs NA will close out the day as Fnatic faces off against Cloud9.

Today, we’ll be diving into the vanguard of every VALORANT composition: Sentinels. In the game, sentinels hold the line when an execute is forced on to their site and are often the ones called upon to clutch up when the situation is dire. It’s a thankless job, but an important one. Thankfully in Group D, we have some very solid Sentinel players to check out.

Regarding a sentinel player’s job, clutching and being able to hold the line against multiple charge opponents are important factors. Are these two stats the only criteria for judging sentinels? Of course not. There are many nuances to the role such as how long can they stay alive when an execute is launched? How well can they soften the brunt of an attack with their utility. Still, these stats are worth checking out for some quick analytical insights. According to them, MAGNUM is the most clutch with k1Ng following closely behind. Over a lifetime however, mitch takes the bag easily when it comes to multi-kills.

With these players going head-to-head, it’s easy to see who can have the higher advantage later into the round when it’s usually just sentinels fighting each other.

Vision Strikers are probably the favorites to come out as first seed in this group, but it definitely won’t be an easy path. FULL SENSE has shown that they are fully capable of taking down Korean teams. However, Vision Strikers are so far ahead of the other Korean teams that even that factor might not matter. Realistically things may come down to a 3-way battle between FULL SENSE, Cloud9, and Fnatic. It’s very hard to predict who would come out on top considering how equal the teams seem to look on paper.

Either way, we’ll all be finding out how things go once Champions start. So make sure you don’t miss out because the tournament will be starting tomorrow, December 1, 2021. Which team do you think will come out on top?