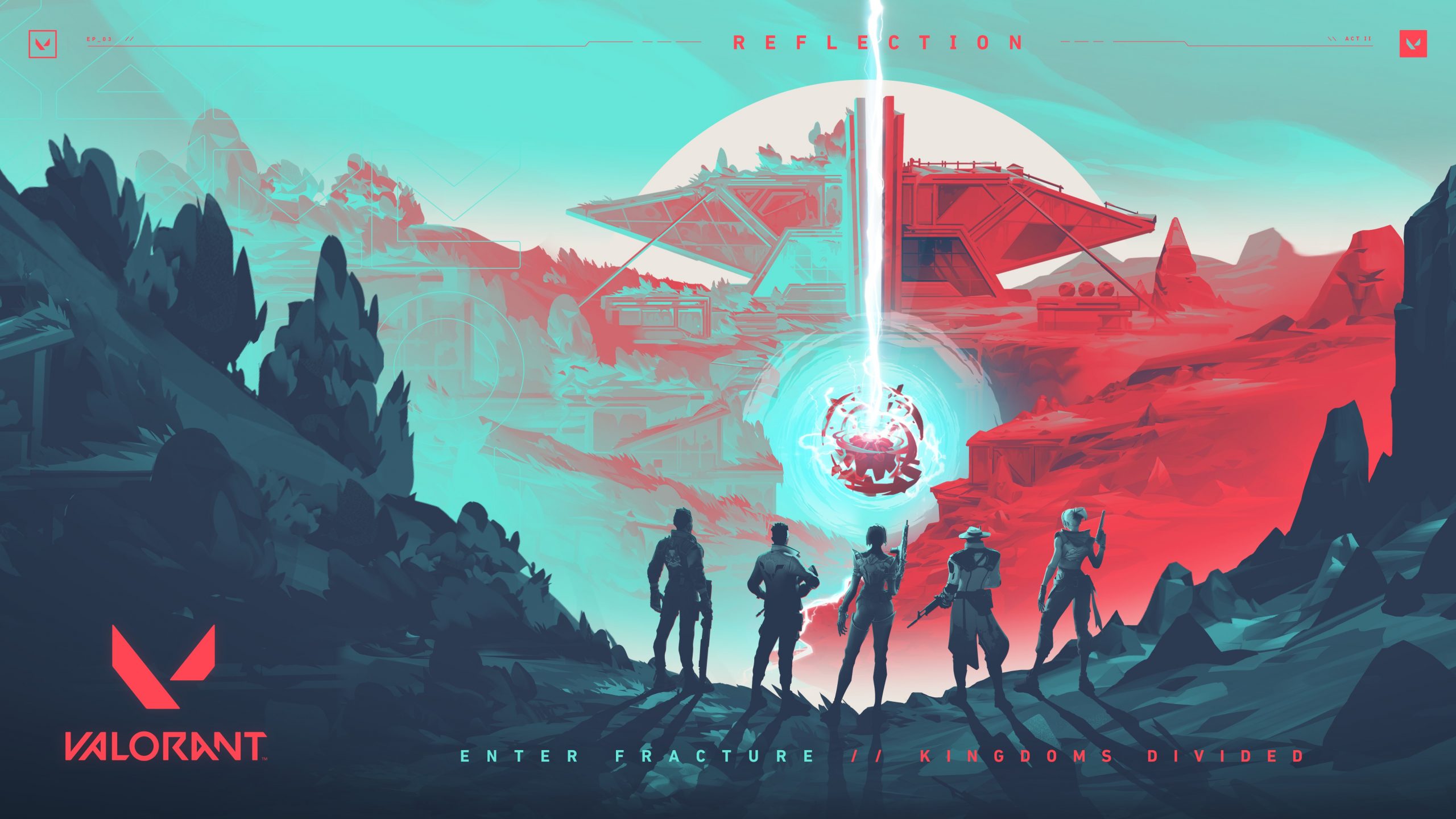 After extending the Act I of Episode 3 by two weeks, the time has finally come to move onto VALORANT’s Act II. This time around, we are not going to receive another agent to the already hefty pool. Act II in VALORANT brings us the game’s seventh map named Fracture (also referred to as Canyon by developers in the interviews).

We are yet to see how Fracture exactly looks like but we’ve received some initial information on features within the map.

The map has a totally new take on the traditional map layout of a square-ish shape. An H layout will be used instead, with the sides of the map having different biomes. However, the most enticing feature seems to be the “interactive objects” on Fracture. What these will look like and how will they work is something we are yet to find out.

Riot Games developers involved in the design process of Fracture have given us some extra insight behind the making of Fracture. We’ve picked up the most interesting Q&As that reveal Fracture’s unique gameplay elements.

What were your goals when designing Canyon/Fracture?

The idea for the map came from a simple question: “What if?” Specifically, what if attackers started on both sides of the map, pinching defenders? We really wanted to ask players to rethink some fundamental assumptions and give them unique problems to solve. For example, for whom is the neutral space really for? From there, the goals just all focused on supporting that “what if.” The H-shape of the map, the neutral spaces, the ziplines, everything is built to reinforce that core idea.

What did you take inspiration from / any notable concepts you wanted to convey with Canyon/Fracture?

A site is distinguished by its arid desert environment with its abandoned facilities deteriorating. B site is contrasted by lush, overgrown foliage left to take over the science facility. The mid building is where the central collider is located, underneath where players can zipline through. Fracture is a special map from a design standpoint, but we also wanted to push unique solutions on the visual side. By having two distinct sides, this allows visually interesting storytelling by prompting players to question the events that took place and the radical results that ensued. It also provides clear player orientation from a visual and callout perspective.

This map might have gone through the most iteration of any of our maps? The core footprint of the map (the actual H-shape) stayed the same throughout, but basically everything else has changed at some point. Scale, paths, structures, mechanical elements (like ziplines), etc. The unique layout took a bunch of reps for us just to understand what the H-shape was going to do to basic strategy.

Having two sides to attack/defend each site from was challenging in early playtests. This led to us giving each quadrant of the map a distinct visual identity so that players can get a better sense of direction and aid with clear callouts.

Fracture will release with the upcoming update 3.05.

Tune in to Run it Back and check out all of our latest news, extensive guides, and exclusive interviews in the world of VALORANT. And remember to join our Discord to enter competitions and win prizes!