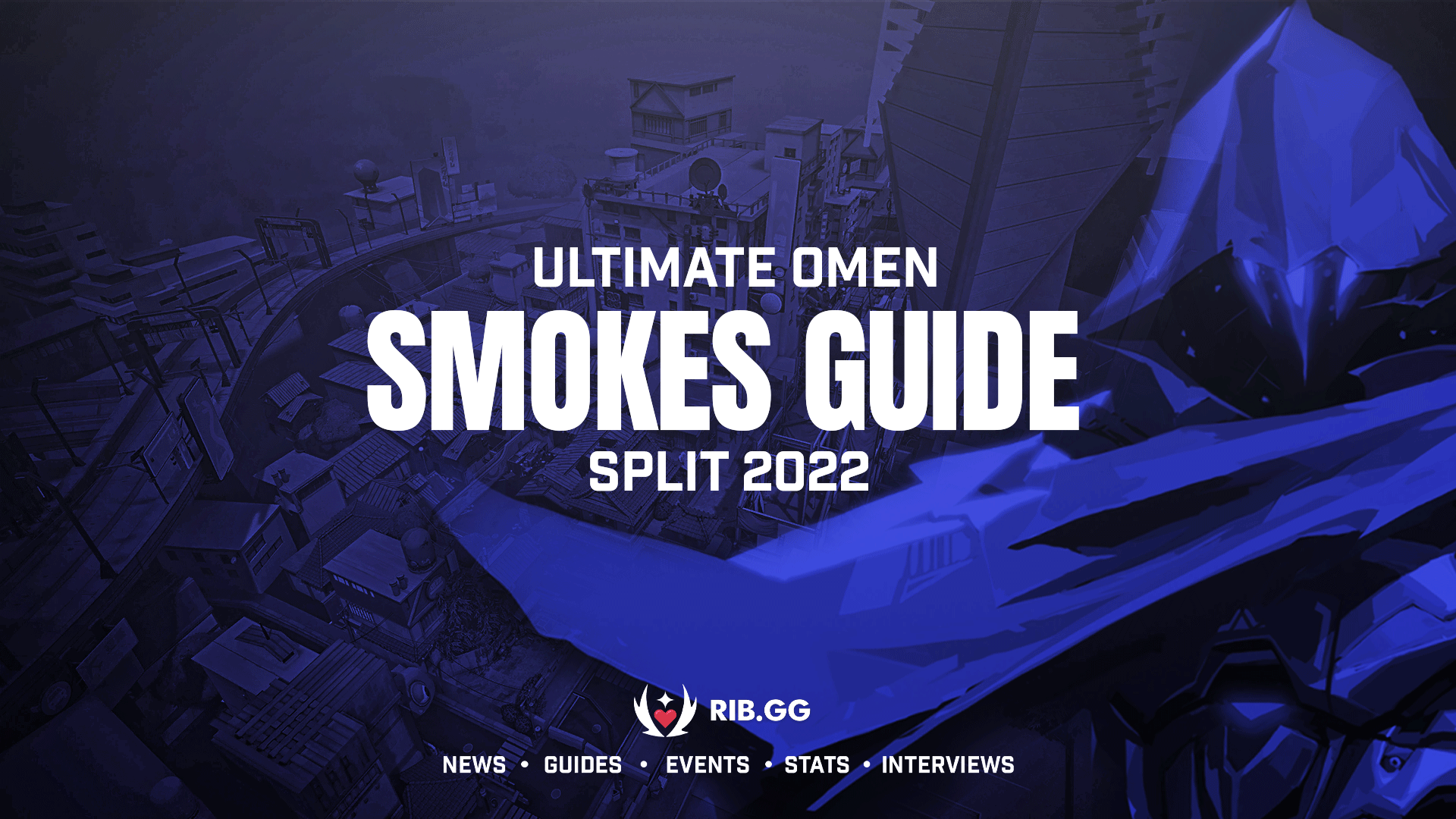 Omen is back in business in 2022. Following a major controller overhaul in VALORANT, 2022 sees teams mix it up in terms of which controller agents they run in their agent compositions. Omen was on the receiving end of buffs and so his viability and pick % on the pro level has gone up. A faster Shrouded Step (teleport) and Dark Cover (smoke) speed were all welcome as Omen mains rejoiced (including myself!).

Split is an excellent map for the mysterious VALORANT agent. Lots of edges, tight corners, and caveats, bring Omen players the perfect playground. We have assembled an ultimate smokes guide for Omen on Split. Basic setups and one way smokes can be found in the videos and short descriptions below. Naturally, there are way more variations and possibilities. However, if you master all the ones below, you’ll surely be a menace for the opposing side.

Nice and easy, those two smokes will deny visibility from Tower and Screens. The Ramp area remains compromised, however, so make sure you either use your flash to assist executing teammates, or have an initiator clear it.

If your team is focused on taking A Tower, then these two smokes will definitely aid in this task. The smoke towards Spawn/Screens should also further delay the defenders’ rotation. The Omen smoke for Ropes can also be thrown into Ropes to cause additional confusion.

Those two smokes are the bread and butter of executing onto Split’s B site. The complexity of the site still leaves a lot of open space, however. Flashes and Sage’s Barrier Orb (wall) are a must to execute. However, by throwing those two Omen smokes, you’ll have done your part at first.

This one is very situational. Sage is a common pick for Split. If the enemy Sage walls-off Mid, hold on to the smokes as you’ll be wasting them. If they don’t, however, make sure to definitely smoke Ropes. The other smoke is not mandatory, but if you fully want to take Mid control, go ahead.

Attack – B site take from Tower

If you’re planning on attacking B site from Tower, we recommend that you go with those two smokes for entry (if you have not used one for Mid beforehand). Rotating enemies will have a harder time and should be stalled for longer. Make sure to flash, or have a teammate throw a flash, to enter Tower.

You have two choices in this scenario. If you’d like to deny the enemy team visibility and the Orb, use the first smoke. The second Dark Cover is a better option if you feel like the enemy attacking team is doing a straight A site rush.

If the attacking team takes both Tower and A site, retake will be a rather difficult task. Denying Tower is key if A site is already compromised and you know you’ll be retaking with your team. Those two smoke variations allow you to buy time and fend off attackers attempting to take Tower.

Defense – B Main/ B Main control

Here, the first Omen smoke is the most basic and safe, however, they can still technically take the Orb. The second smoke allows for an aggressive B main take. However, make sure to have a teammate, ideally with a flash, by your side.

It is usually rare for the defenders to take aggressive Mid control unless attempting a lurk. However, if you want to switch it up along with a teammate, try this risky combo. Make sure to only use it if you feel like the attackers have not stepped onto Mid. This will also allow you to lurk afterwards.

While most of these smokes are more common to be used by the defenders, some can still be useful when defending a planted Spike.

This phenomenal one-way can be rather troublesome for attackers. Make sure to keep them on their toes and sometimes throw this one way without teleporting on to the ledge. Omen’s trickery is an art, always try to switch it up.

Both of these Omen one ways are excellent. However, it can be risky to throw both simultaneously. Instead, try to use one at a time in different rounds. Make sure to also have a teammate by your side.

The first variation sees a one way that can quickly halt a push from the attackers. Ideally, if you’ll be holding from Tower, have a teammate also hold or peek from Main.

This A main variation is for a more defensive approach. It is excellent when paired with an Operator rifle watching, for example, from Screens. Watch out for flashes and wide peeking attackers. Also, Tower can be easily compromised if some of the attackers cross onto Ramp.

This creative one way Dark Cover is seen rarely. However, it is excellent if thrown correctly and you, as the Omen, also position yourself in timely fashion. Make sure that Tower is not compromised before attempting this play as you can be taken out rapidly and are rather vulnerable. 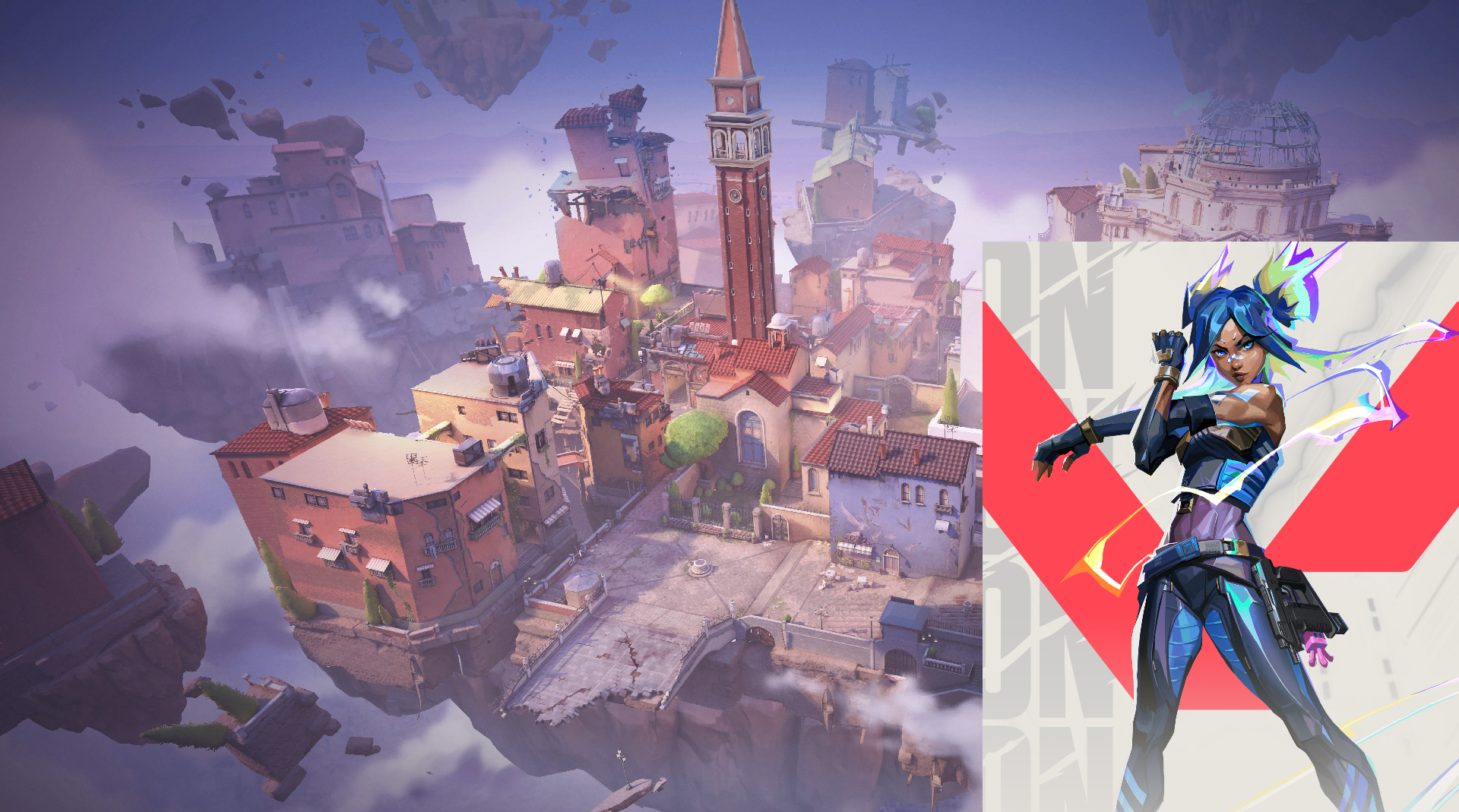 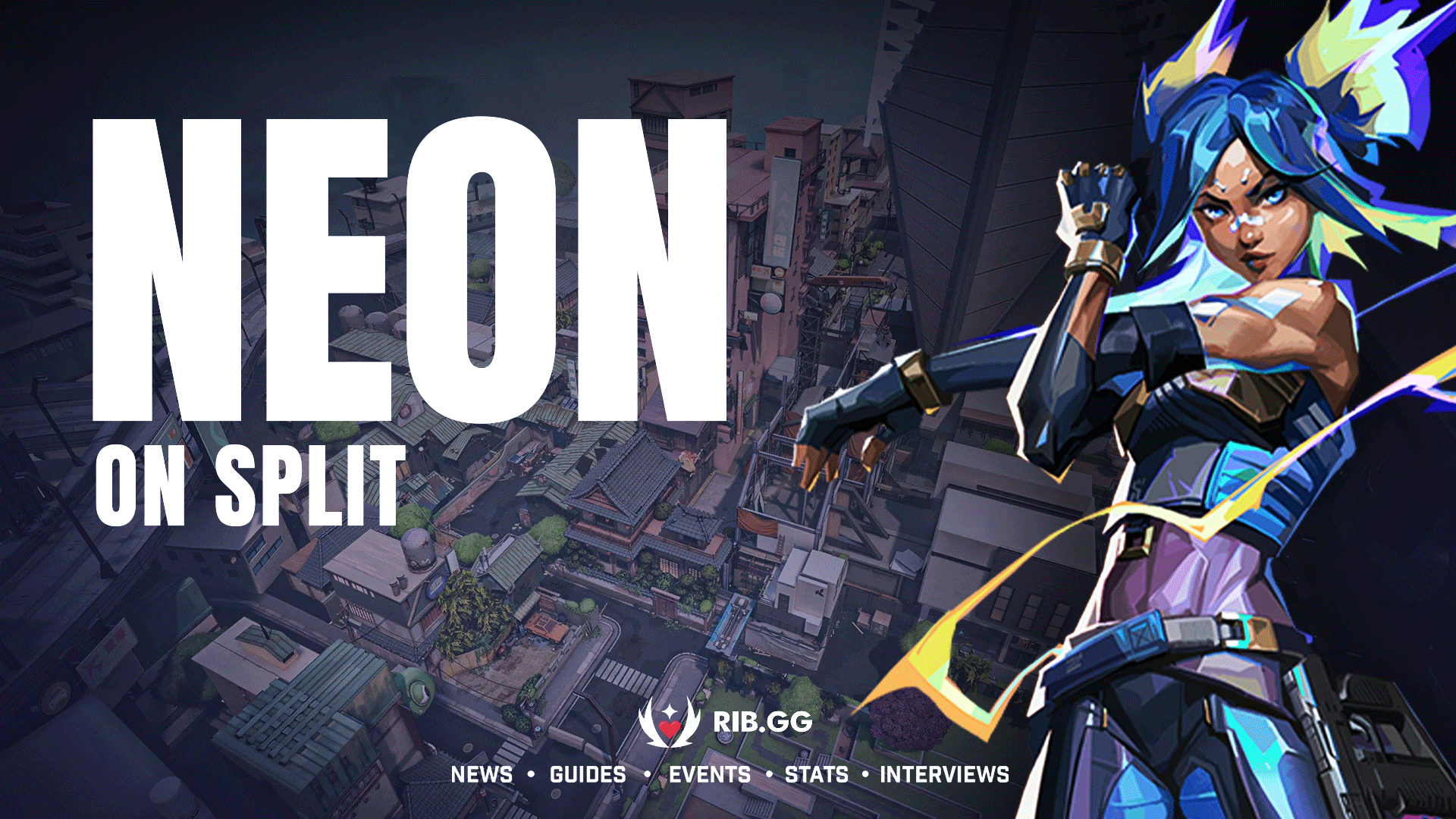