Top Player Transfers of the Week: May 2 – May 9 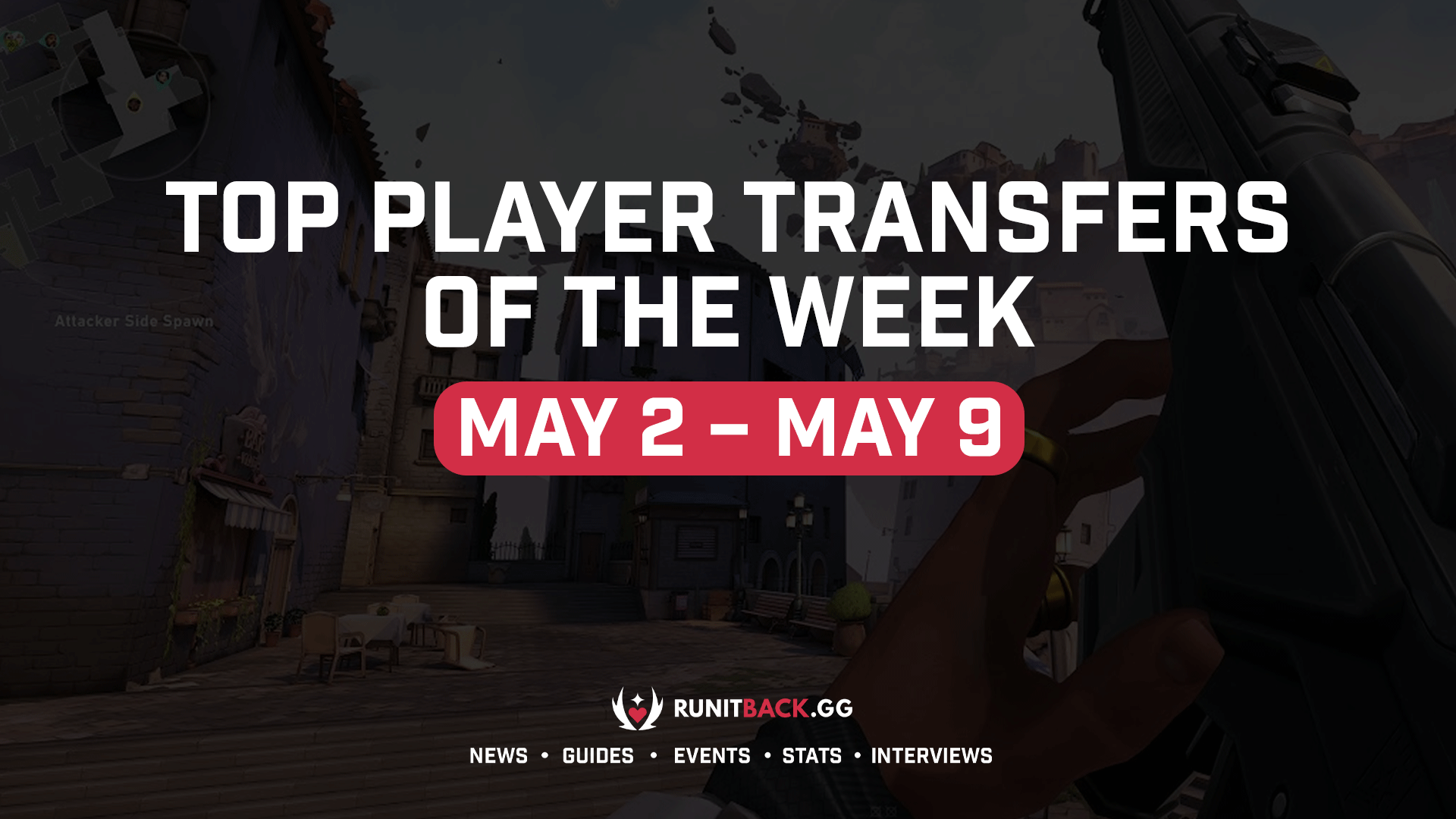 Welcome to our twenty-sixth edition of Valorant Top Player Transfers of the Week. Now that we have a short break before the next VCT event, we’ll likely see a lot of roster moves from the teams that didn’t qualify. Make sure to check out our last installment to stay updated! Here are the top Valorant player transfers for the week of May 2 – May 9.

Noah “jcStani” Smith decided to leave Immortals after his contract with the team expired.

Noble is down to three players after both Dwaine “Jangler” Kirkpatrick and Jadin “Menace” Wagner left the team.

Ruben “RUBINO” Villarroel Brødreskift announced that he is now benched from Team Heretics and actively looking for new opportunities in Valorant.

Ghost Gaming made some roster moves this week, benching Nate “payen” Lopez and bringing in Ryan “ryann” Welsh. To fill up the fifth spot on the team, they signed Yannick “KOLER” Blanchette on trial.

CS:GO veteran Jan “wayLander” Rahkonen joined the German Valorant team IVY after retiring from CS:GO not too long ago.

Thanks for tuning in for our twenty-sixth edition of Valorant Top Player Transfers of the Week. Is there a transfer we missed that you think we should have included? Let us know and tune in next Sunday for our next Top Player Transfers of the Week! As usual, remember to follow us at Run it Back and join our Discord for all your latest news, extensive guides, and exclusive interviews in the world of Valorant.