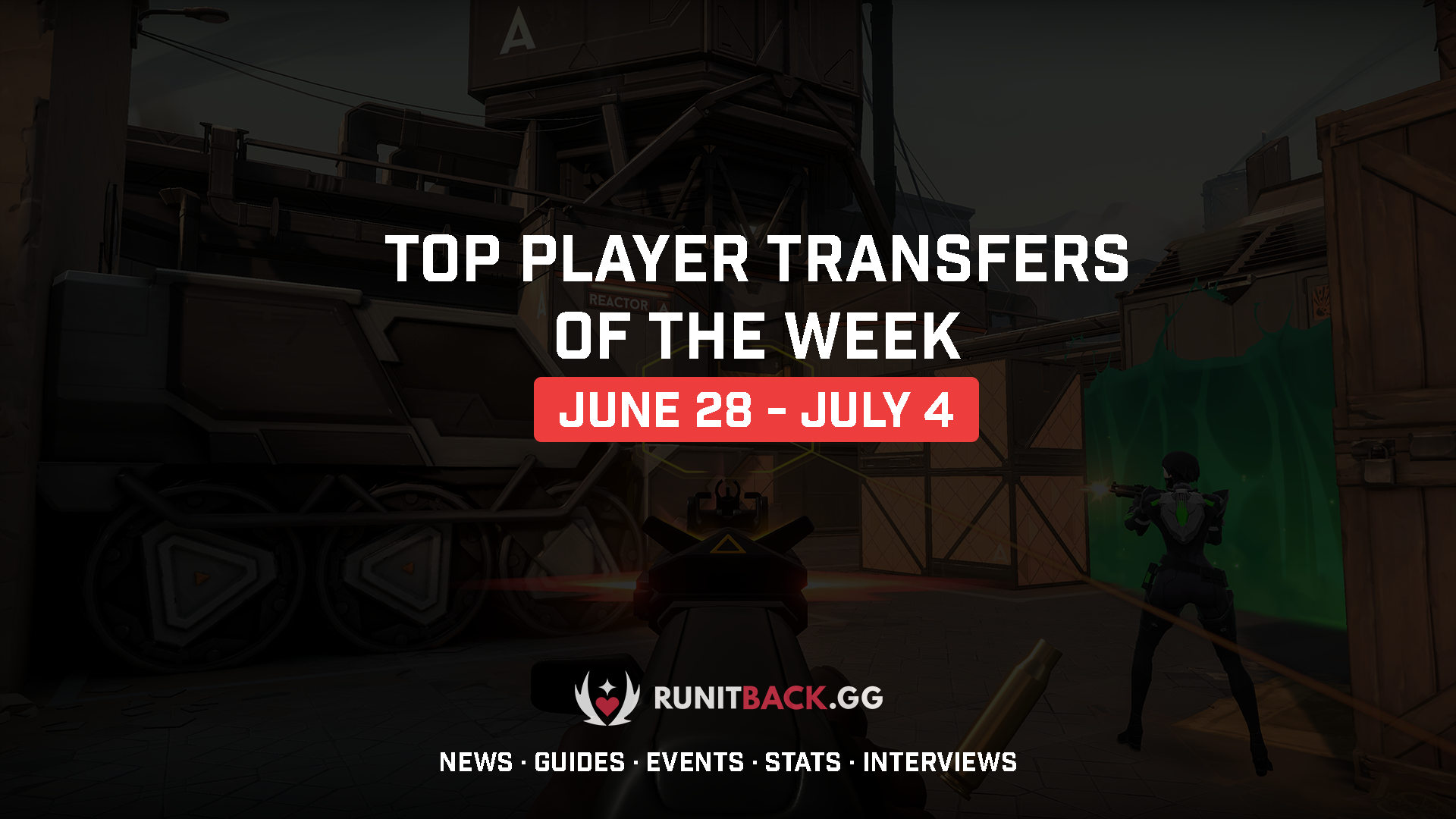 Welcome to our thirty-fourth edition of Valorant Top Player Transfers of the Week! Happy 4th of July to all our American readers! What better way to celebrate the US’s Independence than by reading this week’s top player transfers? I sure can’t think of one. Before you read this transfers article, make sure to check out our last installment to stay updated! Here are the top Valorant player transfers for the week of June 28 – July 4.

After losing most of their old roster last week, FAV Gaming are back at it with a brand new team.

Prior to VCT NA, Version1 brought in Brady “thief” Dever from Luminosity Gaming to sub in for Jordan “Zellsis” Montemurro.

For starters, the team signed both Joseph “ban” Seungmin Oh and Will “dazzLe” Loafman. Tanner “TiGG” Spanu joined as a stand-in while coach Benjamin “trainer” Bravo left the organization and Jared “mac” Schneider took his place.

After dazzLe was acquired by Luminosity, Ghost Gaming signed Danny “huynh” Huynh on trial to potentially take his place.

Just before the start of VCT NA, XSET decided to move Zander “thwifo” Kim to the bench.

Lakia rejoined Vision Strikers after leaving NUTURN Gaming’s roster. He was previously with the team until June of 2020.

Thanks for tuning in to our thirty-fourth edition of Valorant Top Player Transfers of the Week. Is there a transfer we missed that you think we should have included? Let us know and tune in next Sunday for our next Top Player Transfers of the Week! As usual, remember to follow us at Run it Back and join our Discord for all your latest news, extensive guides, and exclusive interviews in the world of Valorant.