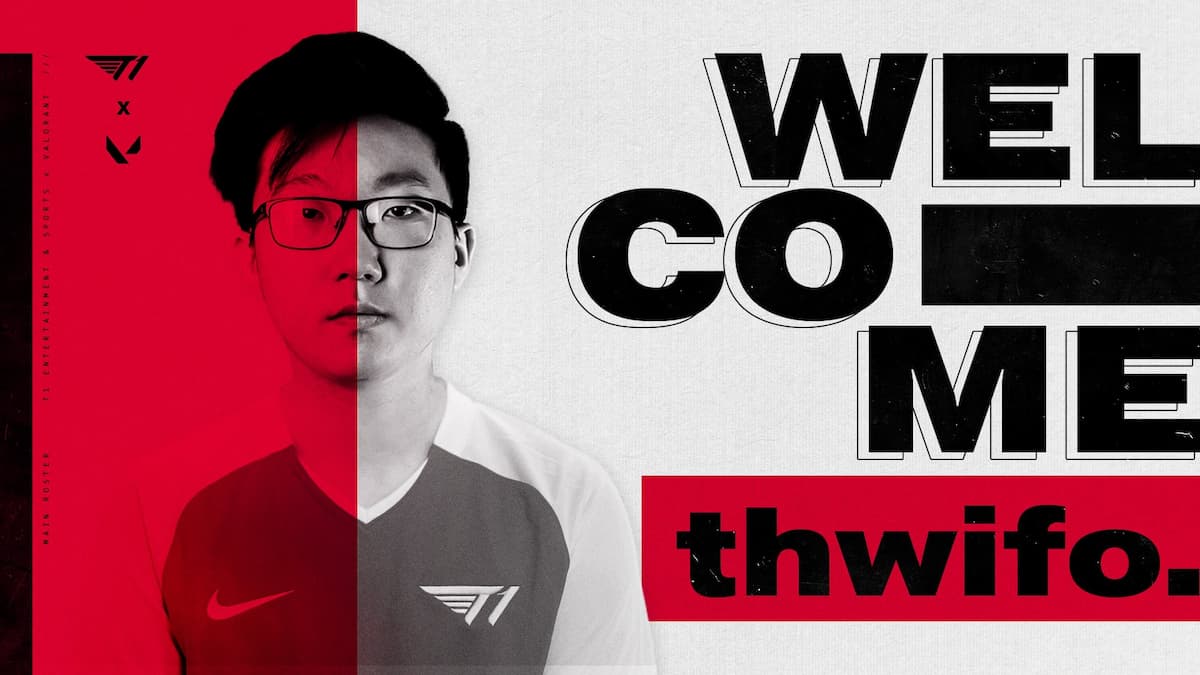 One of the most prominent esports organizations in the world has added another vital piece to their VALORANT roster. With Braxton “brax” Pierce announcing his transition to full-time streaming, T1 revealed the signing of former XSET player Zander “thwifo” Kim.

T1 officially entered VALORANT on March 9, 2020 with the signing of brax. He was considered the first professional VALORANT player and T1 was preparing to dominate the esport. As you know, that is not how things turned out.

T1 has not had a top two placement in a high-profile VALORANT tournament, not counting any qualifier events, outside of their own collaboration with Nerd Street Gamers in June of 2020. Needless to say, the expectations for T1 were extremely high and the results did not match up.

With the addition of thwifo, T1 have another shot at pushing the reset button. He is a player who found much success with XSET before a stint of shortcomings saw him delegated to a bench position. Andbox was thwifo‘s next destination for a short run through the Stage 3 Challengers 2 Qualifier of the VALORANT Champions Tour. That ended with a loss to TSM and a long wait for another opportunity.

There is no doubt that thwifo will be an excellent addition to the T1 VALORANT roster. What remains to be seen is if the so-called T1 curse will continue. The roster is full of talented players as it now includes:

The 2021 VCT is ending and hopes are that a 2022 VCT will be announced soon. That is surely what T1 are setting their sights on. Best of luck to them as this is an organization that put VALORANT on the map when it launched and could elevate the game even further with their die hard fans who want nothing but success.

Stay tuned to Run It Back as for more VALORANT news, including transfer details, event results, and interviews!