ScreaM: “I’ve been training KAY/O for weeks right now but I couldn’t show people how I really look on it.” 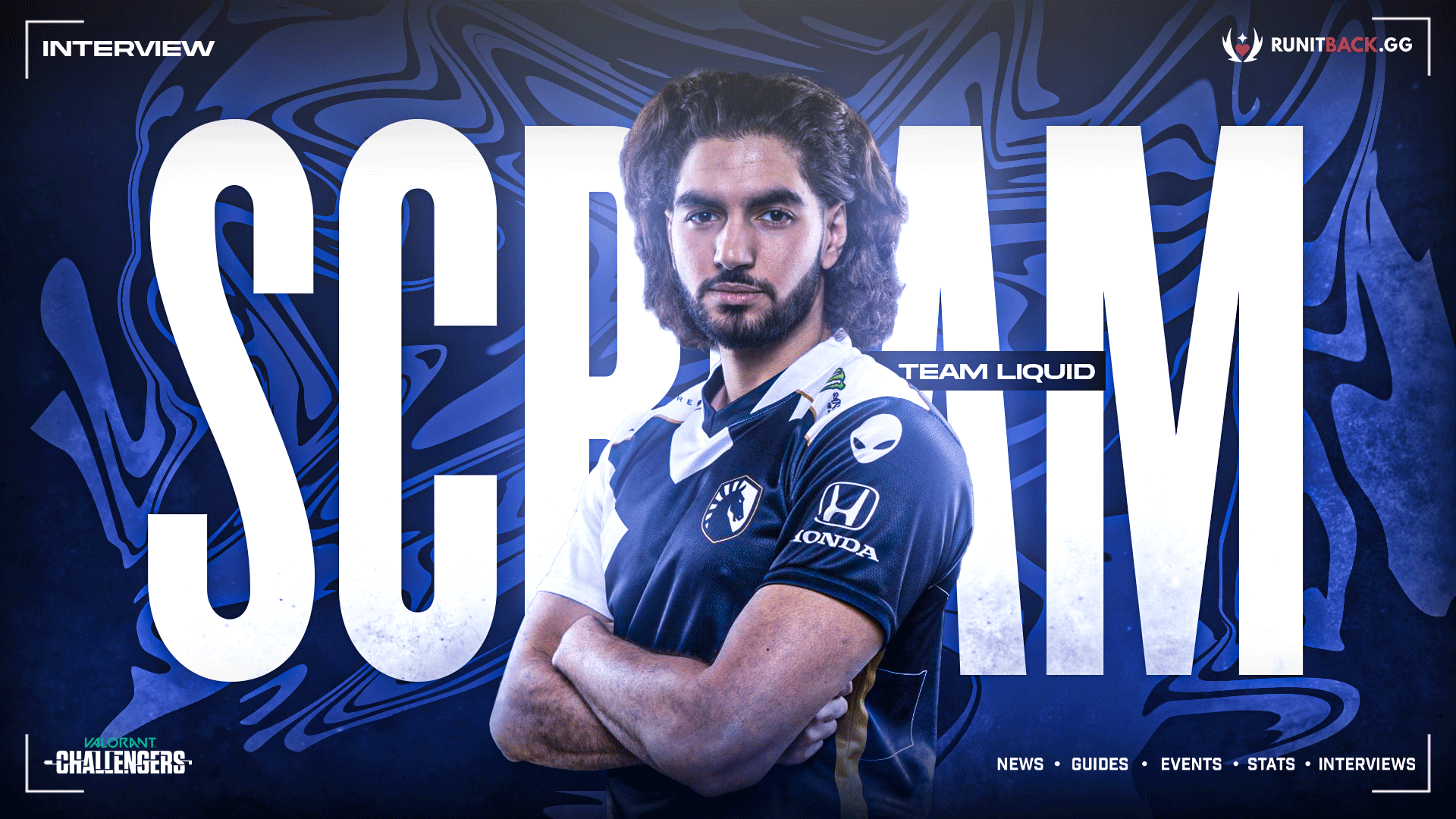 Team Liquid found success in the Lower Bracket final of VCT Challengers 2 of Stage 3 in Europe after defeating Fnatic. The thrilling best-of-five series went all the way as Liquid came out on top eventually. This gave Team Liquid the final spot at the EMEA Challengers Playoffs, as well as a spot in the final of the Challengers 2 Main Event for cash prize and seeding purposes.

After Liquid defeating Fnatic, we got to have a chat with Team Liquid’s star player, Adil “ScreaM” Benrlitom. Despite a rather short chat, ScreaM explained why he picked Jett against Fnatic instead of KAY/O and why he thinks he’s still a good agent. On top of that, he showed his hunger to get revenge against Vodafone Giants in the final, as well as explaining what Liquid must do not to get caught off-guard in the EMEA Playoffs.

Runitback: You guys just took the last spot of the EMEA Challengers Playoffs by defeating Fnatic, your nemesis. After being defeated twice in a row by them, you got the win when it mattered the most. How do you feel and how do you rate your team’s performance today?

ScreaM: It feels amazing you know. It was a really long game, best-of-five against really tough opponents. Fnatic and us, it’s a big story. They won against us a couple of times and we won as well but it’s good to take revenge and it’s good to qualify too. It was the last chance for us to qualify for the EMEA so it feels really good to accomplish this, to make it. We’re really happy about this result.

Runitback: We saw you drop KAY/O completely. We have not seen KAY/O from you at all (in the Fnatic matchup) while in the past (recent) matches we saw you get on that agent pretty frequently. But today we saw only Jett from you and it’s fair to say it worked. What was the idea behind implementing KAY/O into the Liquid meta but dropping him against Fnatic?

ScreaM: It’s a good question. My coach thought about it and he thought we should get Jett for this game. I think it’s mainly because he wanted to unleash me a little bit more because with KAY/O, even though it’s a good agent, I’m still very supportive [when playing him]. It’s a very different role. I think we just wanted to change it up today and get a bit more aggressiveness. And yeah man, it worked out, I’m really happy. I’ve been training KAY/O for weeks right now but I couldn’t show people how I really look on it. I played two or three games with it (KAY/O). I still think he’s a really good agent and maybe in the future I’ll keep playing him.

Runitback: Is KAY/O still going to be that focus for you in the future or is it an agent that is going to be left in the past but I feel like you’re going to want to re-visit him, right?

Runitback: You’ll be facing Vodafone Giants tomorrow. Last time around they were the better side overall. What do you think your Liquid side will have to do to play better against davidp and company in the final?

ScreaM: Yeah, they look really strong. Giants have been destroying their opponents and they destroyed us as well yesterday. It’s going to be a really important game for us, for our confidence, to come back from that and take revenge. I still think obviously we can win. Just like yesterday (against Vodafone Giants in Upper Bracket) when we played, we played really poorly. It wasn’t the Liquid that we really know. It’s going to be different tomorrow hopefully. We’re going to do our best to win this. It’s a final so we’re going to treat it like this, even though we’re qualified already [for the EMEA Challengers Playoffs]. And yeah man, it’s going to be a good game in a best-of-five.

ScreaM: I think the European teams like G2 or all the EU teams are dangerous. But also the Turkish teams and Na’Vi as well, every opponent has to be taken seriously. This is the highest level in Europe so everyone is playing really good. Everyone is playing very differently as well so we’re going to have to adapt and prepare for every game to play at our best level. Otherwise, it’s going to be really hard for us.

*Note: questions and answers may have been altered for the sake of fluidity and or brevity.