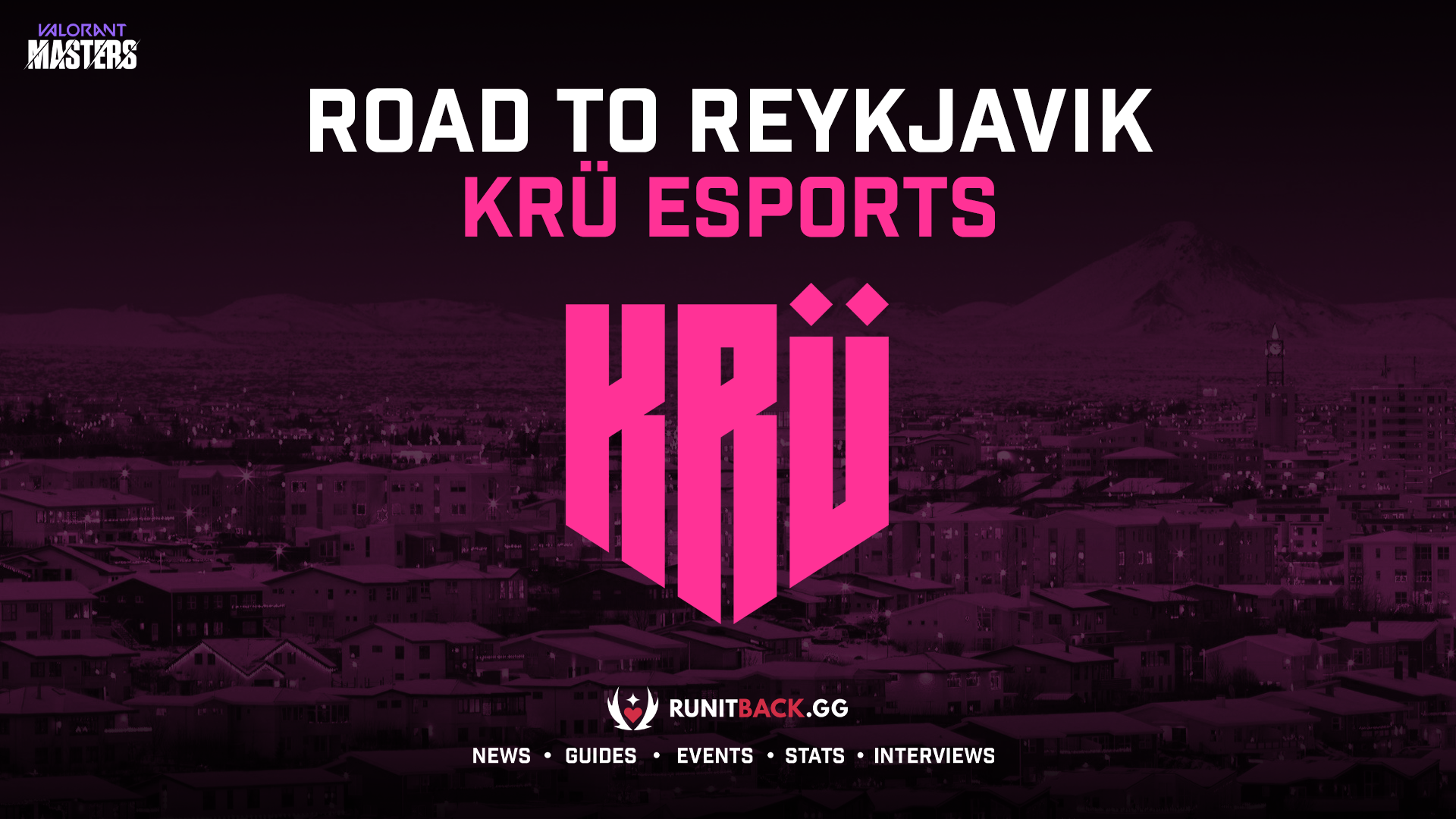 Masters Reykjavik is where Valorant teams from across the globe will be able to showcase their talents and battle for international supremacy. The first international LAN tournament for the rising competitive FPS is going to be intense. There is no doubt about that. One team who made a name for themselves on their way to Iceland was KRÜ Esports.

This LATAM roster only dropped two maps in the LATAM Stage 2: Challengers 2 Finals. Their dominance across that tournament and the qualifying events prior is what booked their flight to Reykjavik. At this point, we know their first test will be against FNATIC in the opening round of Masters Reykjavik. That is where their Road to Masters Reykjavik will end and their quest to be the top team in the world begins.

KRÜ Esports is an esports organization based in Argentina. They are known for their ventures in FIFA esports, but decided to leap into Valorant along with the rest of the world. Their roster was signed on January 12, 2021. This makes them one of the fairly newer teams competing on the grand stage of Masters Reykjavik.

They immediately competed in the Valorant Champions Tour Stage 1: Challengers 1 qualifying for Latin America South. This netted them a second place finish, falling in the one map series to Wygers Argentina 13:11 on Haven. They fell again in the main event of Challengers 1 to the same team 2-0. Needless to say, this did not set KRÜ Esports back. They made moves that saw them qualify for Masters Reykjavik.

And the team that originally put them down? Wygers Argentina parted ways with them on April 12, 2021.

Reformation of the KRÜ Esports roster

Near the end of March 2021, KRÜ Esports decided to make some changes to the team. This is somewhat similar to the changes the FNATIC roster made that saw them propel themselves to one of the top teams in EMEA. The KRÜ Esports change did the same for them in the Latin America region.

March 29 was the day the team released akz and Leobas. This came after repeated 3rd Place performances in the Valorant Champions Tour. The 29th was the last straw as the team ended up forfeiting in the finals of the AORUS League event. The following day, March 30, 2021, two new members of the team were revealed.

Benjamin “bnj” Rabinovich and Joaquín Ignacio “delz1k” Espinoza Soto joined KRÜ Esports to take on a Duelist/Initiator role and a Controller role respectively. bnj has particpated in competitive Valorant since the game was in its beta stages. delz1k, as a part of DKS Gaming, took 2nd Place in the the Latin America South First Strike tournament. The two newest members of KRÜ Esports were incredible upgrades to the squad.

The Road to Masters Reykjavik for KRÜ Esports

After the reformation of the KRÜ Esports roster, they took to the VCT. The LATAM South Stage 2: Challenger 1 qualifier saw them take a hard fought 2nd Place against Furious Gaming. It was another case of a single map series where they fell 13:11 on Ascent. That close contest lit a fire under them as they qualified for the Challengers 1 Main Event.

The Challengers 1 Main Event was the pinnacle of their time together at that point. They dominated the Upper Bracket without dropping a single map. That continued into the Grand Final against 9z Team with two 13:9 victories. First place was their finish and the LATAM Challengers Finals was their destination.

LATAM Stage 2: Challengers Finals was actually two tournaments. LATAM North and LATAM South each had their own brackets with the Grand Final winners battling to determine the representative for the region in Iceland. KRÜ Esports vs. Infinity Esports was the match up. Infinity was the LATAM North First Strike Champion. They only placed lower than 2nd one time, in the LATAM North Stage 1: Masters event.

KRÜ Esports was up against their toughest opponent to date. 13:9 on Haven and 13:6 on Ascent gave them a comfortable lead in the best-of-five-series. Infinity retaliated with their first map victory on Bind 13:5. That was the only pressure put on KRÜ Esports, however, as the fourth and final map of the series was Split. They decimated Infinity Esports 13:1, claiming the sole LATAM spot at Masters Reykjavik.

Now, they have their shot to shock the world. Iceland is going to be a blood bath and KRÜ Esports has all of the tools to come out of it with their hands covered in it.

Stay tuned to Run It Back for more Valorant Champions Tour coverage, including Masters Reykjavik!