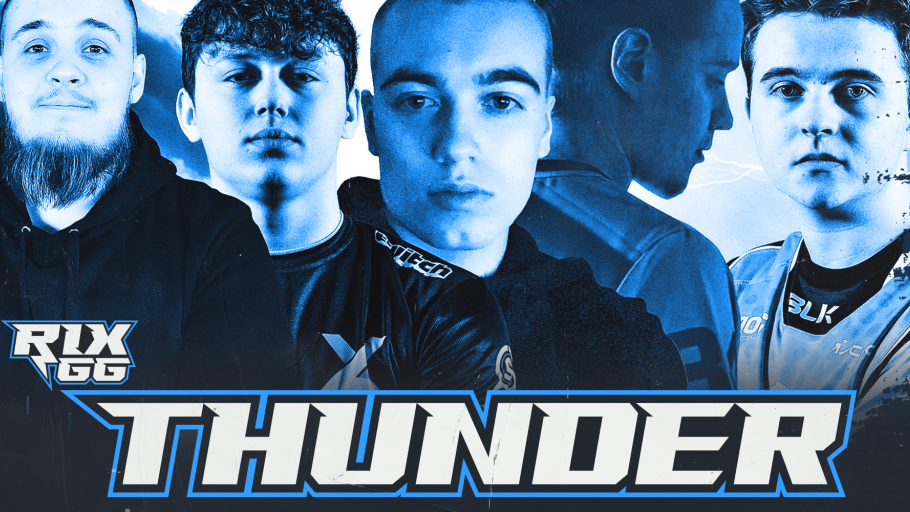 Rix.GG has announced via a press release that it is taking a pause from VALORANT by not continuing with its Rix.GG Thunder roster. All players are still contracted to the organization but are free to explore other options ahead of regional VRL competitions. The announcement does not concern the organization’s female team, Rix.GG Lightning.

The Rix.GG entered VALORANT in late July of 2020 by signing a mix of British-Lithuanian talent playing under the name ROYALS. Since then, the team went through multiple roster changes, as well as a name change to Rix.GG Thunder to differentiate from the female team of Rix.GG Lightning.

The Rix.GG Thunder roster showed some potential over the course of its existence. The team’s biggest achievements come in the form of a third-place finish at ICEBOX Northern Classic, a runner-up spot at epic.Wan 32, and a 5th-6th finish at VCT 2021: Europe Stage 3 Challengers 2. However, the team was never a top-level contender at VALORANT Champions Tour.

“Sometimes the best thing to do is take a step back and evaluate the situation. I’ve had the honour of getting to know each of these players and spending time with them in person, and I’m fortunate enough to see them as friends. I’m incredibly proud of everything this team has accomplished and proved in their time with Rix, however, this makes it even harder to release the team. We will be stepping away from the VALORANT Thunder programme for the time being.”

The former Rix.GG Thunder players that are now looking for opportunities are: