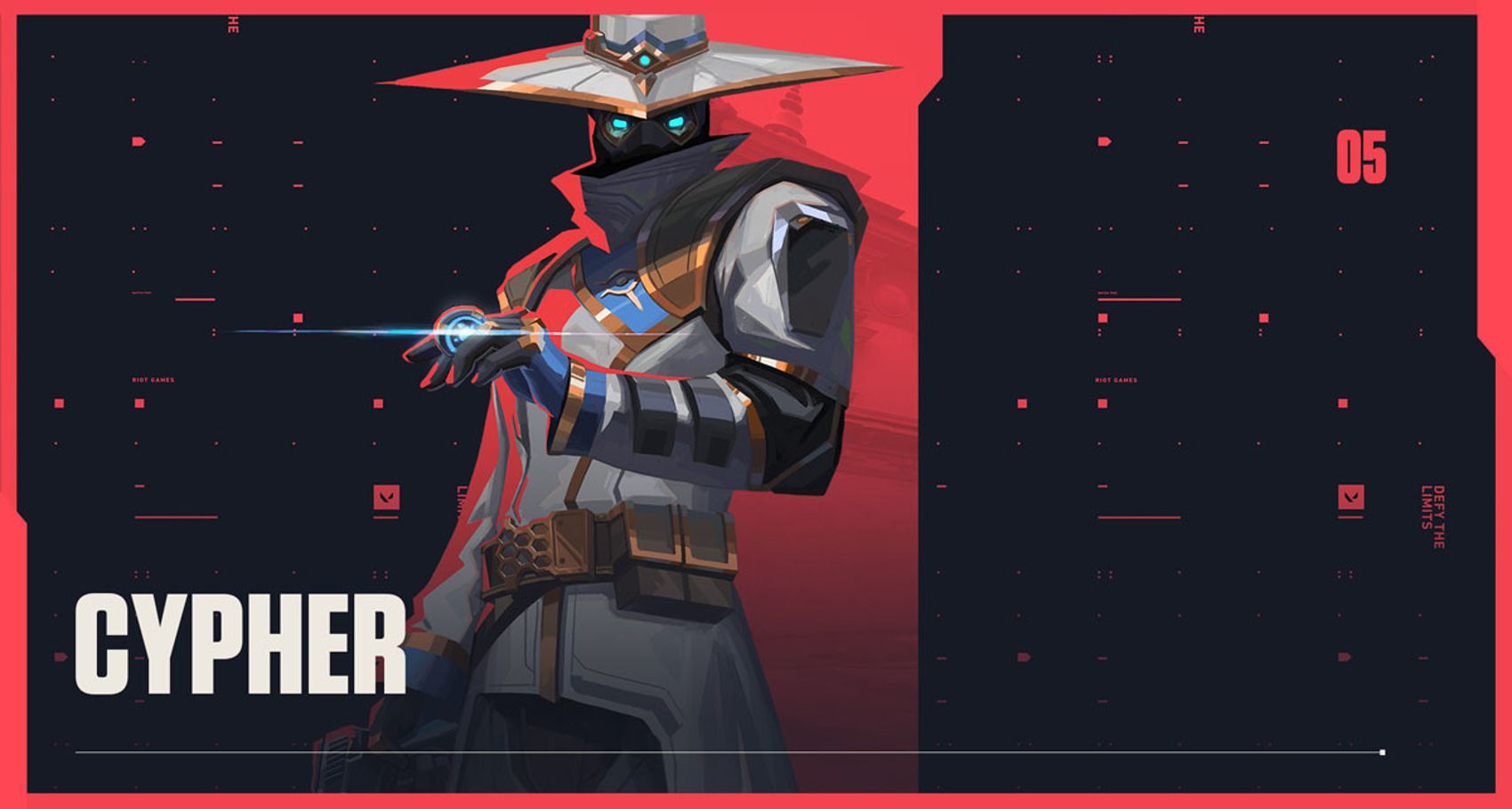 As usual, Riot Morello, the character design lead for Valorant, has shared some information on possible upcoming agent changes to hit the competitive title. Like always, this information was shared with the community on the developer’s Twitch stream on his Q&A. This time around, Morello hinted at possible Cypher nerfs, even more Viper buffs, as well as explaining how the dev team imagines the difference between Cypher and the upcoming agent, Killjoy.

Cypher remains to be the most picked Valorant agent, especially at top level. His information gathering ability, paired with masking cages and trap wires to watch for flanks, makes him an incredibly useful addition to any team. His value is even higher than the game’s only healer, Sage, as we have seen teams such as T1 drop Sage on certain occasions. Moreover, Cypher was still present in the team composition. Despite Morello not saying outright that he will receive a nerf, he does admit that the Riot developers are going “to do something”, and that Cypher “needs something”. By the end he does admit that he would like to do “more clever nerfs” on this agent. Perhaps the new upcoming act will see some changes to the game’s most picked character.

Viper to receive even more buffs

Viper already received the biggest character buffs to date in the last patch 1.04. The buffs for Viper included an array of things that made her seem overpowered to some players. However, her pickrate has not really changed drastically, and we are still rarely seeing her on the pro scene. Morello admits that the last buffs were “not probably enough”. Additionally, he briefly explained that it’s Riot’s policy to walk big changes in, rather than do a massive rework in one go.

With the upcoming release of Killjoy, the newest Valorant agent, there’s been a lot of debate where Killjoy will sit in a team composition, as well as how will she fare when compared to Cypher. Killjoy will join Sage and Cypher in the Sentinel department, thus, the comparisons. Morello explained that Cypher is more of a “map controller”, having the job of watching flanks and multiple bombsites. On the contrary, Killjoy has been imagined to placing her utility, and then “capitalizing on it for kills”. Lastly, Morello added that the dev team would like the two agents to “have some distance between them”. In other words, Valorant team believe that the two agents have different things to offer, rather than serving the same purpose.

As always, remember to follow us at Run It Back for all the latest news on Valorant.