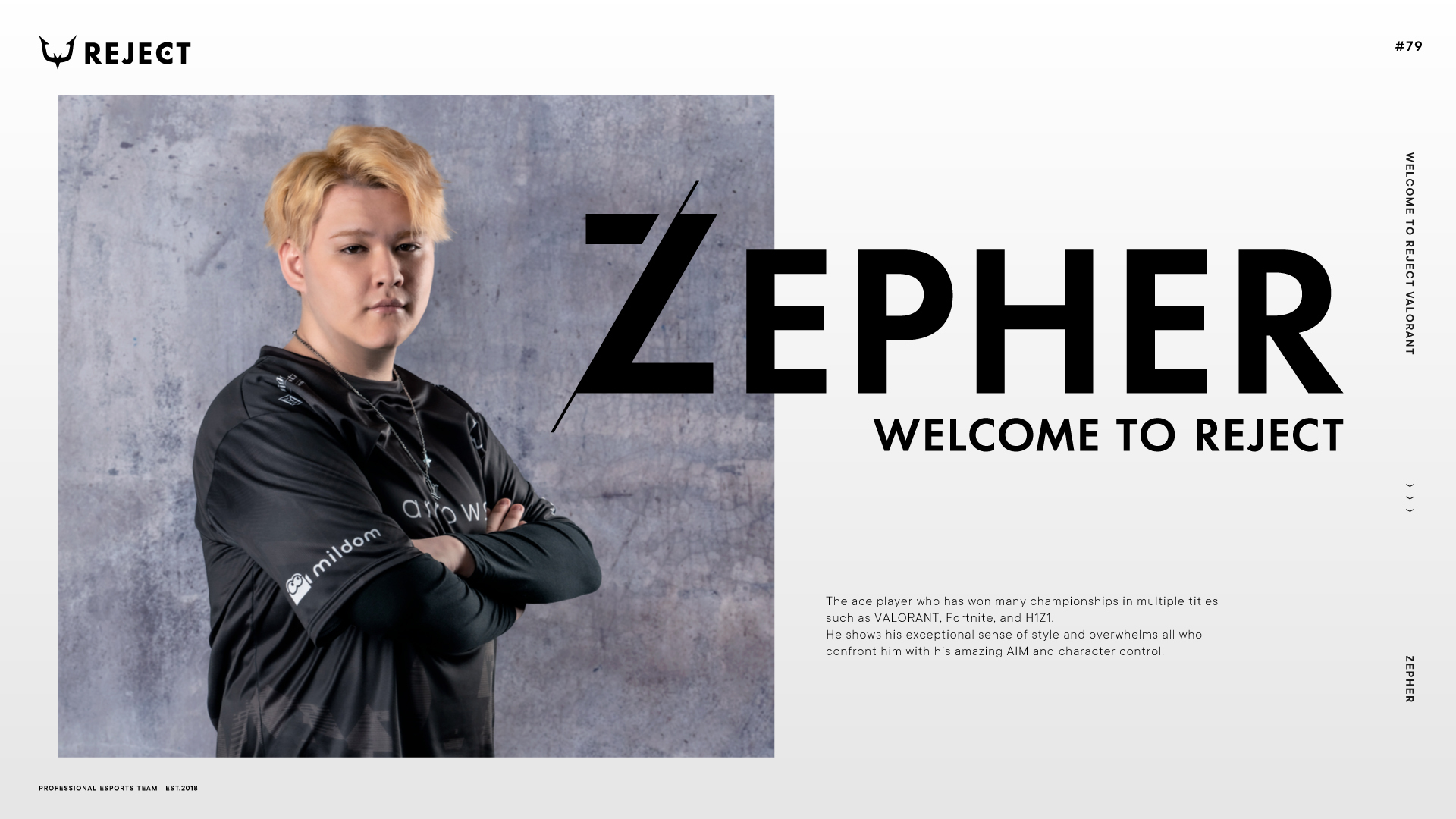 On December 15, 2021 at around 6:00 PM GMT+8, Japanese organization REJECT announced the addition of Jyousuke “zepher” Matsudato to their active VALORANT roster.

Zepher debuted with Crazy Raccoon in August of 2020 at the GALLERIA GLOBAL CHALLENGE. The team went on to play in several other online tournaments including First Strike Japan, but were unable to get many top results for the rest of that year. Come 2021, things turned out for the better. Zepher and CR won several key events including Masters 1 and Challengers Stage 2. Because of this, he and the team were able to represent Japan in the first international VALORANT tournament Masters: Reykjavik. Unfortunately, results slipped past them. The team was unable to get a single game win and bowed out of the tournament early in the lower bracket.

On June 27, nearly a month after the team played in Iceland, Zepher stepped down from the main roster. He turned to streaming for the organization for the next six months before his transfer to REJECT.

With this acquisition, REJECT’s active VALORANT roster now consists of:

We here at Run It Back will continue to give updates on roster changes around the world. As always, stay tuned for more content coming your way very soon!