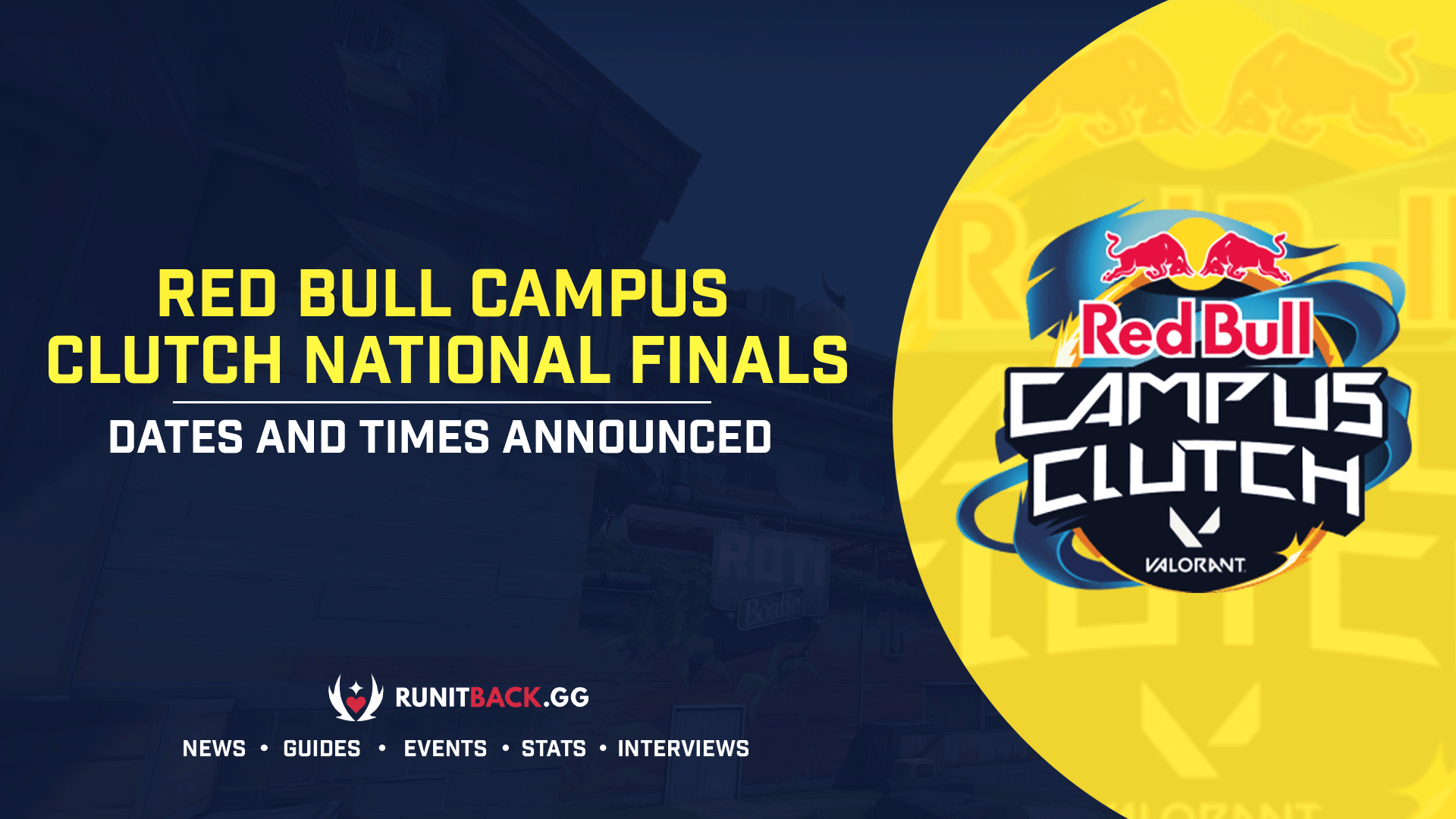 Red Bull just revealed the dates and times for the Red Bull Campus Clutch World Final, the only Valorant tournament that pits collegiate teams from around the world against each other.

The FInal will be split into two stages. The first stage will have the National Finals Winners from the over 50 participating countries compete in the World Final Knockout Round which will take place from June 4th to 6th. Each region’s finals will be broadcast as a part of a 24-hour nonstop stream on Red Bull’s Twitch and YouTube channels.

The top 12 teams from the Knockout Round will move on to the World Final, held in Madrid on July 17th and 18th. The winning team will receive a €20,000 prize and an exclusive invitation to watch an upcoming VALORANT Masters LAN event.

RunItBack has had exclusive interviews with some of the US collegiate teams that tried their hand at representing their country. Those included UC Davis, San Jose State University, and Oregon State University. Once the US National Finals come to a close, look forward to an interview with the team that will represent the United States in Madrid!

Speaking of US National Finals, those are set to kick off May 28. Tune in to Red Bull’s Twitch channel at 12 PDT / 3 PM EDT to catch the action between San Jose State University, Cal Poly Pomona B, The University of Texas at Dallas, and the University of Illinois at Urbana-Champaign.

The schedule for the World Final Knockout Round is as follows (the regions have been grouped according to the geographical region, available VALORANT servers & amount of qualifiers per country):

To make sure you don’t miss further Red Bull Campus Clutch coverage, follow us at Run it Back. Join our Discord for all your latest news, extensive guides, and exclusive interviews in the world of Valorant. 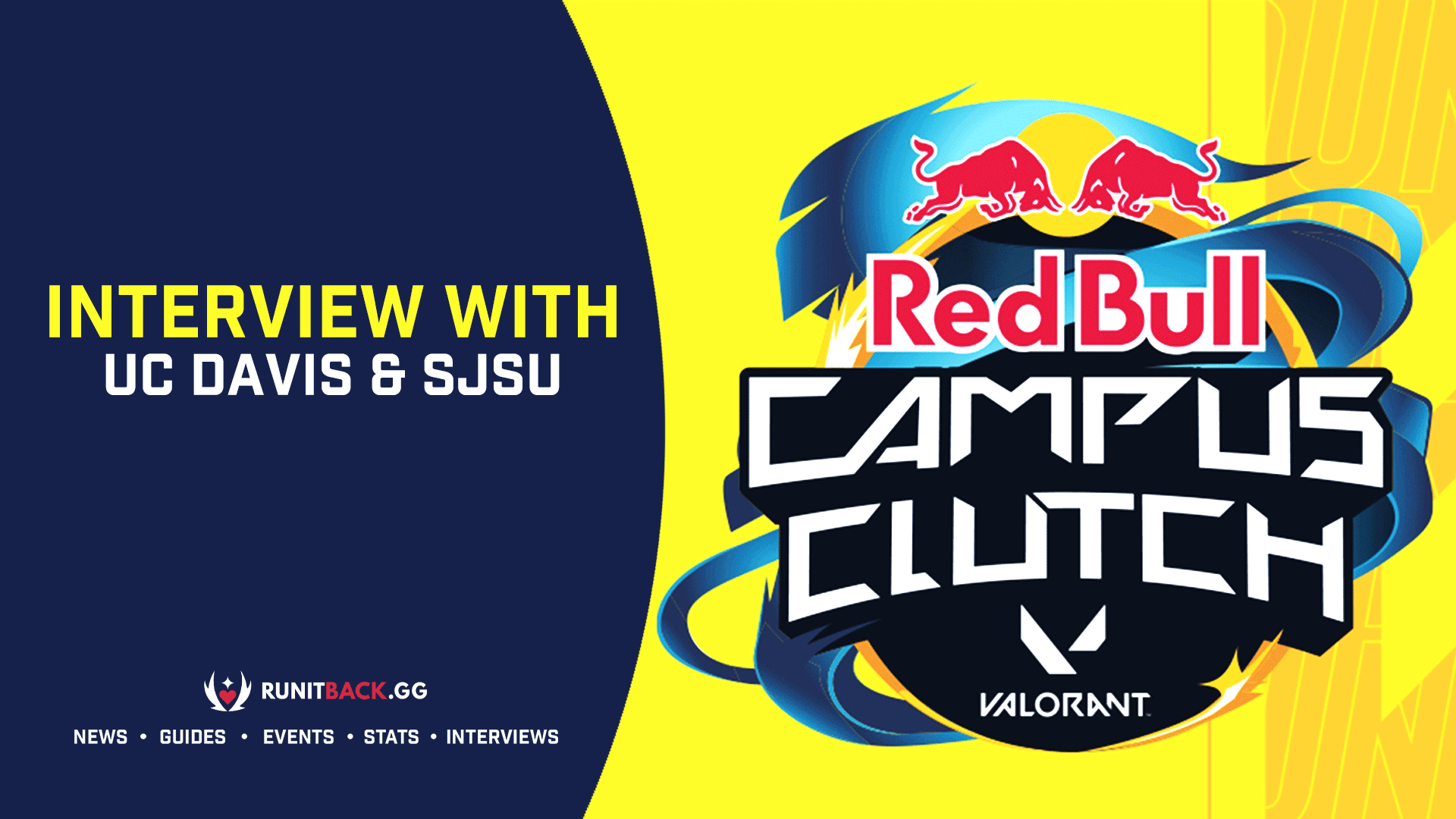 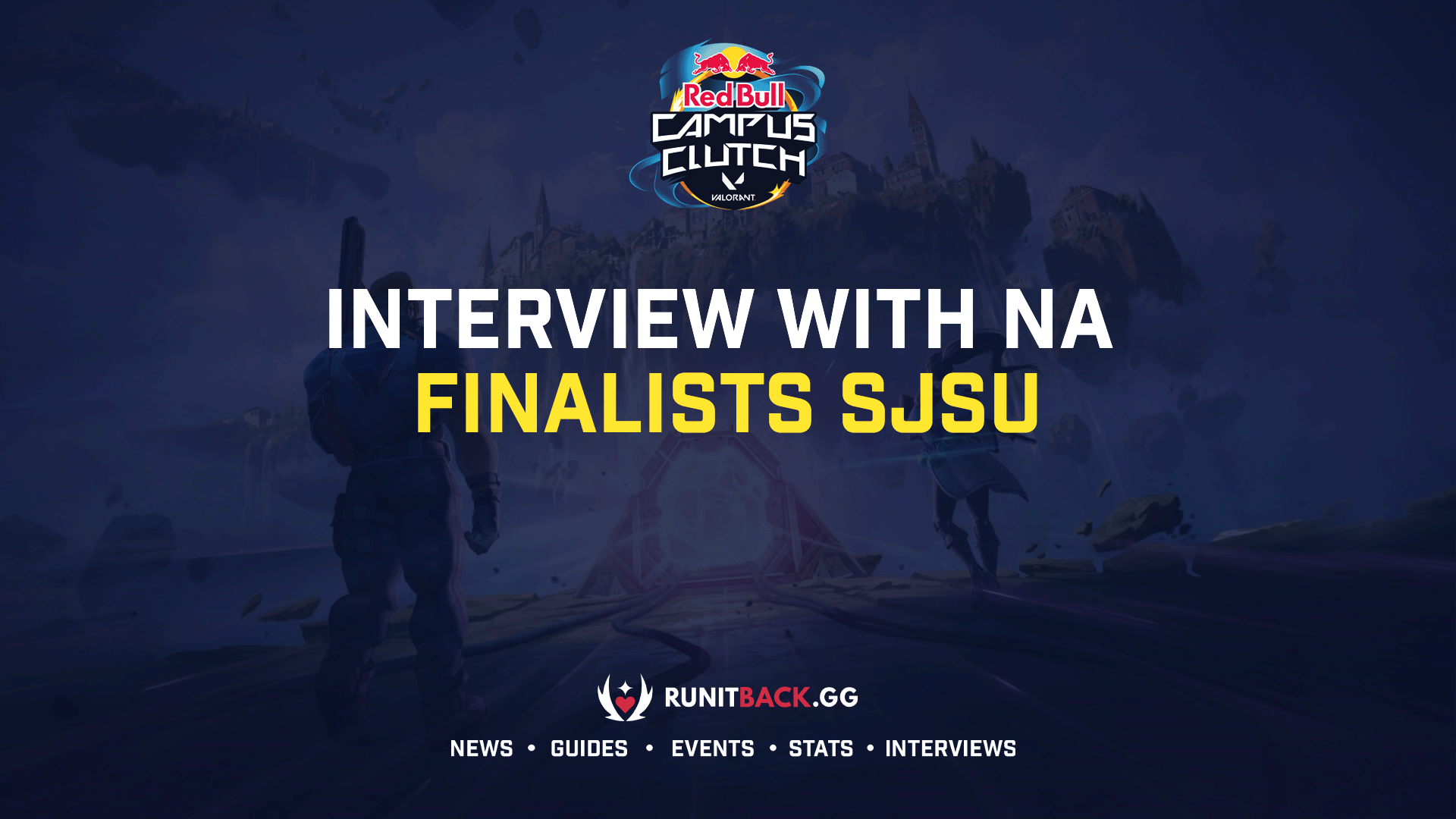 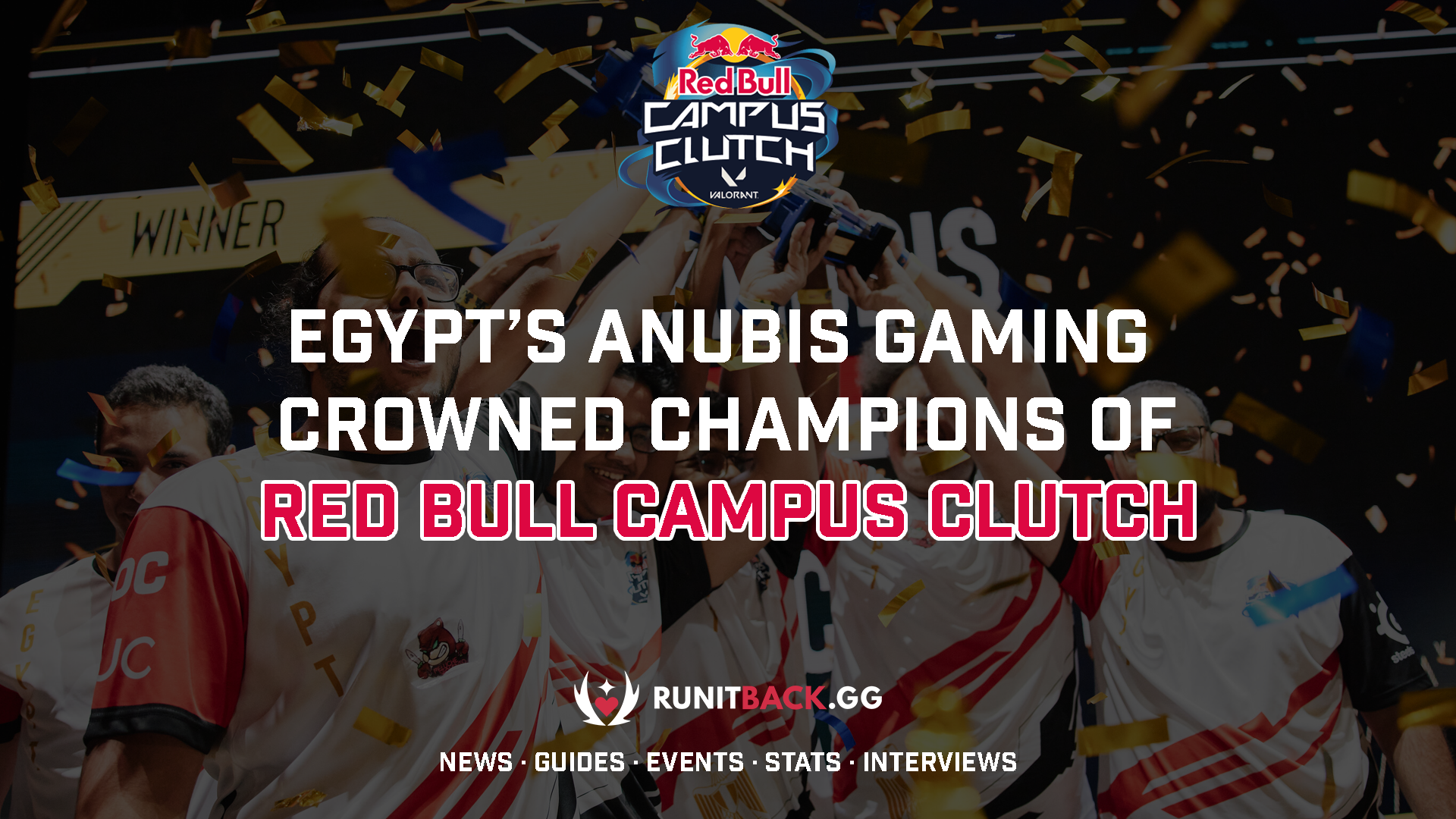