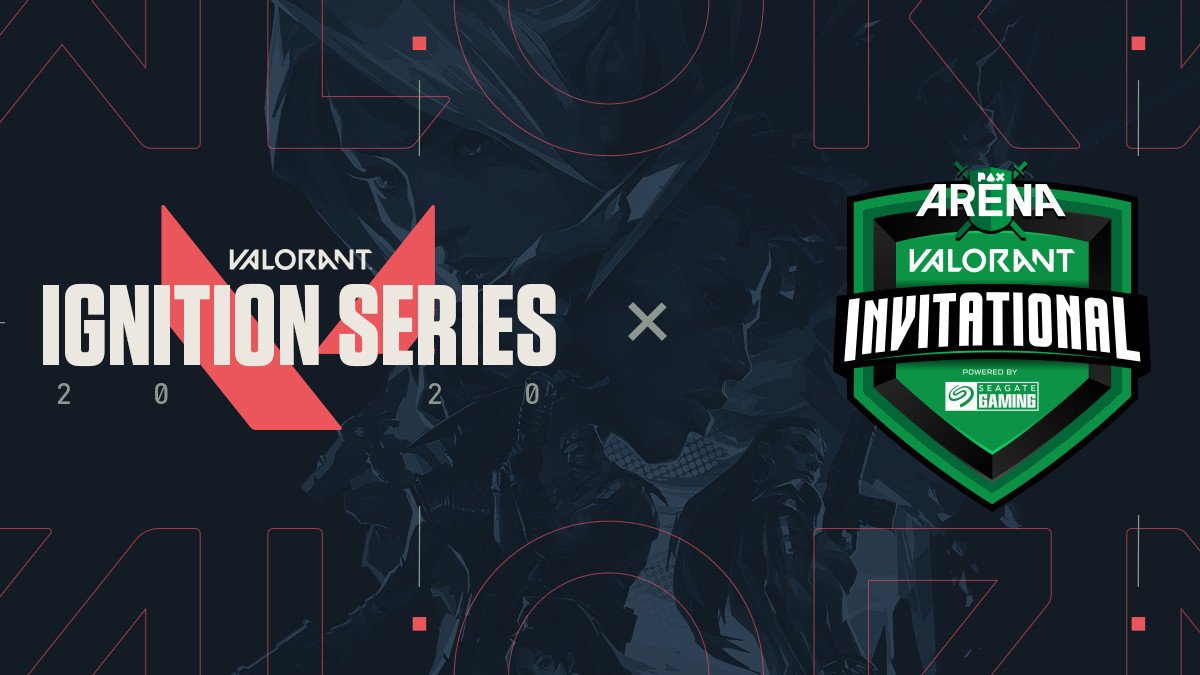 PAX Arena Invitational is a North American Valorant tournament that is part of the Ignition Series partnership. The NA event sports a hefty 20 teams with a total prize pool of $25,000 USD. The winner gets to go home with $10,000 USD, while the runner up receives a still decent $5,000 USD. The event kicks off July 22, and lasts for four days until July 26.

The event is divided into a group stage and playoffs. Each group stage has five teams with the two teams with the best result advancing to the playoffs. Every team gets to play out four matches; one match against every opponent in the group. All matches are played in a best-of-three (BO3) format.

The playoffs follow a single elimination bracket format. The eight teams that advance will also play in a BO3 format. The exception is the grand finale where a best-of-five supermatch will be played out.

The 20 teams invited are a range of top tier, organization-less mid-tier, and barely known on the Valorant scene paired with popular figures in the esports world. Naturally, the favorites of the tournament will be the NA giants T1 and Team SoloMid (TSM). Both teams feature high profile ex-CSGO players and FPS professionals that are known for their prowess. They are also considered to be the best on the NA scene. However, the PAX Invitational features 20 teams for a reason. The likes of Spencer “Hiko” Martin and 100 Thieves or Tyson “TenZ” Ngo and Cloud9, are also here to prove that they are right up there among America’s finest.

On the other spectrum we have teams such as Way 2 French, Echo8, and Prospects. Both have competed in lots of qualifiers, weekly, and C-Tier tournaments with some degree of success. These teams are here to shake things up and get the exposure necessary in order to finally get signed by a professional organization.

Headlined by TSM and 100 Thieves, these two are almost guaranteed to go through to the playoffs. Built By Gamers (BBG) will be the main team to watch out for in this group. Established just recently on July 17, the team is headlined by the likes of Jake “tork” Lepoff, Nicolas “Nicolas” Aubin or Rob “rob-wiz” Kennedy, who all have experience in Overwatch and or CSGO. Can the newcomers upset the favorites in Group A?

Also, 100 Blifted will be attending the tournament. The team features one of the most popular streamers out there, Tyler “Ninja” Blevins with his team. The team competed before at T1 x Nerd Street Gamers Showdown. However, they got blown out in the group stage with a 0-3 record. Perhaps this time around they can make up for last time’s showing.

Headlined by America’s greatest, T1 and Tyler “Skadoodle” Latham, are definitely the favorites of group B. In their way will be the other professional team, Team Envy, who have the ex-CSGO star, Pujan “FNS” Mehta at the forefront. Next in line, Way 2 French and Echo 8 will be the orgless teams wanting to prove that they are serious about Valorant. Team Kephrii, led by Brian “Kephrii” St. Pierre, a pro Overwatch player, will have to work extra hard to get through to the playoffs as they are the heavy underdogs of this group.

Group C at PAX Arena Invitational sees a battle for the playoff spots mainly between four teams. Gen.G and Immortals are the organizations that are definitely the favorites. However, Prospects and Mixup, will be the main disruptors of the group. Prospects have quite a few 1st place finishes at minor weekly events and runner up spots at C-Tier events. They managed to win the first Fight Night Arena among others. Mixup fall short on 1st place finishes, but have participated in a lot of events too, even being part of the A-Tier T1 x Nerd Street Gamers Showdown. Last but not least, Team Mang0 are group C’s surprise team if they manage to finish in top 2 given that it is led by Joseph Manuel “Mang0” Marquez, a professional Smash player.

Group D is shaping up to be the most interesting group. This is the only group that has four fully professional organizations with signed rosters. Headlined by TenZ and Cloud9, Sentinels, Complexity, and the freshly signed Renegades roster, these teams are here to get into those playoffs. Taking that into account, it is difficult to predict who will for sure finish in the top 2 of this group. If anyone is feeling risky, however, they can bet their money on Team Owl, who are the definite underdog of this group filled with NA talent at this PAX tourney.

For the latest news, guides, and interviews, remember to follow us at Run It Back.