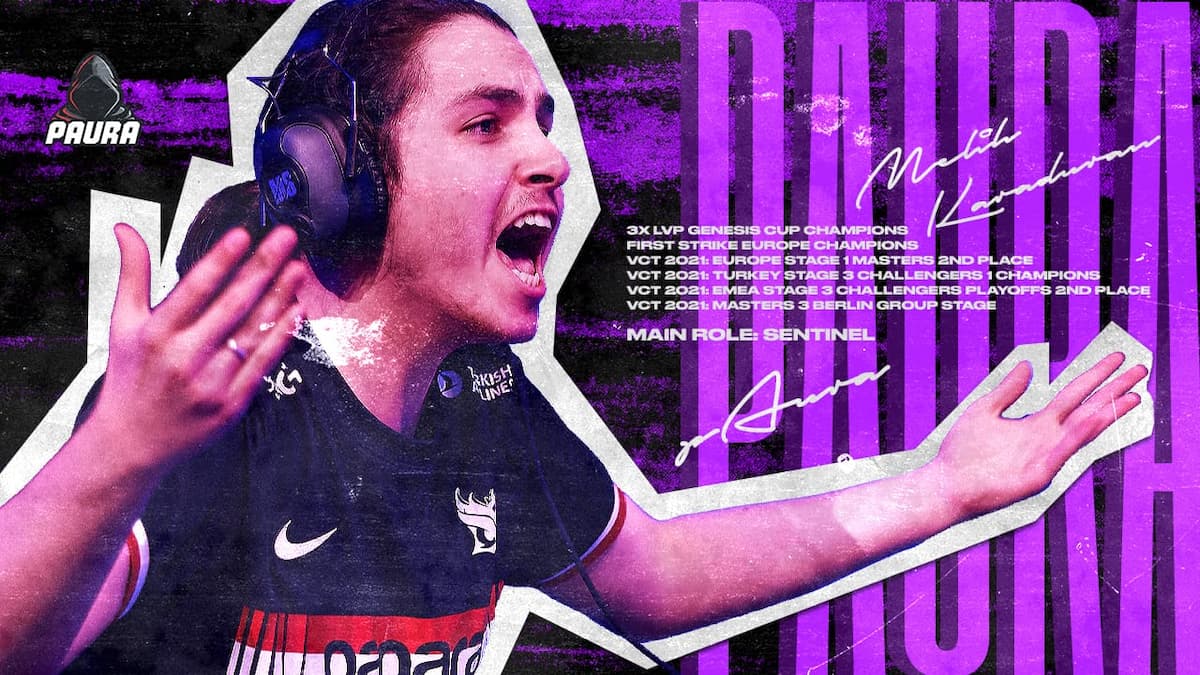 Back in October, a few members of SuperMassive Blaze decided to step down from active competition and field other offers, including Melih “pAura” Karaduran. He remained under contract as a restricted free agent at that time. Now, pAura and SMB have agreed upon a mutual exit. The player enters free agency with zero restrictions.

SMB, originally Blaze Esports before the merger, signed pAura as one of the first players on their VALORANT squad. This was after he had a successful stint with Team Heretics in which they walked away champions of First Strike Europe.

No news has come from his teammates regarding their contracts with SMB, but it wouldn’t be surprising to see something following this announcement. It also raises an interesting question regarding where pAura will end up next.

There have been a handful of rumors about teams importing players from other regions. A couple of those came to fruition with a move to SEA and Gen.G Esports acquiring an EMEA star. Only time will tell where pAura ends up, but don’t be surprised no matter the outcome, if he stays in EMEA or moves to another region.

Stay tuned to Run It Back for your VALORANT news as more roster shakeups are bound to happen!