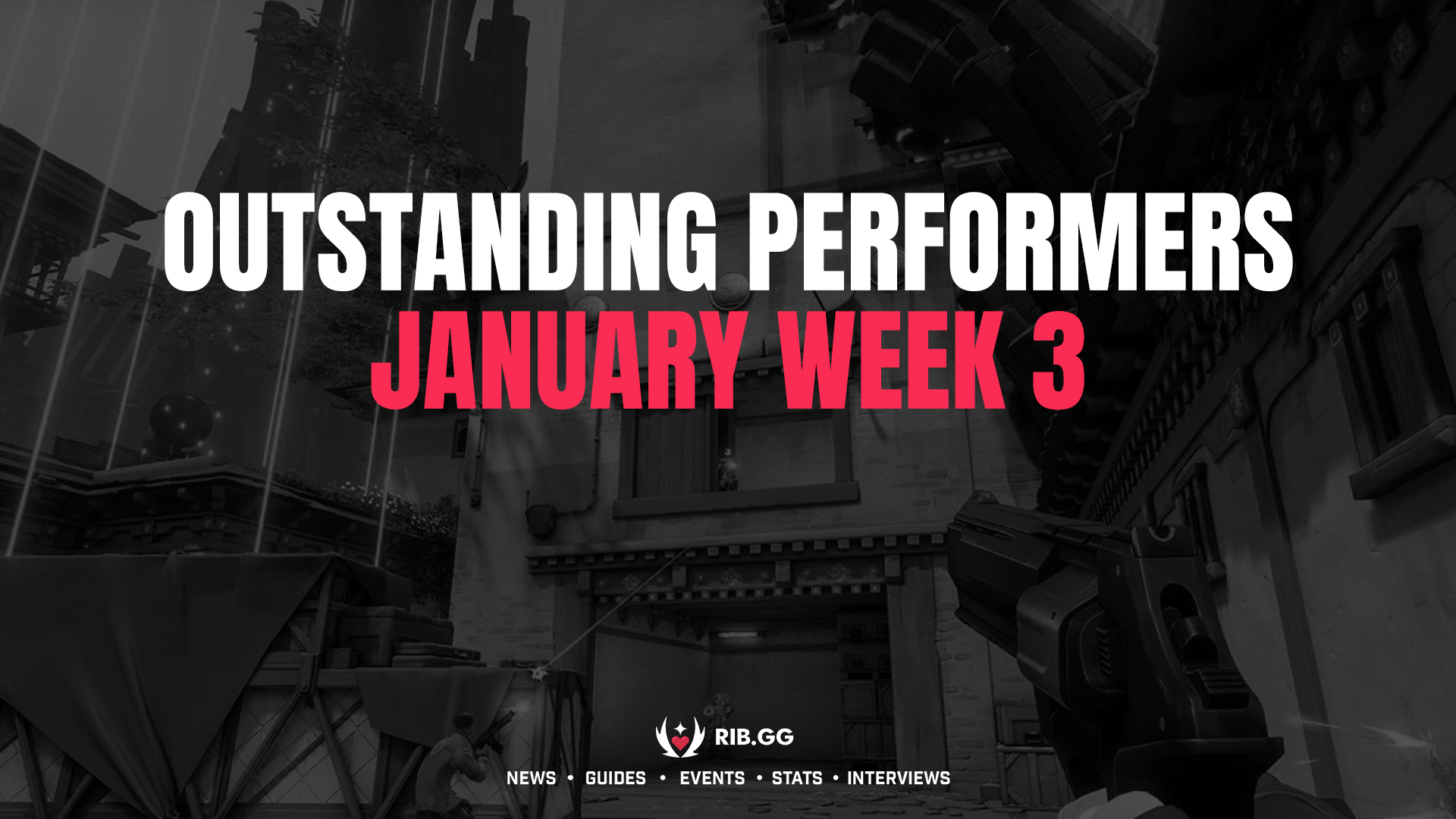 The third week of January saw the VALORANT Champions Tour (VCT) circuit pick up the pace across the globe. The VCT entered its second phase of qualifiers in EU, CIS and Turkey. The week also saw Brazil and SEA host its first set of qualifiers as well. The action finally concluded in EMEA over the weekend with G2 Esports , LDN UTD , Natus Vincere and BBL Esports picking up the last remaining spots for the upcoming EMEA Challengers. The tournaments in focus this week are among them.

Player of the Week

Aspas has long been heralded as one of the hidden gems of Brazlian VALORANT. The one regarded to be on par with Olavo “heat” Marcelo, if not better. That was probably one of the reasons why he was one of the most sought after player in the recent roster shuffle that happened in Brazil. Having played for a bunch of amateur rosters in 2021 we never got to see the true potential of Aspas. But now with the right backing he has shown what he is truly capable of. Over the last week he put his talent on display and showed how talented of a player he is on the server. Therefore, emerging as our player of the week in the process.

To start off, we can just tell you that Aspas finished the tournament with the highest ACS (312.3) and ADR (200.3). But it’s not as simple as that. To truly understand how good he was this tournament one should dive deeper and look at some more niche statistics. Aspas‘s most played agent throughout the tournament was Jett (duelist), so it’s only fair that we look at some of his stats from the attacker’s perspective.

In the above graph I have plotted his K:D on the attack side. As you can see he leads the pack by a mile. His monstrous K:D of 2.39 on the attack side played a key part in opening sites for his team. Also to be noted, his overall K:D of 2.20 was the highest in the tournament by quite a margin.

Another aspect of Aspas‘s game that shows his mastery with agent Jett is the value he brings with her ultimate (Bladestorm). When it came to using her ultimate, Aspas led the competition by a distance. He had a total of 31 kills with her ultimate ability, a full eleven kills more than the player in second. Truly an elite level Jett performance worthy of international competition.

Aspas appeared very strongly in the ranked in beginning of 2021. And it didn’t take long for Slick to give him his first competitive opportunity. During VCT, he appeared as one of the big promises, but playing only with Jett/Reyna, not alternating his playstyle and agent. After a while, he understood that to be a more complete player it was necessary to change the way of playing, and that’s what he did at the end of 2021. Even without a team, the player continued to show an absurd evolution, but with a different maturity from when he appeared on the scene. Today, he is one of the fundamental parts of this team, learning a lot mainly from sacy and saadhak.

Team of the Week

To be very honest, the first the time I heard of LDN UTD was when they beat Natus Vincere in the Meta Open VALORANT tournament. Since then I have followed them all through their competitions and have been amazed by their playstyle. The players always seem to be in sync with one another even during the mid rounds and their executes are at times reminiscent of Vision Strikers. Perhaps it’s due to the core of the team being Lithuanian. However, going into 2022, I had a lot of expectations from this team and over the course of this weekend they totally have lived up those expectations.

And to truly hammer home my point that this team frags as a unit, I have plotted the combined average ACS of all the teams at the tournament and their KAST ratings. As it is visible, LDN UTD have the highest combined team ACS among all the teams that made it to the event. They were also the only team in the tournament that featured two players in the top 5 ACS chart with Michał “MOLSI Łącki (252) and Lukas “feqew” Petrauskas (236). MOLSI in particular finished the event as the player with the second highest ACS in the tournament. Another aspect where this team shines is the KAST ratings. Each of the five player on the team features among the players with the highest KAST ratings in the event.

Another player we would like to highlight would be Aurimas “Dreamas” Zablockis. He had an excellent performance on the sentinel role throughout the tournament. Not only was his positioning and utility placement great but he also had the highest first bloods (22) on defense at the event as a pure sentinel player. Not to mention that he also finished the tournament with the highest ACS (211) and ADR (140.2) for a sentinel player. With performances like these it won’t be long before we start mentioning Dreamas among the best sentinel players on the continent.

A near who’s-who of top Lithuanian players, LDN UTD is one of the leaders of the current EU shake-up. Boo, sits comfortably as one of the most underhyped controllers in Europe finding one of the highest center points between firepower and util efficiency. Feqew, while taking a circuitous route to finally settle in as duelist, is proving he’s worth his weight in gold. The rest of the roster, Molsi and the ex-Honk duo of Destrian and Dreamas, slot in as three of the most consistent supportive players around: Molsi, as a genuinely topflight Sova; a rarity in EU, Destrian making a compelling case for himself as one of the best Breach players even globally, and Dreamas routinely putting up the kind of FK/FD ratios you’d expect out of a Jett Op. They’ve had the pieces; it was just a matter of time until they came together.