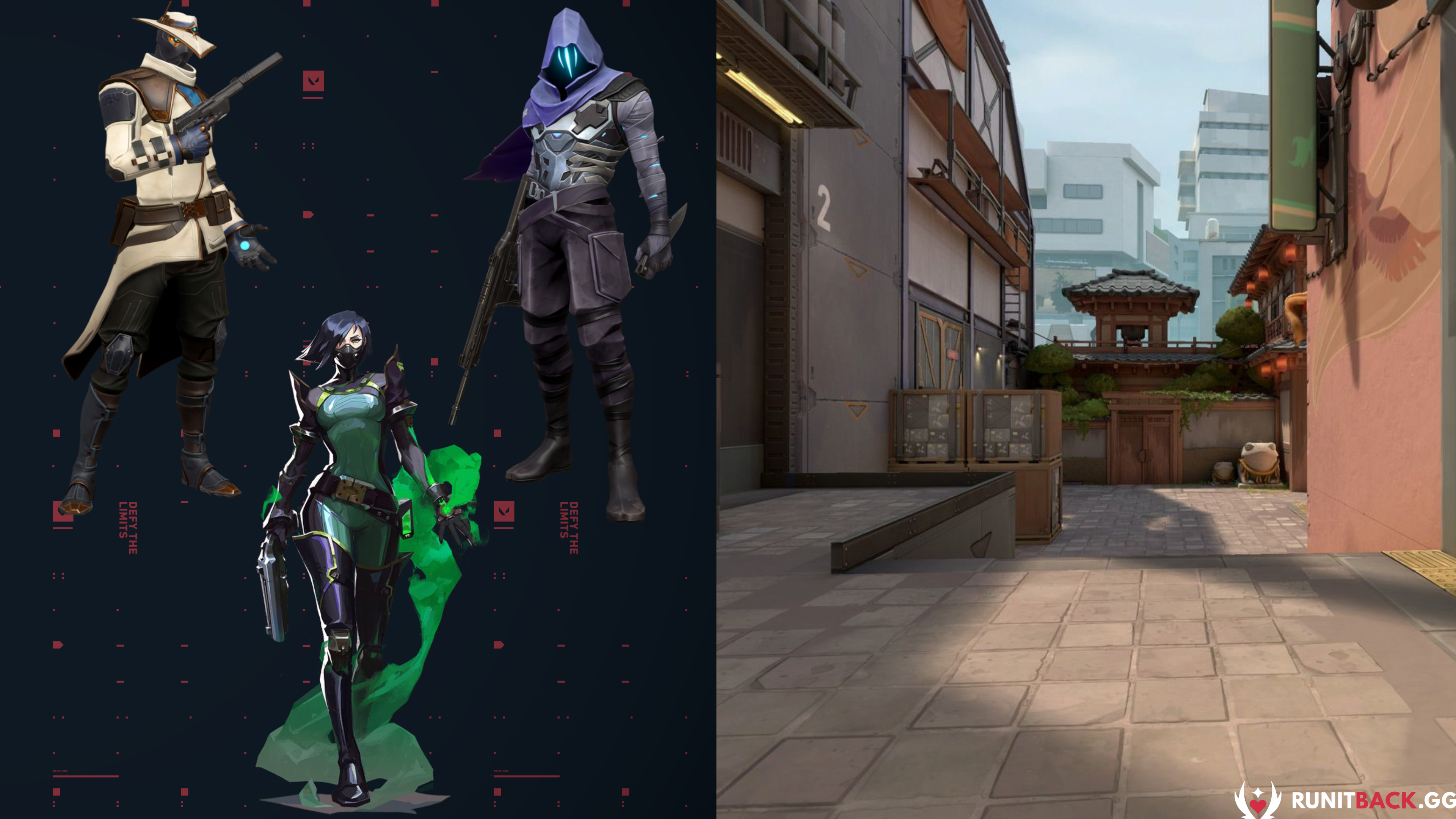 A One Way Smoke refers to placing a smoke, or cage, on an elevated location. This puts space between the smoke and the floor. The player is able to see the lower body of any enemies that walk through or behind it. This allows the player to eliminate any approaching enemies while they are completely oblivious to being seen.

One Way Smokes are an amazing way to trick unaware players into meeting their demise. Between Cypher, Viper, and Omen, setting up a One Way Smoke can be just as tricky for the player as it is for the enemy. This guide will help spot those accessible locations for a One Way Smoke for the Valorant map Split. If you happened to miss the guide for Bind, check it out on our homepage!

A Tower, also known as A Heaven, gives whoever controls the area high ground and amazing defensive angles when it comes to protecting A Site. As Cypher, the goal is to lock down positions defensively and gather information regarding the enemy team location. When attackers rush A Site, more often than not, they will rotate up to A Tower to separate those defenders from the ones on the ground level. Stand in the doorway leading from A Ramps to A Tower. Set the crosshair right at the corner of the triangle above the elevator door. Throw the Cyber Cage and take position. When opponents come up from A Ramps, trigger the cage and crouch. Anyone who comes up the ramp or comes from the ropes will be walking into a perfectly placed One Way trap.

This One Way Smoke protects B Tower but is set up at B Rafters. Underneath the rappel rope, aim up to see the fixture that holds the rope in place. Throw the cage so it bounces off the metal onto the fixture. When the enemies rotate from Mid Mail or B Stairs to B Tower, trigger the cage and get on the rope. Climb it and peek around the entirety of B Tower. You will have eyes on the entire location, able to stop anyone pushing into this Heaven from either direction. This is especially useful to protect a planted spike and the assumption is that the enemies will rotate here. However, it might take some practice in custom training to master.

Omen’s smokes are the trickiest, but perhaps most satisfying to pull off. This smoke covers B Back but is initiated from B Main. This one, thankfully, has some room for error. Line up in the garage area with the cursor placed between the two crossing graffiti letters. Watch the map as the smoke moves towards the newsstand. Once the arrow elevates, that indicates the smoke is successfully raised up. Send the Dark Cover and move to the long entrance onto B Site. From there, anyone trying to peek from behind the newsstand in B Back will either be spotted with the One Way Smoke or be forced to move due to their visibility being hampered.

Pushing from A Main to A Ramps is a viable strategy to take over A Tower, allowing remaining teammates to attack A Site directly. Omen can place a One Way Smoke that allows him to see anyone trying to make the transition to A Ramps. This is another lucky situation where there is some leeway regarding placement. Watch the minimap as Dark Cover approaches the elevated platform between A Main and A Ramps. The green arrow will rise when the smoke is set to be on the platform. Release the smoke and it will settle its middle section on top of the elevated area. If you peek around the wall near A Site it allows Omen to see the bottom of enemies that are attempting to move up.

The classic One Way Smoke Agent, there are some useful but very high-risk smoke locations for Viper on Split. Once the lane barrier drops, there is very little time to avoid a possible peek from the cubby in Mid Bottom. Stand right before the doorway and aim above the tentacle. The crosshair should be lined up with a wooden piece situation on the roof. Send the Poison Cloud emitter and it will land on top of the roof near the tentacle. If the enemy is making a slow mid push or perhaps rotating back, initiate the Poison Cloud and get eyes on anyone that attempts to take Mid Bottom from there.

This is another mid-map defensive position. Approaching from B Tower, or Heaven, to Mid Mail, stand on the very corner of the platform and look up at the doorway. Lob the device rather than throw it by right-clicking. This will place the device on the door frame. When a mid push occurs, fall back from Mid Mail to B Tower and ignite the Poison Cloud. If any enemy approaches Mid Mail or heads through to Mid Vent, they are easy prey for the toxic mistress of Valorant.

Note: Several of these One Way Smokes work for more than one Agent, if not all three of them. They can also be set up before the round starts. Cypher and Viper’s devices can be placed before the lane barrier drops. Omen is able to set up the smoke but must wait to launch the smoke until the round begins.

For the latest news, guides, and events, stick around to Run it Back! 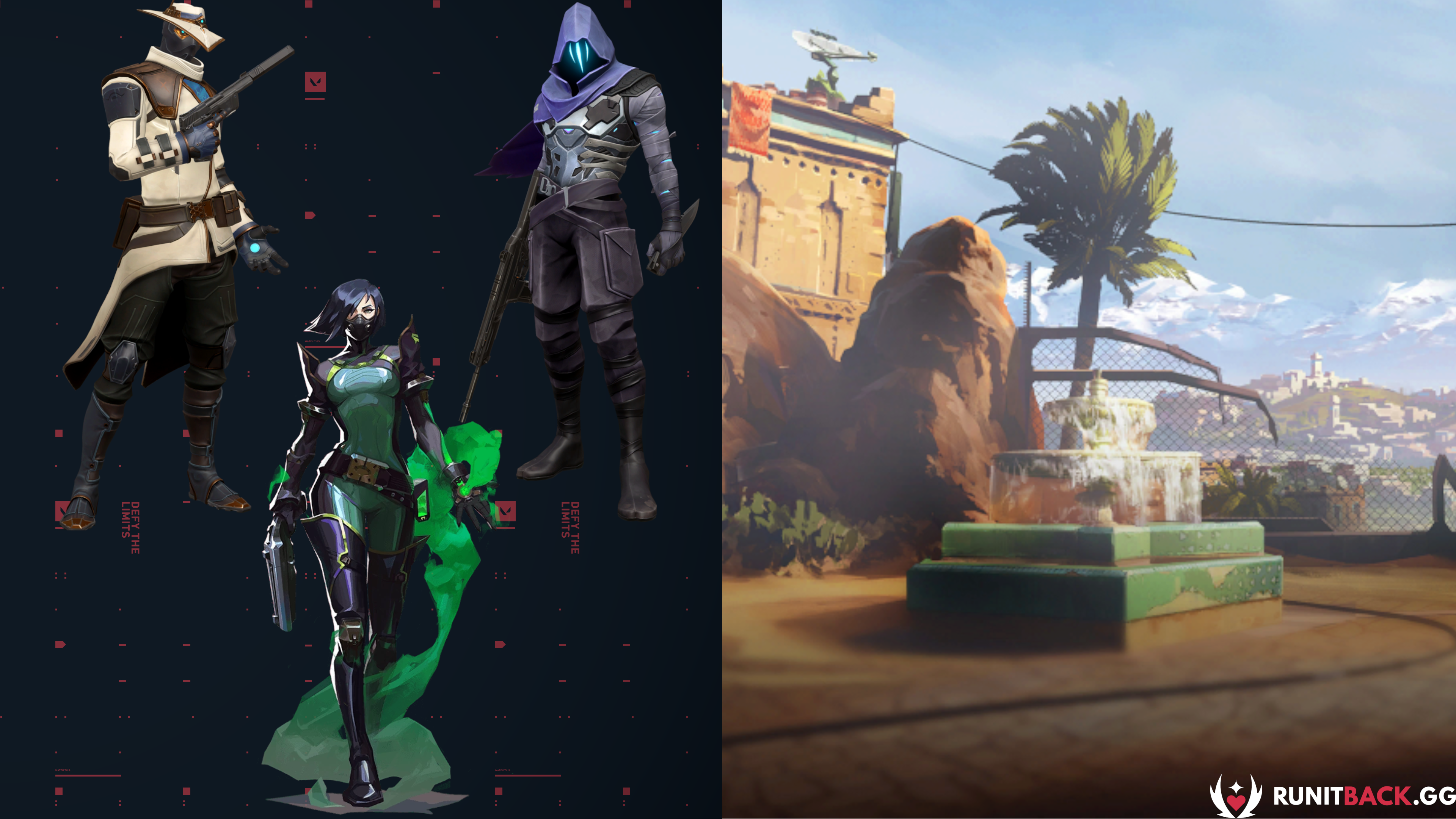 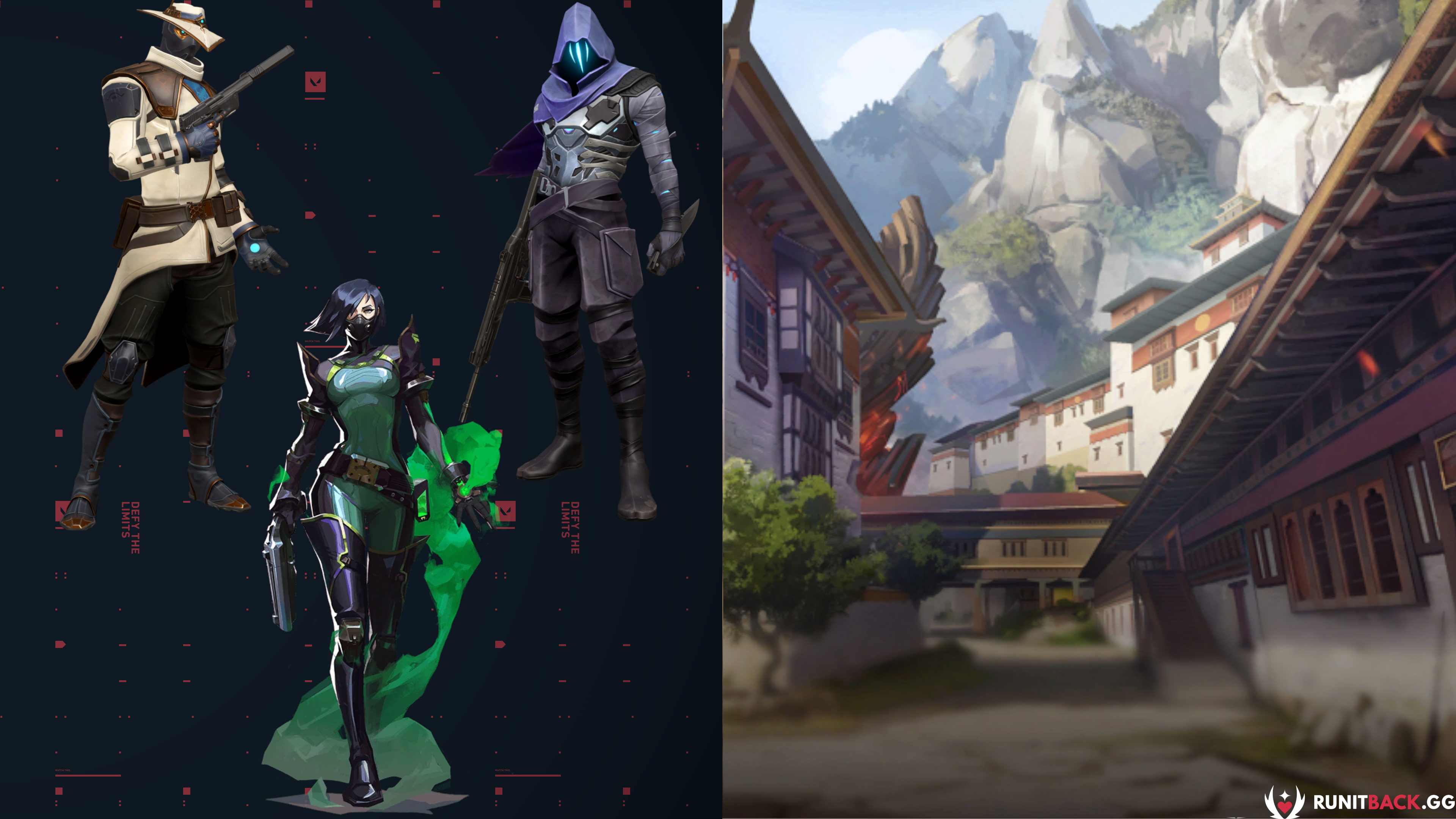 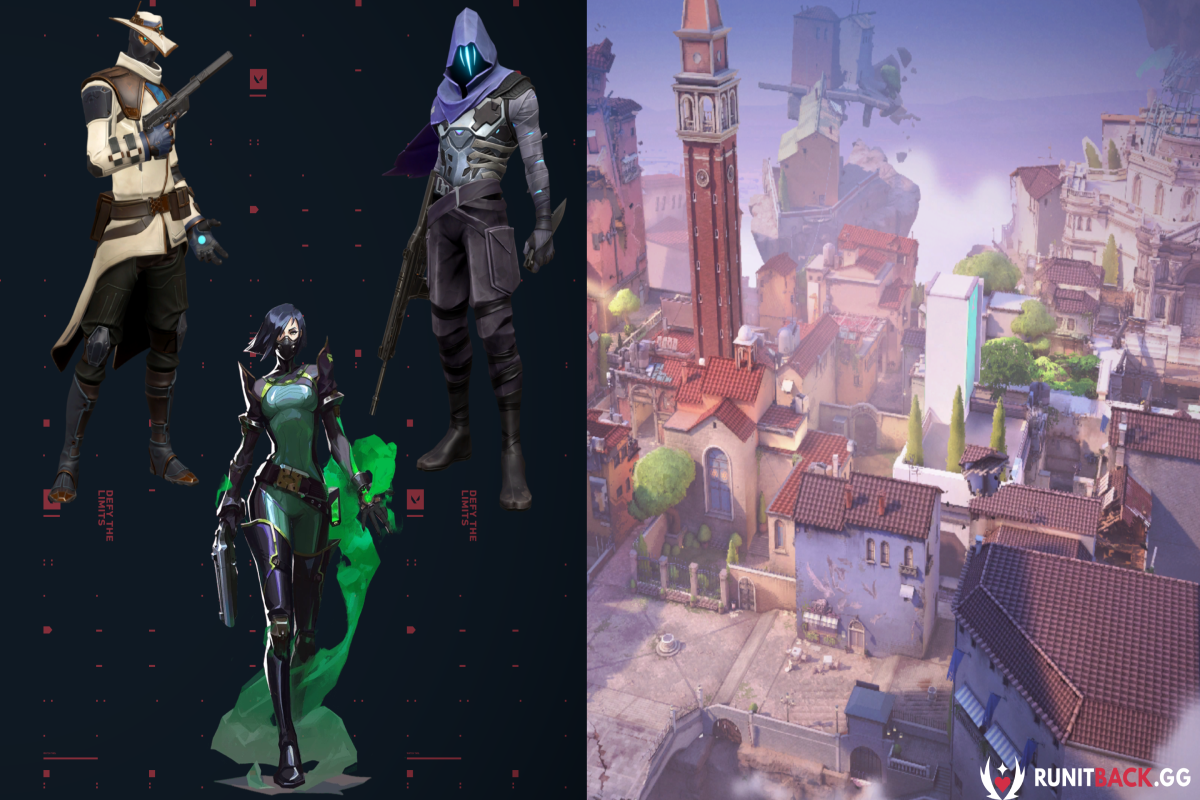