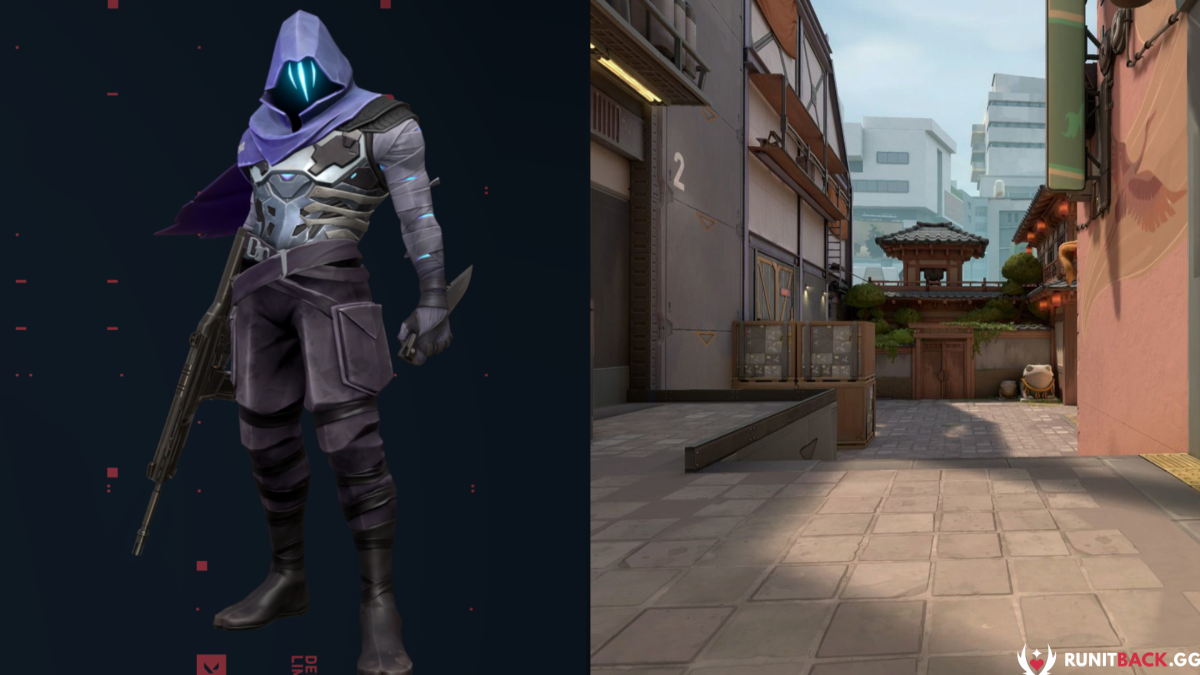 Bind may be the map where Omen shines, but his abilities are truly useful across all of Valorant. Split is another prime example of that sentiment. With Omen’s Shrouded Step ability, pushing onto sites, setting up defensive holds, or escaping sticky situations become far more effective than doing the same with any other Valorant Agent.

Here are some ways to put Shrouded Step to good use on the map Split.

A Main to A Ramps

Pushing onto a site can be easily countered by an opponent simply holding the proper angle on the site entrance. Moving past an opening could be a costly mistake when on the attacking side. Thankfully, Omen has a way around that. If A Ramps does not have an enemy aiming down it, Omen can keep cover in A Main and use Shrouded Step to make it a decent way up A Ramps. This prevents anyone from staring down the way to A Site from A Main and seeing him cross. Sneaky. That’s the keyword here.J Just be careful of any enemies holding the angle from inside of A Heaven.

A Screens to A Site

This is almost the virtual opposite of the previous location. When defending, or attacking if a gnarly flank has been made, don’t give the opponent the chance to catch you rotating. From A Screens, Omen’s Shrouded Step can reach behind the wall and onto the steps that lead down to A Site. This prevents any enemies from holding that angle on-site or on A Tower and seeing Omen enter the site. This allows the Omen player to approach the site with ease, being detected well after a play can be made.

B Main to B Site

B Main, or Garage, is the most common approach to pushing B Site. Very similar in execution and purpose of the A side teleports, this one makes moving to B Site much less stressful. Ensure that close left and B Back are clear before attempting this maneuver. Otherwise, as soon as Omen reappears, he’s in for a mow down. If everything seems safe, initiate Shrouded Step from the hall leading out of Garage. Place the marker behind the middle structure of B Site. This prevents the enemies from B Tower/B Rafters or underneath from seeing Omen push in.

A fine defensive play, this one is sure to catch some opponents off guard. As the opposing team attempts to push through B Main, give them all the reason to believe you are holding B Site from behind the large wall. If they see you and you manage to survive, even better. The enemies will push in and think Omen is in place to defend B Site directly. Instead, fire off Shrouded Step from behind the structure onto the boxes in the corner. This gives Omen the high ground and quite the position to gather some picks. If they push in with a wall or fire some darts into the corner, they won’t even think twice about you having moved up.

This is a miscellaneous location that is effective on either the attacking or defending side. It also works in reverse. If Mid is locked down hard and you are looking to rotate to the attacker side of either site, this trick works well. Set the Shrouded Step marker from Mid Market to the boxes that cover the Sewer entrance. Or vice versa set it from the Sewer entrance into Mid Market. Teleport over and easily rotate without being caught by that pesky Operator staring down either entrance to Mid.

For all of your Valorant guides, breaking news, and event details, stay tuned to Run it Back!