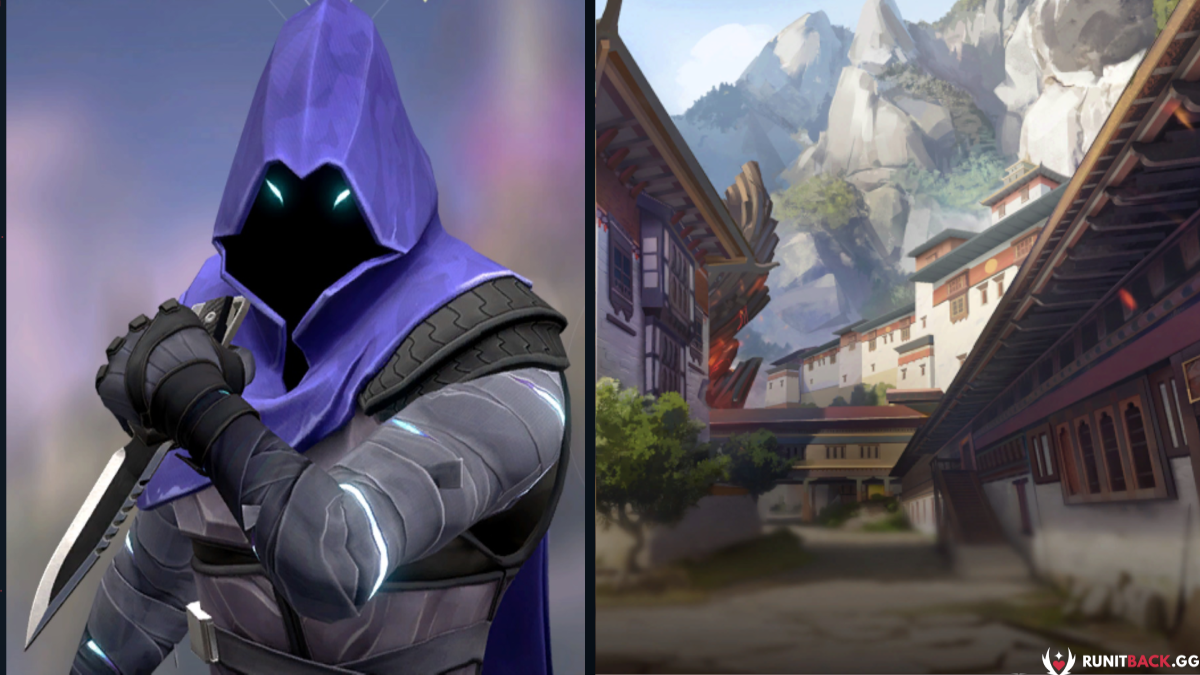 Haven is a massive map. With massive maps comes huge amounts of plays to be made. Omen is so useful here, from One Way Smokes to the following Shrouded Step locations. There may be more areas for an effective Shrouded Step on Haven than Bind and Split put together.

Speaking of Bind and Split, click them if you missed those guides.

Otherwise, here are some ways to take that Shrouded Step towards victory with Omen on the map Haven!

A Tower to A Site & A Site to A Tower

A two for one package. These both work in similar fashions. The idea behind them is to transfer between being down on A Site and up in A Tower, or Heaven. If an opponent sees you in Heaven, keep cover behind the wall and set the marker next to the boxes. Push out and surprise!

From the bottom, put the Shrouded Step onto the window from A Tower. After planting the spike or if an A Site rush is occurring and you need take a defensive position, teleport up, up, and away! This is a fast and effective way of taking over the high ground.

This location is a way to avoid being spotted. While pushing through A Long, an opponent may be on site or in A Tower ready to fire on whoever walks by. This ensures that won’t happen. Move from one end of the entryway to another without being spotted using Shrouded Step. This works very well if a slow push is occurring and the team is attempting to bait the opponents into rotating out of A. They’ll take towards A Long and you will be right there waiting.

A Short to A Site

From A Short to A Site is very similar to the Shrouded Step in A Long. The goal here is to move up further onto the site and avoid being seen. While coming up the ramp on A Short, put the marker behind the boxes across from the doorway. This will place Omen in a position to wait for an enemy to try and peek down to A Short. As well, it allows Omen to have a different, unexpected angle if no one physically saw the player push through.

A defensive wonder, this location allows more taking control of the high ground. It works well as a move to avoid being seen or as a move to throw off the information that the enemy has. Let them see you and move to confuse them or just get to the boxes to pass by the doorway. This also works when defending the spike after it has been planted. From the side of the door to B Site, place the marker on top of the boxes. This gives a view of the front of the site as well as anyone that may be rotating from A.

This one is called the Pinball move. It does cost both of the Shrouded Step slots available, but is a sure fire way to push through Mid Window without being spotted. Step into the window room and use Shrouded Step to secretly move across the opening. From there, move up just slightly and peek out the window to the right corner. Activate Shrouded Step a second time and be down in Mid Courtyard. This will give eyes to anyone pushing through Double Doors and can surprise someone who is hard scoped in on Mid Window from B Site.

This could work well as a pinball move, too. That is, if spending both Shrouded Steps for one push is worth it. If not, being able to rotate into the corner of C Long out of sight from C Site shouldn’t be too difficult. From there, Shrouded Step allows the player to move into C Cubby. The perfect spot to hear some footsteps, wait for someone to try to rotate up, and gather some information for the rest of the team.

In the Garage, known as C Short, it is vital to prevent a push towards C Site or giving up control of the back of B Site. Omen can do just that with a smoke on double doors or a Shrouded Step out of the window behind some boxes. This is another one that works well whether the enemy has seen you or not. If seen, take cover to the side of the window opening and teleport down. This will confuse the enemies who assume Omen is still in the window when they push up to take over the location. If not seen, still use it as a way to sneakily move to a new angle.

For the very best in Valorant news, guides, and event information, stay tuned to Run it Back!