OG uNKOE on thoughts following Raise Your Edge matchup, getting picked up by OG, and agent Astra 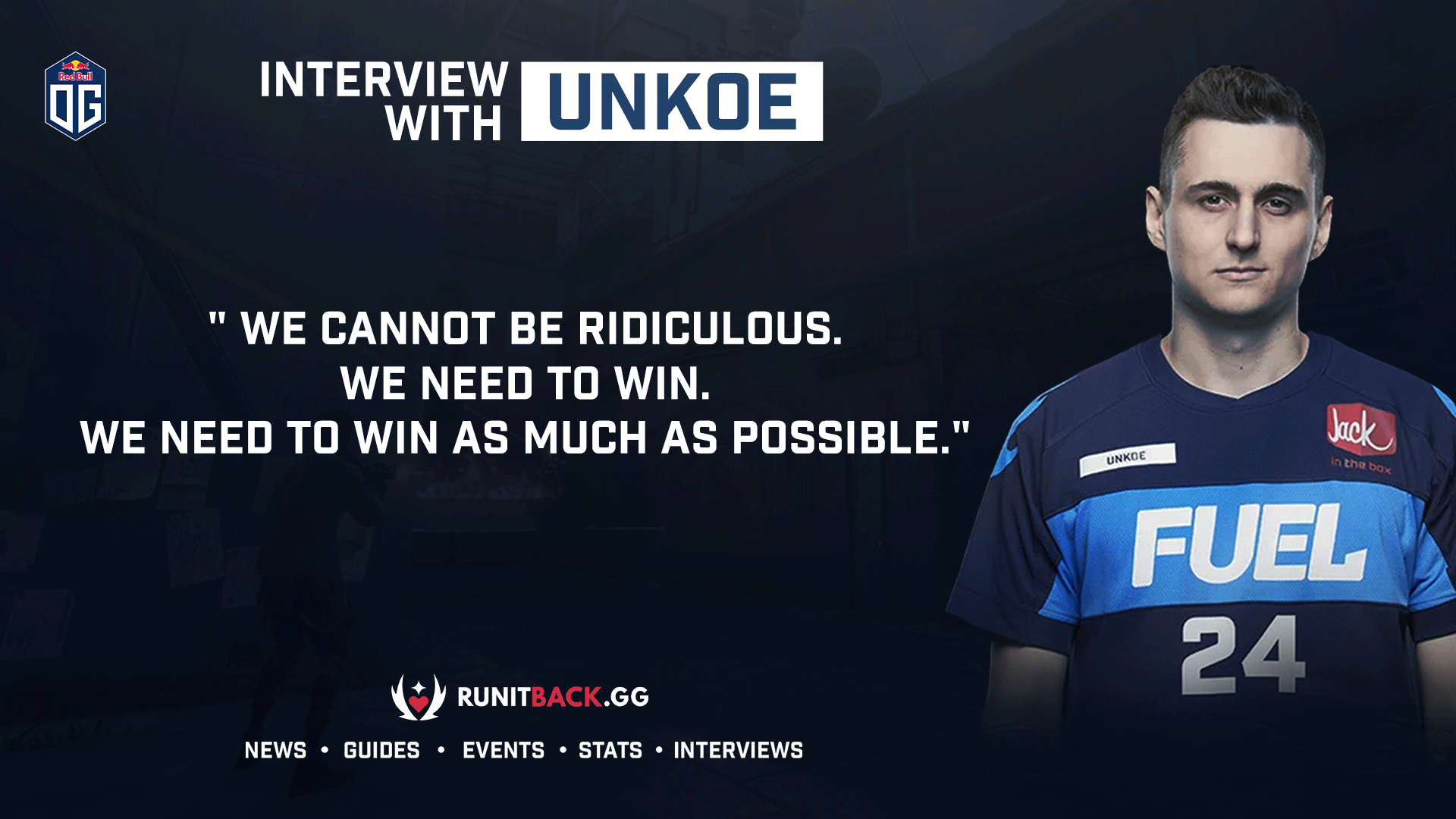 The very last matchup of Valorant Champions Tour (VCT) Challengers 3 Europe, saw OG face Raise Your Edge Gaming. We got to chat with Benjamin “uNKOE” Chevasson of OG, following their loss while Raise Your Edge went into Masters 1. Benjamin had a lot to say about what was behind his side’s loss. uNKOE also told us a little about Monkey business getting picked up by OG, as well as his thoughts on the new Valorant agent, Astra.

RunItBack: What was your team’s spirit like coming into the matchup against Raise Your Edge Gaming?

uNKOE: We are always confident but we knew it was going to be a very difficult match. We saw what they did against the other teams and they are pretty solid. We knew that it was going to be really difficult to play against them, especially since they had the momentum. They kept winning, they went through the third qualifier (Challengers 3) and they kept playing matches everyday. And us, we qualified at the first qualifier (Challengers 1), and it kind of affected the momentum. Because when you qualify at the first qualifier, you have to wait a lot of time before playing your match.

uNKOE: No, we have experience, we are not joking and tilting. Even after that first map, we reset our mindset and go fully motivated for the second one. But they were playing a composition that we are not used to playing against. It’s very difficult to play against this composition because it’s a composition where it’s very versatile. They don’t have a Sentinel, so they don’t have a Killjoy or Cypher. But, they have a lot of things to execute sites. They have a lot of smokes and flashes. They have entries. And they have a lot of map control, like the Sova Drone, Recon plus Skye flashes plus Skye Drone (Trailblazer), if you can call it a drone, it’s very versatile. It’s a comp without a Sentinel. We knew they were going to be playing this comp but we don’t really have practice against this kind of compositions because in scrims no one is playing that.

At the end you prepare for something that won’t happen, so you waste your time, it’s not even productive. You are kind of countering yourself by doing that. It’s weird…but yeah.

RunItBack: Last time we spoke, you were still Monkey business. But today, you are OG. Getting signed by the org, did that change something in your team’s mindset? Did anything change at all?

uNKOE: I mean it doesn’t change anything except that we need to prove things. I mean, when we were in Monkey business, we had to prove things to have an organization, we had to prove what we’re capable of. Since we signed with OG, which is one of the best organizations in the world when it comes to cash prize earnings and performance, results. So we need to…We cannot be ridiculous. We need to win. We need to win as much as possible. So the mindset didn’t really change to be honest, no.

RunItBack: So we mostly see you playing Omen, a controller. I’m curious about your thoughts on Astra, the newest agent in Valorant. Do you see yourself picking her up in the future?

uNKOE: Yeah, I will try to practice her. Now we have time, since we’re not qualified to Masters. I will try to play her, to see what I’m capable of with it (Astra). If I can do some stuff, if it’s good in a team environment. But I didn’t get time [so far] to play her. As you know like I told you the last time, we’re playing on the previous patch. So I didn’t waste my time to play her on ranked, for example, or even in scrims, because we had this match [against RYE] to play on the patch before. But yeah, I will try and see what I can do with it, but I think it’s a very good character.

RunItBack: Unfortunately, you guys will miss out on the first Masters event. Obviously, there’s still going to be Masters 2 and Masters 3 to fight for. What do you think you guys need to focus on ahead of the Challengers events before the future Masters events?

Run It Back thanks Benjamin for his times and wishes him and his OG team all the best in the future.

*Questions and answers may have been altered slightly for the sake of clarity and brevity.*