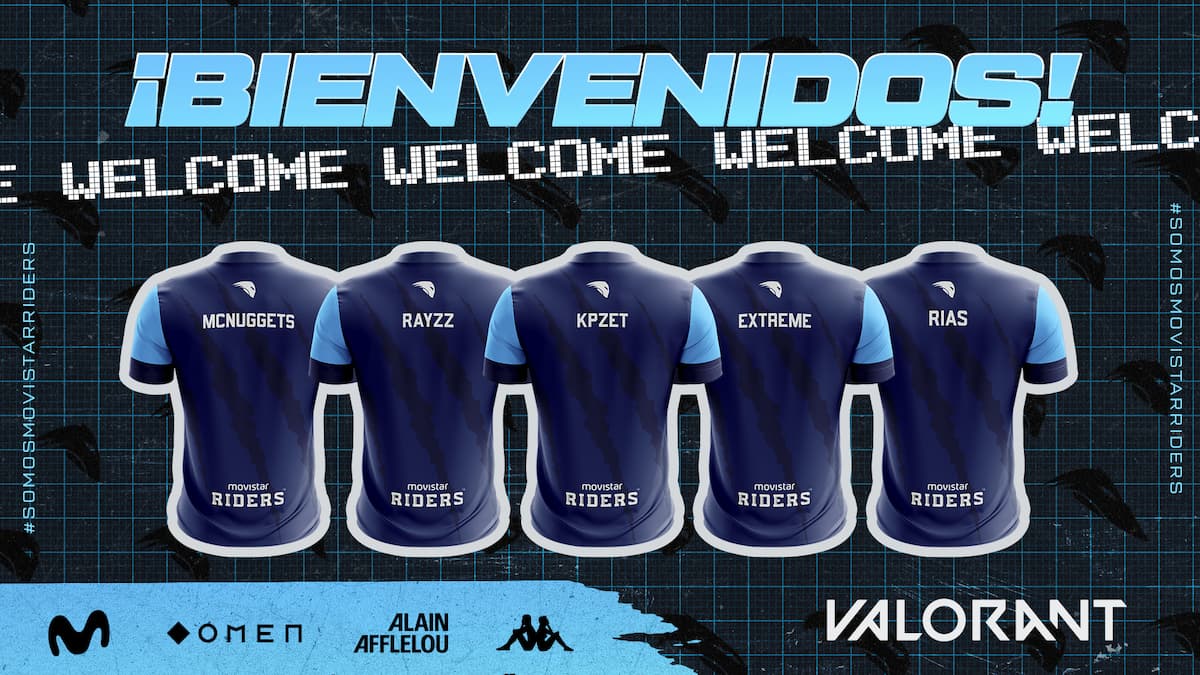 Movistar Riders is returning to VALORANT in 2022 with a brand new roster. The organization has announced the signing of five new players after allowing the previous roster go to field other opportunities.

The team found varied success in 2020 and 2021 with great showings in the various LVP tournaments. Regardless of that, the team began to go their separate ways in November. It started with the coach exiting and then the players began to look for new offers. The team was labeled inactive as they were slowly released from their contracts.

On December 14, 2021, the rebuild began with the signing of former G2 analyst Lucas “LRojo” Rojo to the head coach position. Now, Movistar Riders has a complete roster of five ready to show up and show out for the 2022 VALORANT Champions Tour.

Those five players are:

Rias originally joined Movistar Riders in August as a stand-in before becoming a permanent member in September. He was included in the inactivation of the roster, however, so technically he is joining the active team again.

This sees one of the most diverse European teams in terms of country representation put together by the Spanish organization. Each player is from a different country with Spain, Ireland, Denmark, Bulgaria, and the Czech Republic all being represented.

The 2022 VALORANT Champions Tour is scheduled to begin soon as more and more teams are putting the final pieces into place. Movistar Riders is just one of the many organizations looking to take VALORANT by storm in the new year.

Best of luck to them and stay tuned to Run It Back for more breaking news!