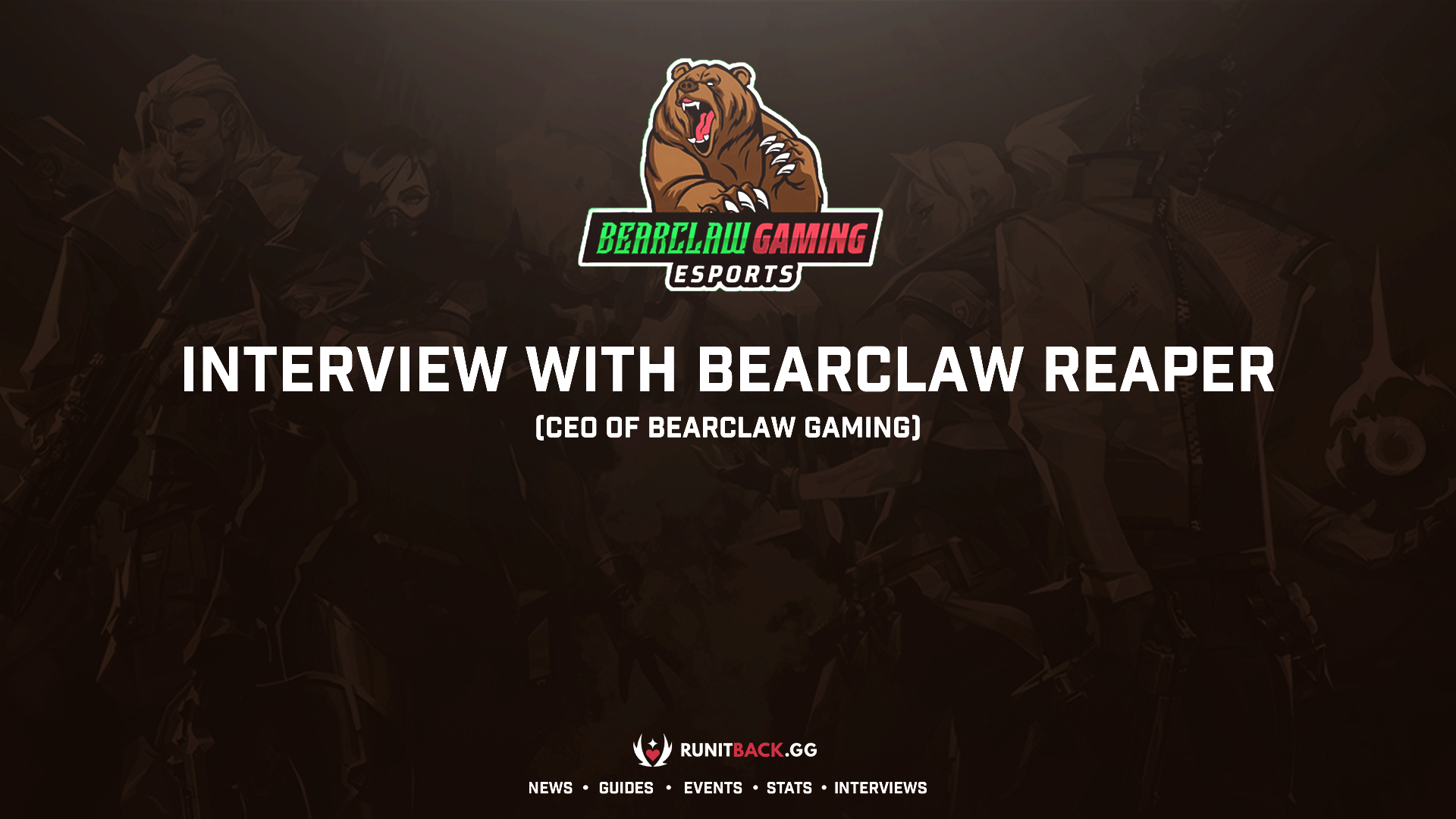 Chances are that when you hear the term “CEO”, you imagine a mature person with tons of experience in their field, sitting right at the top of the business pyramid. Well, it turns out that it doesn’t always have to be that way, at least when it comes to age. We’ve managed to have a chat with the 17-year-old CEO of BearClaw Gaming, which recently entered the South Korean Valorant esport scene. Fielding a range of talents from the scene, including ex-T1 and ex-Cloud9 Korea players, BearClaw Gaming caught the attention of many. Though, we’re more interested in Harley “Reaper” Parks, and how at just 17, she became the CEO of an up-and-coming tier 1 team on the South Korean Valorant scene.

RunItBack: Firstly, if you could tell us a bit about yourself, a brief introduction of sorts, how you got into esports, anything you’d like to mention about yourself.

Reaper: So, when I was really young, I used to play Pokemon on the DSI at around 5 years old. From then on I just kept playing games and my parents were always like “Get off the game, it’s never going to make you money in life lalala.”, and I was just like, “Whatever, I don’t care. I’m going to make money off of this, it’s my dream.”

So around 2012-2013, Call of Duty: Ghosts came out. I was a big fan of CoD. I wanted to get into the scene a little more, so I started following the pro scene. The whole OpTiC, FaZe, Denial, old e-United. So, I was like “yeah, this is awesome”, I kept playing CoD all the way until this year actually. I got more into the competitive CoD scene in 2017. I played competitively in Advanced Warfare and did a bunch of GB tournaments, wagers, and got a bit of money off of that and that’s when my parents noticing that “ok, there’s a way she can actually make a living off of this”.

So, 2020 rolls around, and the whole Covid-19 starts. I said to myself, ok, I’m going to buckle down and make an organization because I like the management side of thing more than being a player. So, really, I started out with CoD, and then I got a Valorant team after Valorant came out. Everything was starting to grow. We made it to First Strike in Valorant, while in CoD we were a top 32 challengers team. I started gaining traction of a lot of people. Sponsors, investors, advisors. Right now I’m actually with a parent company as of December called PLYNIUS out of Malaysia. Even though this was still a business deal, a transaction, they were nice enough to help me “up” my organization and assisted with funds. I was pretty blessed with that. That opportunity, and we just keep growing bigger.

RunItBack: Since you’re as young as 17, were there any hurdles behind becoming the CEO of an esports team at such a young age.

Reaper: There were a bunch of hurdles, actually. At the start, after I left my old teams, one was called OLK, Online Killers, I was kind of like, ok, I’m kind of done with the player side. So, the hurdle was, as an org owner, I have to entice people, because why would people want to join? So at first without having any money, it was this kind of this enticing thing of 85/15. I’ll pay the $20-$30 to get you guys in, but you guys keep 85%, we keep 15%, and we go by selling jerseys with that 15%. A lot of people liked that idea, as I started getting better and better players, they wanted more and more. The other hurdle was, not having any money *laughs*. There were so many other hurdles. A couple CoD players, you just don’t get along with. Some of them just don’t want to be there. They don’t feel like you’re capable enough or you have the ability to run an organization. Others are 100% in. It all depends. But yeah, there’s been a bunch of hurdles in creating an org. Especially trying to get noticed.

RunItBack: I’d like to know a little bit more about BearClaw Gaming. You’ve decided to pick up a Korean team. But why not invest into the NA Valorant scene?

Reaper: Right, so the reason why I picked a Korean team. Last year during First Strike I got a team to come to me and said “hey, we need an organization to come and sponsor us in First Strike.” And I thought, ok, I’m a CoD organization, but you know what, sure, why not. They were a Korean team and their coach spoke English. So, I said why not, we’ll sponsor you in First Strike. They made it. They were 20th overall in First Strike Korea. And that actually gained a lot of attention. I was like “oh my gosh, that’s crazy, let’s do this.” And especially because I’ve always been attracted to the Asian scene. I do love League of Legends. I do love Dota. I do love Overwatch along with Call of Duty. The thing that was always problematic with NA was all they really care about in NA is Call of Duty, and now Valorant. There’s not much of a wide range that you can do. And it’s not really profitable in NA. At the same time, the audience is a lot smaller.

In the Asian market, it’s so much easier to expand. The fact that I did have a team come to me helped out a lot. Overall, there’s a lower entry barrier to get into the Korean and overall Asian market. It’s very profitable over there. It’s widely accepted, something that is really hard in America is gaming becoming widely accepted. It’s getting there, but right now it’s not. Also, everything in Korea is really close. There’s a PC bang, an esports cafe, at every corner. In America, you don’t really have that. Everything is very spread out, far apart. Travelling is hard and expensive because you have to fly out to like California, or to the East Coast, or the Mid-west. So, it’s a lot cheaper and there’s a lower entry barrier in Korea.

RunItBack: This is some interesting insight that you’re giving us here, which is fantastic. Focusing on the team, what are BearClaw Gaming’s short-term and long-term goals for Valorant?

Reaper: So, short-term, right now, we really want to get the team house set-up. We’re actually moving into an office soon. I’m actually moving to Korea in eight days since the parent company is giving us a little bit of capital to put a team house and an office in South Korea. So, the short-term goal is definitely a team house. A great center to get our players working as one in a great coherent unit.

RunItBack: Glad that you mentioned that. Vision Strikers have an insane streak of wins currently. So, that’s one of BearClaw’s long-term goals, to beat Vision Strikers…

Reaper: Oh yeah. I was talking to the CEO of Vision Strikers the other day. I can tell, they’re not totally ignoring us. They’ve started following all of our pages, all of our accounts. Went as far as following my personal Instagram account. They’re a little interested. We have Cloud9’s former head coach. We have T1’s former Head Coach, and we have a crazy lineup of players all the way from Crazy Raccoon, to Cloud9, to T1, and then one guy with absolute pure-raw talent from TUBEPLE Gaming. I feel like with the right people behind us, we can really take it home.

RunItBack: Anything you’d like to say to the audience? To the Korean fans, to Vision Strikers, to your enemies. Anyone you’d like to give a shout out to?

Reaper: So, I’d like to say, to all the fans in Korea, I know we have a lot of American and European fans, but to the new fans in Korea, thank you for all the love and support you’ve already shown us so far. You guys are amazing. The fact that you’re supporting a team that’s very diverse. From Cloud9, to T1, to Crazy Raccoon, NYXL. Even to me, who is a little American girl from the other side of the world! Thank you guys for supporting such a crazy, diverse field of players and staff from each and every organization out there.

Run It Back wishes all the best to BearClaw Gaming on the South Korean Valorant scene. Also, we’d like to thank Reaper for putting in the time to talk with us. At just 17, we are astonished by her eloquence and knowledge of the esports world, as well as how much she has already managed to achieve in her first 17 years in life.

*Disclaimer: Questions and answers may have been altered slightly for the sake of clarity and brevity* 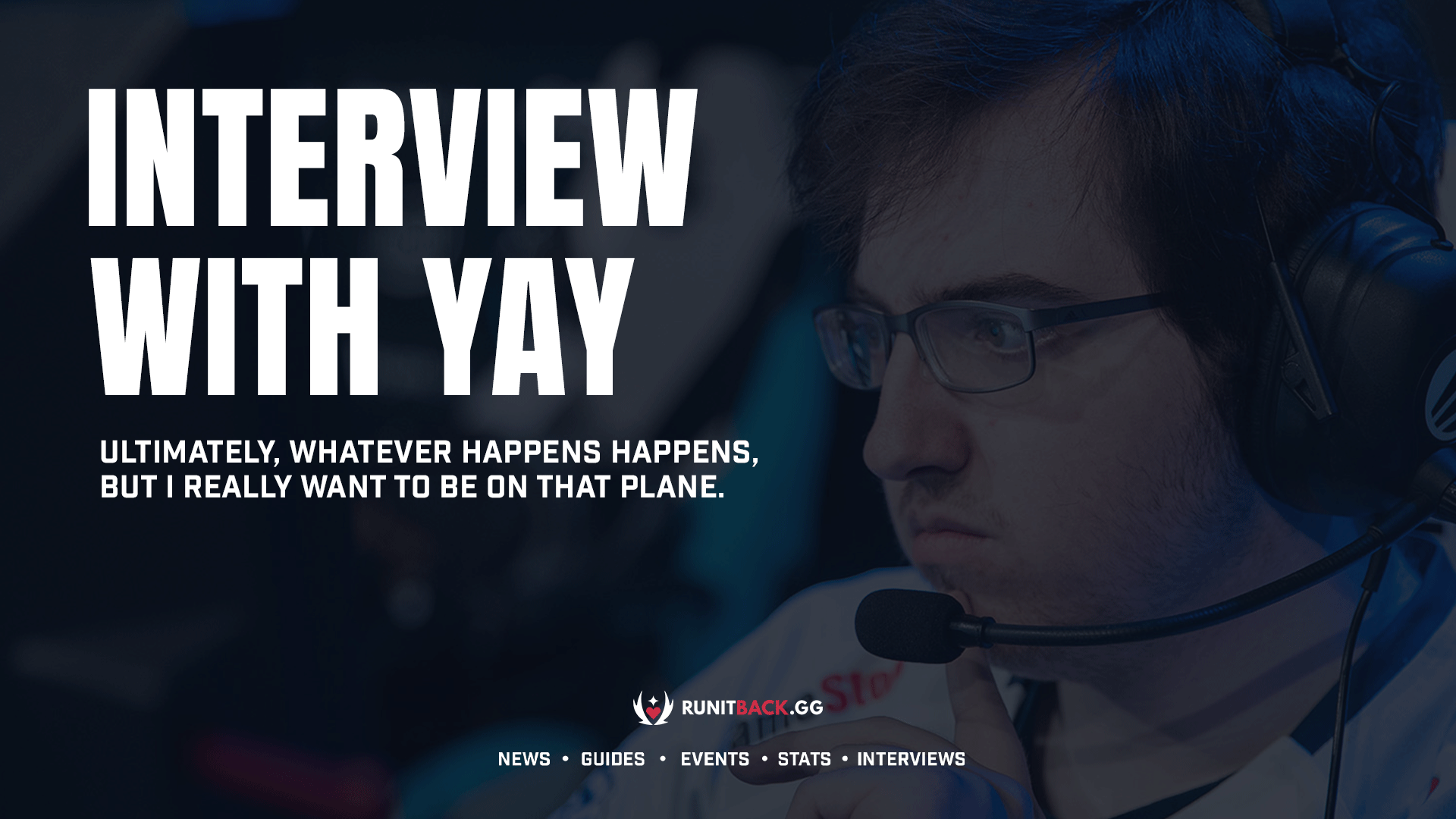