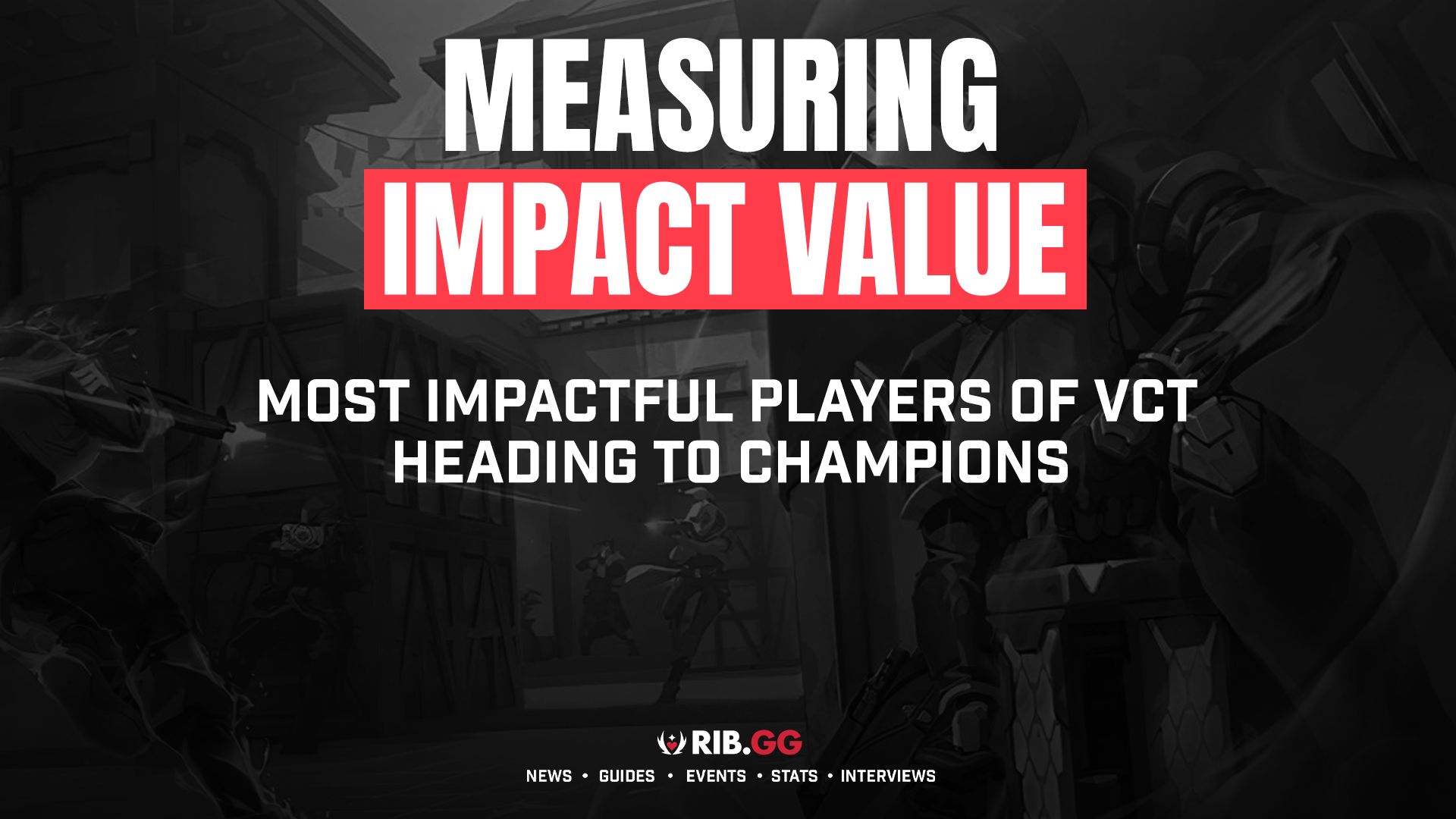 VALORANT Champions in Berlin kicks off shortly. Being the biggest VALORANT LAN event to date, we have joined forced with Mateus to produce a one-of-a-kind article that gives us an alternate look at some of the most impactful players throughout the year at VCT. But what is impact value and how is it measured?

Impact Value is a statistic not given directly by Riot. The statistic has been developed by Mateus and is based on our analytical platform. It bases results by taking into account “game state”. Game state constantly changes given the outcome of certain events that take place throughout each round as well as before a given round commences. Comparing to the Riot-provided Average Combat Score, Impact Value gives us a more justified result.

A good example would be to compare 4 exit-frag kills when the sole player remaining on the defenders team knew that the round was already lost versus an actual 4k when it is still anybody’s round. ACS would count the two similarly. However, Impact Value takes into account the circumstances in which the 4k happened.

These two scenarios are taken into account in the Impact Value statistic. Below are the features of the model.

For a full outline of the Impact Value model as well as more in-depth explanation and limitations, make sure to read Mateus’ article.

We have selected top 8 players that were the most impactful throughout the year solely at VCT events. We picked top 8 instead of top 10 due to amount of matches played. Shoutout to Kim “MaKo” Myeong-kwan, Park “Bazzi” Jun-Ki, and Patiphan “Patiphan” Chaiwong for staying consistent, yet not making the cut due to playing 53, 49, and 43 matches respectively at VCT. Compared to the top 8 players, these amounts are at least 21 matches less than Gustavo “Sacy” Rossi’s, who had the lowest amount of played matches at 74 and made the cut in the top 8.

Impact Value is given in percentages. While we could provide the values in decimal points, we feel that big % numbers reflect performance better. Also, the primary reason being that the Impact Value algorithm directly provides impact throughout rounds in percentages. This is well demonstrated by providing an example scenario:

This also shows that Impact Value is cumulative. In essence, Impact Value is a delta average of delta divided by the amount of matches. Therefore, if a player has played a lot of matches and have found themselves in the top, they are truly a force to be reckoned with.

Mehmet “cNed” Yağız İpek has been dubbed by many as the best Jett player in the world. Now, he has a stat to show for that. The Turkish-born is the only player to achieve an Impact Value of over 100% and built up quite a gap between himself and the #2 spot. What makes this result even better is his amount of matches played at an impressive 104.

Acend has a serious weapon in their arsenal going into Champions. cNed will undoubtedly be the difference maker for the team as they will face Envy, X10 Crit, and Vivo Keyd in their group. Acend have risen to the top at VCT Europe Stage 1: Masters after defeating Team Heretics in the grand final. After missing out Masters Reykjavik, they made it into the quarterfinals of Masters Berlin where they were bested by 100 Thieves. All in all, Champions will be the perfect opportunity for cNed to show the VALORANT world why he’s the best Jett player in the game.

Olavo “heat” Marcelo of Vivo Keyd takes the #2 spot. The Brazilian Jett-wielding maniac has shown time and time again that he has an enormous impact on Vivo Keyd’s matchups. If he performs, Vivo Keyd is likely taking the match. Conversely, if he’s having a bad game, Vivo Keyd is bound to lose. This is really well demonstrated by their most recent VCT matchup against Kru Esports which they lost 2-0. Guess who was having a bad game?

Nevertheless, Vivo Keyd, similarly to Acend, will depend on their star Jett player to hit their shots consistently to go far into Champions. Impact Value has determined heat to be the best Jett in Brazil in 2021 at VCT events. He’ll surely put on a show in Berlin.

Ladies and gentlemen. A non-Jett main has entered the building and it is another Brazilian player. Gustavo “Sacy” Rossi takes our #3 spot with a 77.19% Impact Value across VCT events in 2021. Team Vikings‘ Sacy has been consistently bringing the finest Sova plays in 2021 and now he has received a statistic to put his doubters in their place.

While having an impactful Jett player is definitely valuable, having a dependable support player that consistently hits shots can be an invaluable asset for any team. We are excited to see Sacy compete on the grand stage in Berlin as much as we are happy that a Sova main has made it on this list.

Dubbed “El Diablo”, Jaccob “yay” Whiteaker takes the #4 spot with an Impact Value of 75.65%. Staying calm and collected on stage, yay was a menace in Masters Berlin as Team Envy acquired the talent from Andbox just a month prior. Considered to be limited at Andbox, yay‘s potential was fully showcased when he joined Pujan “FNS” Mehta and co.

Despite not finding much success at Andbox, yay maintained a very high Impact Value throughout the course of the year at VCT. After a runner-up placement at Masters Berlin against Gambit, El Diablo and co. showed that they are one of the finest sides in North America’s VALORANT. We are eager to see yay live up to his name at Champions.

Often living in the shadow of teammate Ayaz “nAts” Akhmetshin, it is in fact Bogdan “sheydos” Naumov that has provided the most value consistently throughout 2021 for Gambit Esports. Another support-agent main has made the list and for very good reason.

Being an extremely reliable and impactful player overall, sheydos was a big reason for Gambit’s success at Masters Berlin. Though he did opt for Reyna on Icebox and was excellent, his Skye plays were crucial in setting up himself and his teammates for frags. He’s also proficient on Sage which was his overall most picked agent throughout 2021. Sheydos‘ agent versatility goes hand-in-hand with his impact and we are dying to see him go to war against other teams at Champions.

This man needs absolutely no introduction. Adil “ScreaM” Benrlitom makes the list at #6 with a huge amount of matches played at VCT in 2021 at 131. The “headshot machine” is the face of Team Liquid’s VALORANT team and has the numbers to prove it.

Team Liquid had its’ ups and downs throughout 2021 when it comes to VCT. The biggest hit for the team was not qualifying for Masters Berlin. However, Liquid bounced back with a reformed team as they added ScreaM‘s younger brother Nabil “Nivera” Benrlitom to the roster. This led to a brilliant run in the EMEA LCQ to book themselves a spot at Champions.

Team Liquid are going to Champions with ScreaM at the steer and all their matches will definitely be a sight to behold.

Vision Strikers’ Kim “stax” Gu-taek makes the list at 62.00% Impact Value after 79 matches played at VCT. The South Korean support player is also the team’s in-game leader (IGL) and is widely known for setting up his teammates and staying composed throughout the course of matches. However, stax has been a force to be reckoned with himself this year. Leading arguably the best team from Korea, stax will have to carry a big burden on his shoulders as he is tasked with getting Vision Strikers that VALORANT Champions trophy.

A Sentinels player has made the top eight, with an exception nonetheless. Despite placing at #16 on the original list generated by the model, we have decided to give Hunter “SicK” Mims a place. And that’s primarily due to his staggering amount of matches this year; 145. Maintaining fantastic form over 145 matches is a huge task in itself.

Despite often overlooked due to Tyson “TenZ” Ngo and Shahzeb “ShahZam” Khan‘s flashy plays and overall popularity, SicK emerged to be the most impactful player over the course of the year for Sentinels. To add to the result, all other Sentinels players have played the same amount of VCT matches this year except for TenZ who joined later on. 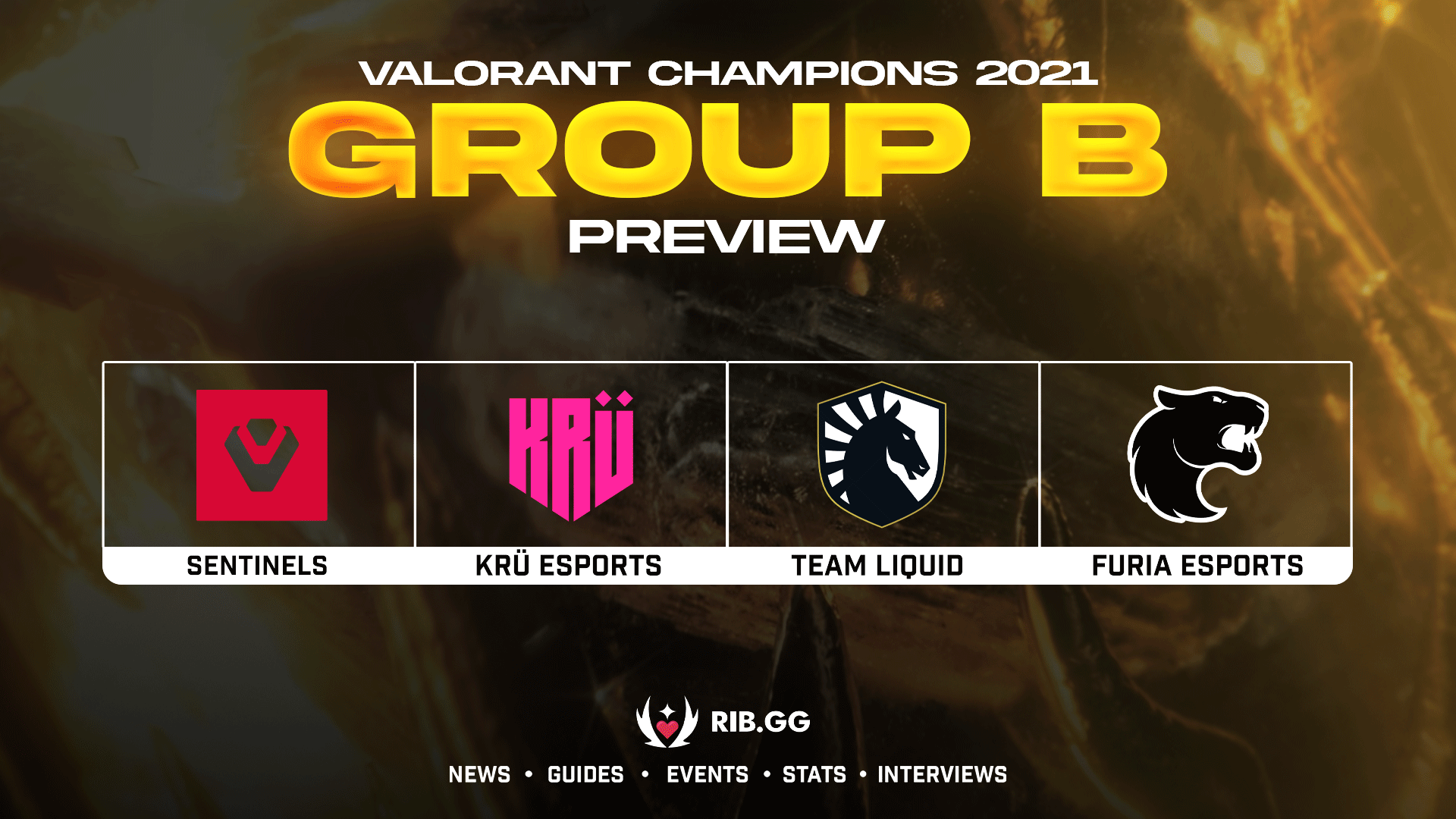