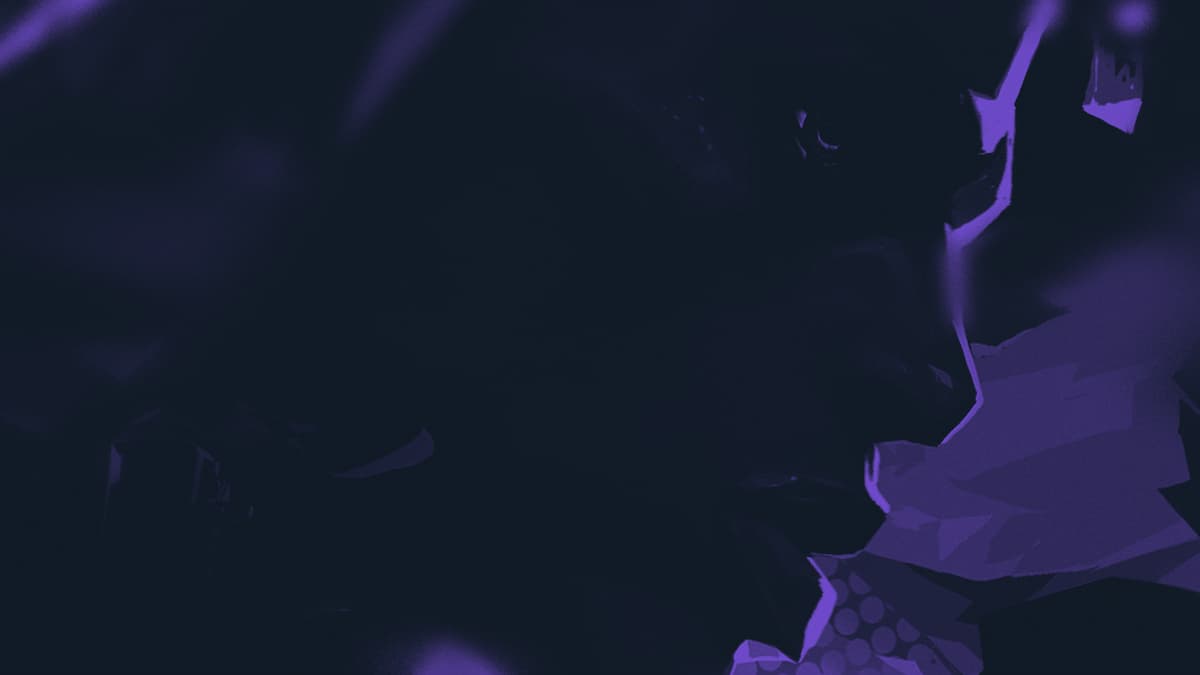 The seventh and final day of the Masters Berlin Group Stage was full of rematches. Two EMEA giants faced off in Acend vs. SuperMassive Blaze. Another EMEA team took on the loan remaining representative from Japan with Gambit Esports vs. Crazy Raccoon. Lastly, in a bit of a throwaway series, Sentinels went against F4Q to wrap up the Group Stage.

The playoff bracket for Masters Berlin was drawn following the Day 6 contests. These teams now know who they will face come the Quarterfinals, depending on who wins in the first two matches from Day 7. There is still plenty of Masters Berlin action left with the playoffs head.

Check out the recap for the final day of the Group Stage below and don’t forget to relive the action from prior days with Run It Back’s written recaps!

SuperMassive Blaze started off Ascent with two quick rounds between a handful of Tech Pauses. The gun rounds came and Acend showed what they can do on defense to tie things up early. A Flawless round followed and the Acend moved out in front. Aleksander “zeek” Zygmunt lit up SMB with the Odin, netting a 3K at one point, but SMB tied it as there was no time to defuse the Spike. Four more came to zeek with his Odin to give Acend the lead once again. A 3K by Melih “pAura” Karaduran kept Acend from running away with the first half. That was followed by pAura detaining three players with the Lockdown and Eren “Brave” Kasırga cleaning up the kills.

Those huge plays by SMB put them up 7:5 at halftime. Another pistol round went their way as they increased their lead. A 4K by Mehmet “Turko” Özen put SuperMassive Blaze in a great spot to reach the finish line. A 3K from Baran “Izzy” Yılmaz added to his awesome score line, but was not enough to keep Acend from finally getting another round on the board. Another 3K went the way of SMB, courtesy of Batuhan “russ” Malgaç, to put them at 10. The final three rounds needed came in the blink of an eye with SMB taking Ascent 13:6.

Bind would be the map where Acend looked to change their fortune. It started off well with a solid pistol round. The next round went their way just as easily. Mehmet Yağız “cNed” İpek made his presence known at last with a 4K on Sage to grow the lead further. Three kills went to zeek next and Acend was rolling. On the seventh round of Bind, SuperMassive Blaze would gain their first victory. Acend responded well with zeek popping off yet again. It was then Patryk “starxo” Kopczyński’s turn to take down three followed by seven more for cNed.

SMB did manage some more rounds by the skin of their teeth to bring the deficit to 9:3 at the half. Acend was quick to get the Spike planted on the pistol round as starxo picked off three to take his team to double digits. SMB were on a buy round with Acend on their bonus. The higher-powered weapons helped SMB snag their fourth round of the map. Santeri “BONECOLD” Sassi massacred SMB with an Ace, however, to push Acend to map point. A 4K from russ kept SMB alive, but Acend were too far ahead. They closed out Bind and forced a third map 13:7.

Split started with a hard fought pistol round by both teams as cNed took down three to swing it for Acend. The second round saw cNed buy a Phantom for a 4K. SMB won the next round, but that did not faze Acend. A 3K by zeek kept them looking strong. A massive Clutch by Turko prevented a runaway, though. Things went back and forth as cNed and Izzy were absolutely insane for their respective teams. After a wonderful opening by Acend, SuperMassive Blaze were able to enter the second half with a tied 6:6 round count.

SuperMassive Blaze took the lead as Brave notched a 3K. The following round was all theirs, as well. Three from starxo kept Acend from falling too far behind. Another tied game was in play as neither team could sneak ahead. Finally, the tie was broken as Vladyslav “Kiles” Shvets delivered a big clutch for Acend to reach double digits. A couple rounds later saw Acend reach map and series point followed by SMB gaining their 10th round. After an incredible and intense battle between two of EMEA’s finest, Acend secured a spot in the Masters Berlin playoffs against 100 Thieves 13:10.

Crazy Raccoon got on the board first with An “Medusa” Min-cheol slotting in for his first time against Gambit. Ayaz “nAts” Akhmetshin took down three, but Matsuda “neth” Yusuke retaliated with three of his own to keep CR in the lead. This was a great, and albeit unexpected, start for the team from Japan. Six straight rounds went to CR before Gambit Esports finally found themselves a round. Three more kills from nAts got Gambit to two. The EMEA team battled back into with a Flawless round leading into halftime.

The second half began with Crazy Raccoon ahead 7:5. The first two rounds after halftime went to Gambit as nAts reached his 20th kill. That tied it up at 7:7. A round later and Gambit had the lead. CR wasn’t going to go down easily, but Gambit pushed their way to double digits. The hot opening by Crazy Raccoon was in the rearview mirror at this point. Three from Timofey “Chronicle” Khromov is what took Gambit Esports to map point. The next round was a textbook victory by Gambit to win Ascent 13:8.

A solid opening happened again for Crazy Raccoon. Byeon “Munchkin” Sang-beom loaded in as Reyna and looked comfortable from the get go. Gambit got on the board with a Thrifty, but a great post-plant by CR in their own Thrifty round prevented the gap from being closed. A 4k from Park “Bazzi” Jun-ki shut down a Mid push by Gambit to get CR to six rounds. Gambit started to claw back on defense with a big 3K from Igor “Redgar” Vlasov. Three Blade Storm kills were found by Nikita “d3ffo” Sudakov to bring Gambit even closer. In a similar first half, CR was rolling and Gambit fought back. This time would see a score of 8:4 at the half.

The second half pistol round was all CR as Munchkin dropped a 4K. The Thrifty followed for Gambit as they looked to mirror the ending to Ascent. Gambit picked up the pace on attack and started to bring the rounds closer together. Crazy Raccoon would hold on for a bit longer, however, and finally reach 10 rounds. Eventually, the rounds ended up at 10:10. A 3K from Chronicle put Gambit in front, but CR tied it once more with a 3K by Bazzi. Gambit went up big to series point. That was met with a 3K by Hideki “Fisker” Sasaki to force overtime.

Overtime started with Gambit on defense. Bogdan “Sheydos” Naumov took down three for a Clutch to get to series point again. Another incredible Clutch came through by Redgar and Gambit punched their ticket to the playoff stage with a 14:12 victory. Their Quarterfinals match at Masters Berlin is against the Korean representatives, Vision Strikers.

Regardless of the outcome, Sentinels moves on to face Team Envy while F4Q packs their bags. The battle began on Breeze with Sentinels attacking. F4Q’s Kim “zunba” Joon-hyuk broke the internet with a Yoru pick and his team took the pistol round. The following round went to Sentinels. This flipped the momentum for SEN as a Flawless round came their way. Chae “Bunny” Joon-hyuk took out three, but Tyson “TenZ” Ngo answered that with a 4K to extend SEN’s lead. The beatdown continued exactly how you think it would.

The second half began 10:2 with the NA reps on top. Sentinels opened up with a Flawless round after halftime. A 3K by Kim “Efina” Nak-yeon put F4Q to three. That’s the last round they would get as Sentinels dominated their way through Breeze. Their defense remained strong throughout the second half and a 13:3 map was theirs.

Split saw a more typical composition for each team. The pistol round was just TenZ popping off again with a 3K during a Flawless. A big Clutch with Astra’s Nova Pulse let Jared “zombs” Gitlin show what he is capable of. A couple of 3K rounds in a row from Bunny was the response, getting F4Q above zero. The same went for zunba, with a couple 3K rounds back to back, keeping F4Q in this one. Eventually, they would take the lead, but SEN was quick to tie it. A 7:5 half went in favor of SEN as they ended it with a Flawless.

A fast hit to B Site began the second half. Sentinels planted the Spike, but F4Q put together a good retake to win the pistol round. A couple rounds later with a 3K by Jeong “Esperanza” Jin-cheol put F4Q ahead of the best team in the world. They reached double digits and looked to force a third map against Sentinels. It wasn’t long before they made it to map point. A Sentinels comeback was shut down and F4Q took Split 13:9 off of a Yoo “fiveK” Sung-min 4K.

The final map of the Masters Berlin Group Stage started with a hard fought pistol round victory by Sentinels. That set them up for a second straight round. A 3K from Shahzeb “ShahZaM” Khan continued Sentinels’ attacking success. Three from Hunter “SicK” Mims followed and F4Q failed to carry over any momentum from Split. The 3K party continued with zombs as Sentinels brushed off the Split loss. SicK showed off with a disgusting 4K on B Site as Sentinels ended the first half with a hefty 10:2 advantage.

F4Q put together a good pistol round to start the second half as they looked to battle back. As often happens, the subsequent round went to F4Q as they bought up. Well, Sentinels got themselves some rifles and TenZ decimated three on his team’s way to an 11th. The next round was another Sentinels domination as they made it to series point. Nothing could stop them at this point as Haven ended 13:4, putting a stop to a gruesomely long day of VALORANT.