Liquid overcome Guild to qualify for CHAMPIONS from EMEA LCQ 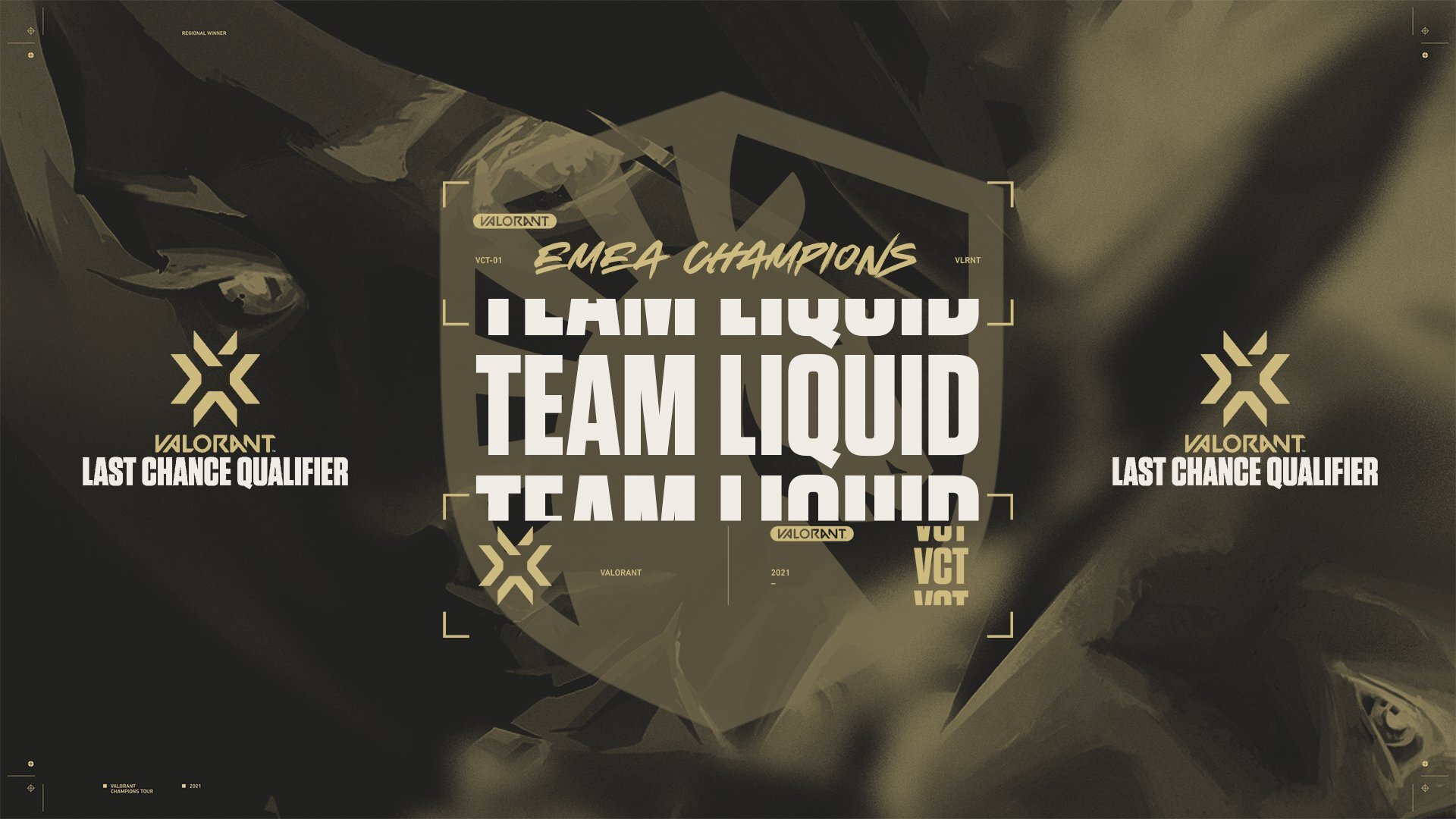 Team Liquid have done it. A long and arduous journey at the EMEA Last Chance Qualifier has gone in favor of Adil “ScreaM” Benrlitom‘s side. The grand final against Guild Esports was not easy and the team has shown an indomitable spirit when they crossed swords. Yet, it was destined for the newly formed duo of brothers to take the cake by force.

The best-of-five saw four maps played before Guild were defeated. The scores were as follows:

Let’s briefly breakdown each map to see how the action transpired.

The EMEA LCQ grand finale kicked off on Haven. Right off the bat, Guild were in the driver’s seat as Liquid was failing to find their footing. A near-flawless run by Guild gave them an 11:1 half victory as Nabil “Nivera” Benrlitom managed to clutch one round at the half for Liquid on defense.

The second half was much more competitive, with Liquid taking the pistol and trying to run with it. However, William “draken” Sundin ensured that Guild close out the map rather quickly with a 2k to secure one round, and later a 1v1 clutch to close out the map all together.

The second battleground, Ascent, was a much closer affair. Liquid reset completely for this map and looked like a fresh new team. ScreaM and co. got off to a solid start on attack, putting up an initial 4:1 score on their attack side. However, it was Guild that closed out the half in their favor at 7:5 as their retakes were key in taking rounds. Yacine “Yacine” Laghmari was especially effective on Jett in retaking sites.

The second half was slowly, but surely, heading in the direction for Liquid. Another hot start on the pistol quickly saw the score square up at 7:7. Guild took some rounds here and there but they weren’t able to string anything together. Instead, Liquid’s Elias “Jamppi” Olkkonen took the opportunity to steal the show as Jett on defense. Paired with Travis “L1NK” Mendoza‘s high quality sneaky plays, Liquid took Ascent with force with a 13:10 scoreline.

With a tied 1-1 series, we were off to seeing a potential 5-map display at the EMEA LCQ grand finals. Split was up next as it was Guild that finally took the pistol round and the follow-up. However, Liquid punched back with a four-round run on defense before Leo “Leo” Jannesson pulled off an ace to keep his side in the game.

This regained the momentum briefly for Guild. Liquid went almost right back to their winning ways on defense to put together another four straight rounds and end the half at 8:4 in their favor.

The second half saw a well-balanced Liquid orchestrate their attacks. The pistol this time fell in their favor as Guild were somewhat struggling to repent the attackers. A last-ditch effort by Malkolm “bonkar” Rench, who clutched out a 1v2 saw Guild trying to mount a comeback at a 12:5 deficit. That was eventually cut short as Nivera and soulcas combined for a 4k to close out the map for their team at a favorable 13:7.

The fourth map was Breeze and it was do-or-die time for Guild. The rather attack-sided map saw Guild take the initiative with the first two rounds falling into their hands. However, Liquid would quickly recuperate to start the onslaught of attacking goodness on Breeze. It was almost all Liquid from that point on in the half as the duo of brothers led the charge as Jett and Viper. This led to a 8:4 half for Team Liquid.

The second half once more saw Guild take the initiative. They managed to keep the score close at first, at an 7:9 deficit. It was then when ScreaM started to push the tempo on defense to slowly, but surely, drop the attackers one-by-one. A 14-kill half for the main man saw Liquid eventually take the fourth map and become the champions of EMEA Last Chance Qualifier at 13:7 on Breeze.

Team Liquid have taken the very last spot at CHAMPIONS for the EMEA region. Despite a valiant effort from Guild, they go home with nothing.

The final bracket for the EMEA LCQ looks as follows: