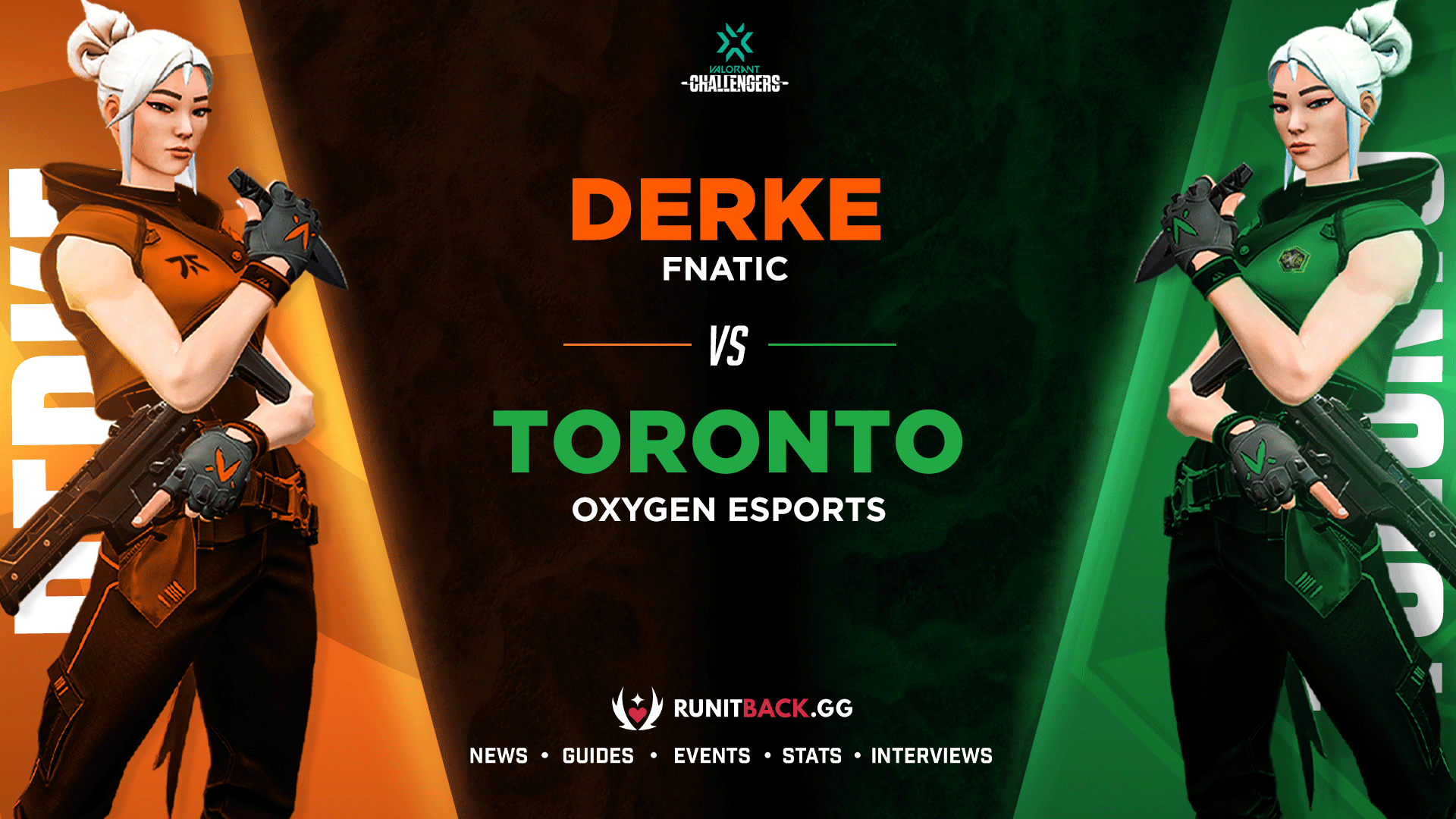 Valorant Champions Tour 2021: EMEA Stage 2 Challengers Finals is round around the corner with the first set of matches kicking off on April 23. With the bracket set in stone, we can now reflect upon the explosive matchups and start to decide which of them we think is the juiciest.

Toronto has been a part of the Turkish Oxygen since the September 21, 2020. Derke on the other hand, is one of Fnatic’s brand new additions and looks to have transformed the way in which Fnatic are performing. This article is focused on analyzing the two Jett players before they meet each other for the first time in an official match at EMEA Challengers.

Firstly we’re going to have a look at the two players’ purchasing tendencies over their last five matches. After that we’re going to delve deeper and see how they tend to behave on Icebox. That will give us a concise, yet brief, indication of how the two players go about moving on the map. Is it aggressive or more passive? Do they like to keep their distance or get right up in the face of the enemy? Let us find out.

Note: The below analysis was conducted by our very own Charlie Pickles, who utilized Run It Back’s analytical platform for the graphs, heatmaps, and data.

For reference, we have analyzed the last 5 games where both players chose Jett. For Derke that would be the following:

And for Toronto, this would be:

The following data shows Derke‘s and toronto‘s weapon purchases over 120 and 110 rounds played over the maps mentioned respectively.

Straight away, we can see that they both opt for the Vandal as their main weapon of choice, Derke having a 40% pick percentage, compared to 34.17% of toronto.

What we find interesting is that over 110 rounds, Derke purchased the Operator 18 times, whereas over 120 rounds, toronto picked it 36 times. Derke had a 16.36% pick percentage, whereas toronto had a 30% pick percentage over the specified rounds. Toronto picks up the operator almost twice as much as Derke, therefore indicating to us that he much prefers to be the sniper. This indicates that Derke prefers to play Jett in more of a rifler role.

Derke vs Toronto on Icebox

Via the use of our analytical platform, we can utilize heatmaps to explore how they behave on the icey Valorant map, Icebox. Both players have 2 games out of their last 5 on Icebox and against different teams, therefore we can analyze a somewhat small sample size but track to see if there are recurring tendencies that are constant. Before going into heatmaps, let’s also have a look at their weapon pickrate on the specific map, as well as their ACS (average combat score).

We are seeing the same trend that we saw of their overview stats. Derke picks up the Vandal 52.17% of the time and the Operator a measly 4.35%. Whereas for toronto, we saw the Operator being their most played weapon, at a pick percentage of 42% and the Vandal close second with 26%. This is going to be very interesting when comparing the way in which they move around the map and the positions and duels they take.

Out of sheer curiosity, let’s also have a look at their ACS across their two respective matches on Icebox. We will also see how it differs on Attack versus on Defense.

From the ACS alone, we are already getting an indicator of how the two players play Valorant. Derke achieved a higher ACS on attack, with his favoured weapon, the Vandal. This potentially hints at him liking to play aggressively and actively searching for entries or trading his teammates. Toronto, however, has a higher ACS on Defense, paired with his weapon choice, the Operator. This may suggest he likes to sit back on site or go for early entries and dash back to safety.

The first kill percentage on defense is pretty similar with Derke at 9% and toronto at 12%. However, we made a note of the fact that toronto’s defensive ACS was a lot higher, so although the defensive first kills are similar, toronto’s ACS is higher, showing he makes a lot more kills on defense. If the first kills are low, but ACS is high, it may suggest that toronto likes to play further back, potentially set up on the site or playing for retakes. Again, toronto could be going for the early defensive kills, so could Derke, these stats just display the percentage of which they’ve made the kills over the rounds.

Let us finally get into the heatmaps generated by our analyst platform. As mentioned, the heatmaps showcase the Derke‘s and toronto‘s positioning on Icebox over their previous two matches. We’ll focus on defense and then on attack.

The heatmaps below show early defensive positions within the first 20 seconds. For clarity, the positions are given every time an event happens, i.e kill, death, plant, defuse. Each time one of these events happen, their location is pinged on the map, therefore we can track the movements of a player per every single event and see their tendencies.

As we can see, both players enjoy playing towards A, with Derke being far more aggressive and toronto playing more towards the site. This is probably due to the fact that Derke is playing with a Vandal and toronto is playing with the Operator. It makes more sense for Derke to want to get in the enemies’ face. We see toronto looking for early picks as he plays towards where the barrier is.

Derke likes to do the same towards B, be aggressive and get all the way in to the attackers spawn, whereas toronto plays at the back of B or closer (this could be on an eco or low buy).

Overall, both players favour the A site for most of their defensive positions, never really touching Icebox’s mid.

It’s all well and good showing their defensive positions, but let’s look at where they’re actually getting kills.

We see similarities between the two, both liking to play far back on A and also on B, with some aggression throughout B from Derke and a little on A, whereas toronto finds opening kills towards A entrance and rarely goes further than that.

They make similar kills from CT spawn on to B site.

What’s really interesting is the fact that throughout these two heatmaps, one of these was made exclusively without operator kills, and you guessed it, that’s Derke.

The following heatmap shows toronto’s kills on Defense, but with an Operator. Derke had none.

As you can see, majority of them are towards A, but if we compare to the above heatmap, he also made a lot of defensive kills towards B. This might suggest that he goes towards B when he has a lower buy or rifle and tends to go towards A when he has an Operator. He could also be going towards B when he has an Operator, but just not making the kills as often. From the heatmap, we see he makes 2, therefore he may have attempted more, but he is way more successful with the sniper from Heaven and site at A.

In conclusion, the analysis shows that Derke loves to float between both bombsites and rarely plays the Operator on Icebox. This is a small sample size, so maybe he didn’t feel the need to use it during those two games, but if we were to go off this data alone, we would say that he wants to rifle on Icebox. Toronto on the other hand, loves to use the Operator towards A, and only makes kills a few times towards B.

We can draw similarities and differences between the upcoming heatmaps, where we look at their attacking positions and where they are making kills.

Like before, we can analyse their early attacking positions. For clarity, the following heatmaps show their positions within the first 20 seconds, each time an event has happened. For example a kill, death, plant, defuse and so on.

As we can see, toronto prefers to go towards A on the Rafters, sometimes through mid & occasionally peeks towards B. Derke on the other hand goes, aggressively towards A through the entrance and also quite aggressively towards B. The difference here is that, with toronto using the operator, he wants the high ground and is able to get info towards site at A. It also looks like he does the same towards B, peeking towards site.

Derke on the contrary, moves a lot closer and looks like he Updrafts towards A too, but not exposing him to all of site and choosing the closer angles. This is a result of him using the Vandal and looking for duels. He also does the same towards B, sometimes peeking at the back but going closer for more information and takes up duels.

The above heatmaps showcase their attacking kills over the 2 maps of Icebox. Patterns look somewhat similar, however we have to remember that Derke has zero kills with the operator, whereas toronto has 8 of those kills on the right with an Operator.

The patterns are somewhat similar, but again let’s reflect the difference in choice of weapon. Derke is finding success towards A while on the site or at the entrance to site. Meanwhile, toronto plays a little bit further back.

We can look at toronto‘s kills and compare them to his sniper kills.

In the comparison between toronto‘s overall kills versus his Operator kills, the majority with the sniper are made behind, or on the site. His other frags, however, show him pushing further on to site, maybe even in to the defender spawn territory and playing the closer angles. This makes perfect sense if this is a force buy or a vandal round.

In conclusion, we can see a stark difference in playstyles from Derke and toronto with the limited data we used to make this comparison. It will be very interesting to see how the two Jett mains perform when coming up against each other with Fnatic vs Oxygen in the VCT EMEA Stage 2 Challengers Finals. This is definitely a matchup to keep an eye on.

Both teams will be fighting for a spot at the Masters 2 in Reykjavik, Iceland. With such high stakes we are sure to see exquisite Valorant action. 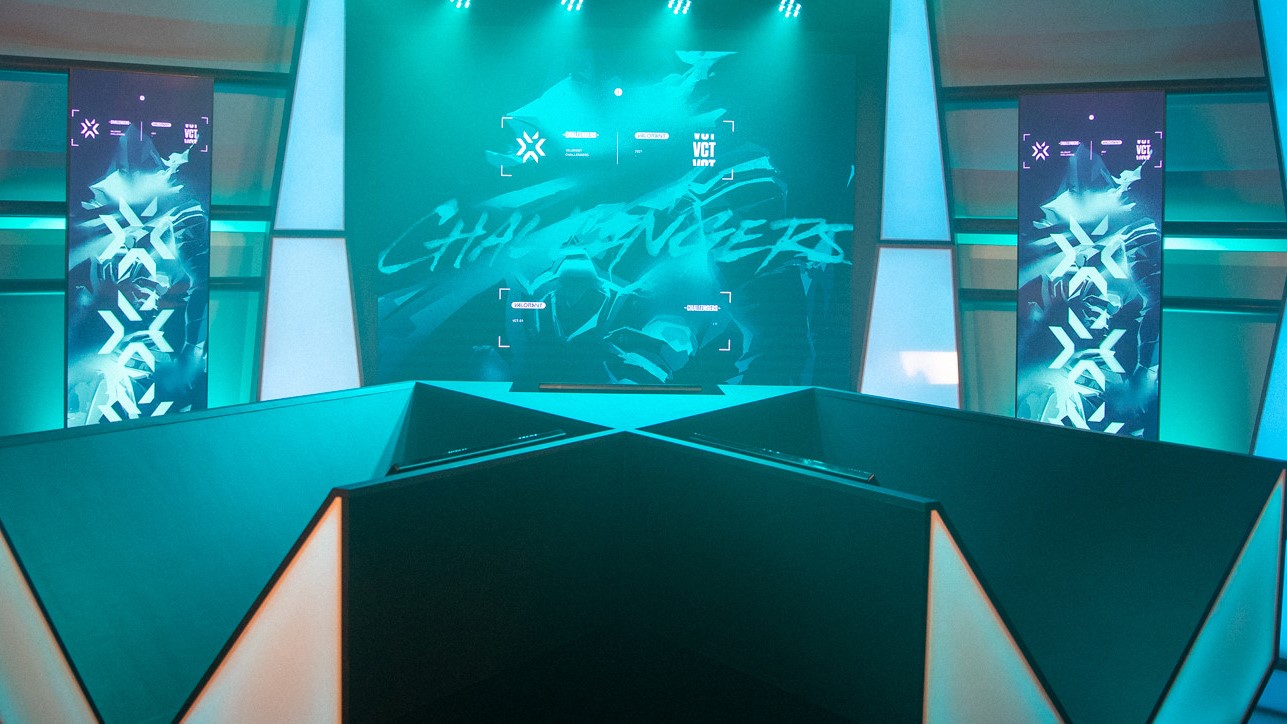