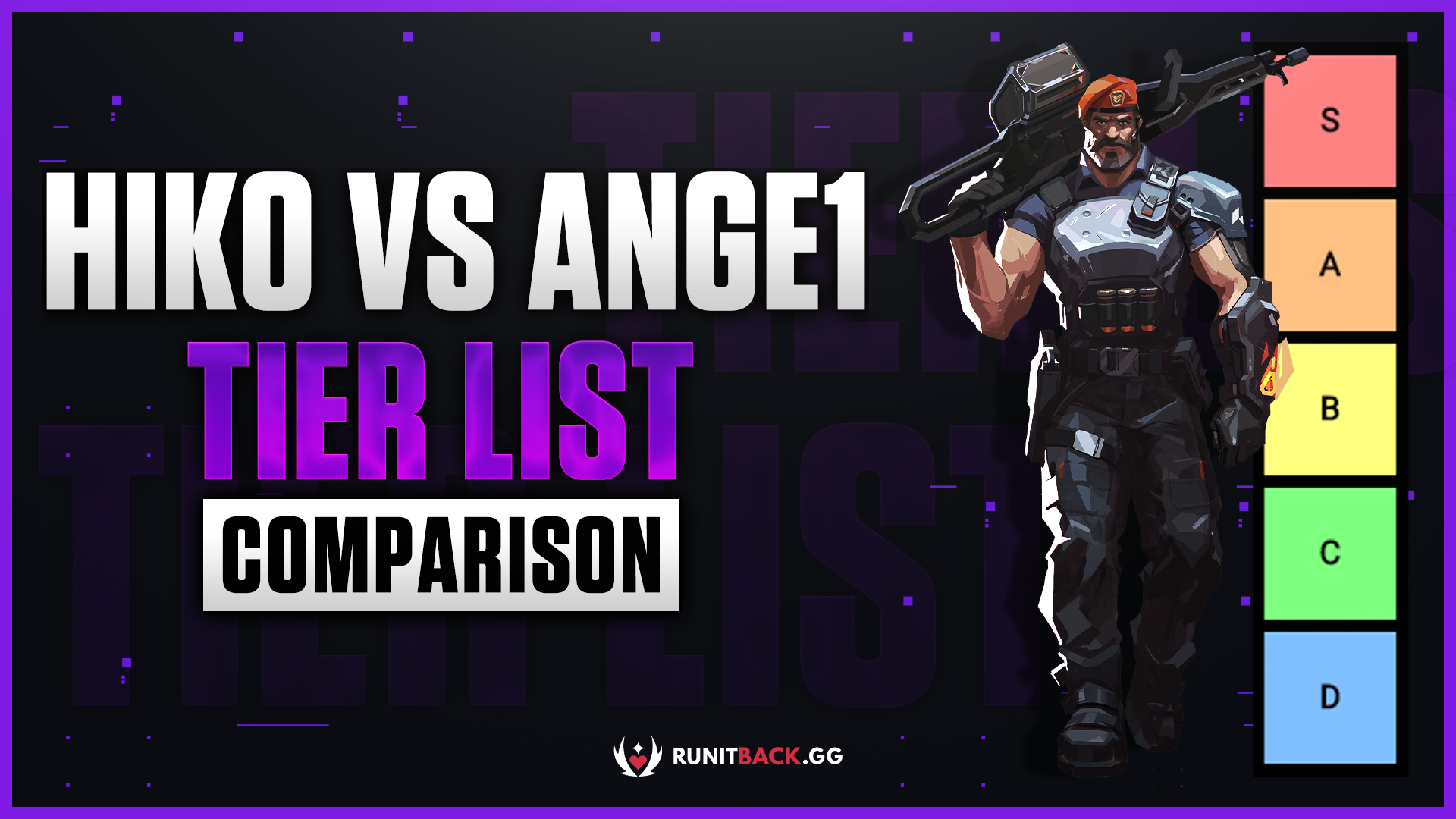 Agent tier lists are becoming popular ways for players to showcase their favorite and least favorite agents. Tier lists made by professional players have become talking points for other players about the usability of agents in Valorant. The two most recent tier lists making the rounds on Twitter and Reddit are Spencer “Hiko” Martin’s and Kirill “ANGE1” Karasiow’s.

Cypher and Omen’s placement in the S-tier makes sense due to their informatio- gathering nature. Cypher’s trap can be used as a smoke to block visibility while his tripwires and camera can be placed anywhere on the map to detect enemies. Not only that, but his ultimate literally reveals the location of all the enemy agents alive on the map. Omen also has flashes in addition to his smokes and can teleport anywhere on the map to catch the other team by surprise.

It’s interesting that he placed Jett in the S-tier as well due to the community’s early dislike for her. It seems team compositions are finally learning to use her movement skills to get frags in quick succession across different places on the map.

Phoenix and Breach, the flashbang buddies, are both in A-tier presumably since their in-game uses are very similar. It’s strange that Sova is in A-tier and not S since his kit is also information gathering-based.

B-tier looks like it’s reserved for the damage-dealing agents: Brimstone, Killjoy, and Raze. Brimstone is inferior to Omen as he lacks Omen’s movement abilities which might explain his placement. Raze’s Blast Pack was recently nerfed and Killjoy is a one-trick pony once players learn to look out for her traps.

C-tier has Sage and Reyna. Sage recently got super nerfed and Hiko has been very vocal about how he thinks she is the worst agent in the entire game.

All alone in D-tier is Viper. This one is a bit odd since she was recently buffed a bit in Patch 1.07.

While ANGE1’s list is wildly different from Hiko’s, it also has some similarities.

The only agent in S-tier is Brimstone probably because he is one of ANGE1’s mains. A-tier shares Breach and Sova with Hiko’s list but adds Cypher, Jett, Omen, and Raze. B-tier brings the nerfed Sage up from Hiko’s C-tier but brings Phoenix down from Hiko’s A-tier. C and D-tier are almost the same as Hiko’s with Reyna in C and Viper down at the bottom. ANGE1 said there was no Killjoy on the website he used but that she is in B with Sage.

Overall this list is a bit odd. It seems like his placement is more opinion-based than meta-based. This might make it less dependable to some but following the meta isn’t always the best way to win games. Of course, a player shouldn’t base their playstyle on what a pro deems best. It’s important to remember that everyone plays differently and what pro players say is not the law.

What do you think of these tiers? What would you change and why? As usual, remember to follow us at Run it Back for all your latest news, extensive guides, and exclusive interviews in the world of Valorant.