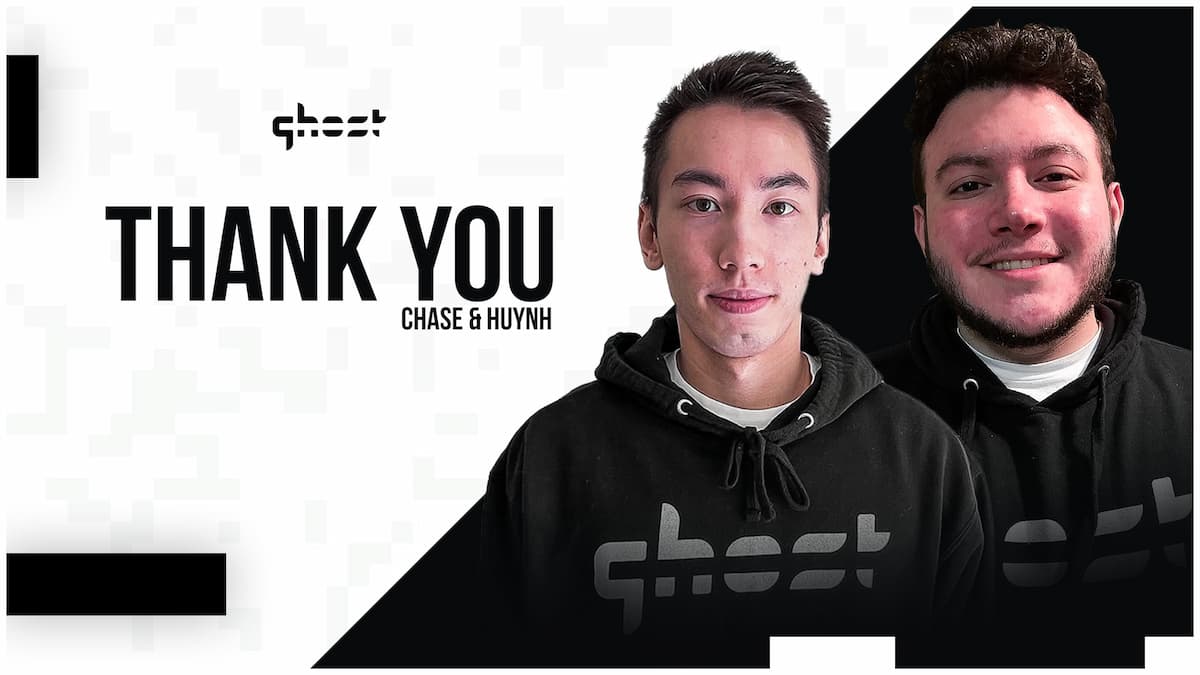 Ghost Gaming is down two players. Both Dajon “chase” Lopez and Danny “huynh” Huynh will be looking for new homes to start the 2022 VALORANT season. The players took their release in stride and are now unrestricted free agents ready to take their talent elsewhere prior to the VCT kicking off.

Ghost Gaming has found some decent success in the Tier 2 VALORANT scene. Most recently, they took second place at the NSG Winter Championship Open 5. Regardless of that, the organization is looking to move on from chase and huynh. After the announcement of their release, both players expressed their continued interest in competing.

Prior to Ghost Gaming, chase was a longstanding member of Mamba Mode Gaming. The Sentinel player has proven his worth over the course of his VALORANT career and should have no problem landing with another organization.

Once the star Jett player of Gen.G Esports, huynh shifted to the Sova role after joining Ghost Gaming. As you can see in his tweet, he is preferential to Sova, but will slot in to any role where he is needed for the right time. Much like his now former teammate, chase, huynh is very talented and should find another team fairly soon.

There are plenty of organizations in VALORANT, whether in North America or abroad for these two players. With importing becoming more and more frequent in the esport, the options are starting to look unlimited for those who will do anything to compete against the best of the best.

Best of luck to chase and huynh as they look for new teams. As well, to Ghost Gaming as they attempt to fill their final roster spots before VCT 2022 officially begins.

Stay tuned to Run It Back for more breaking news as the roster changes keep rolling in!