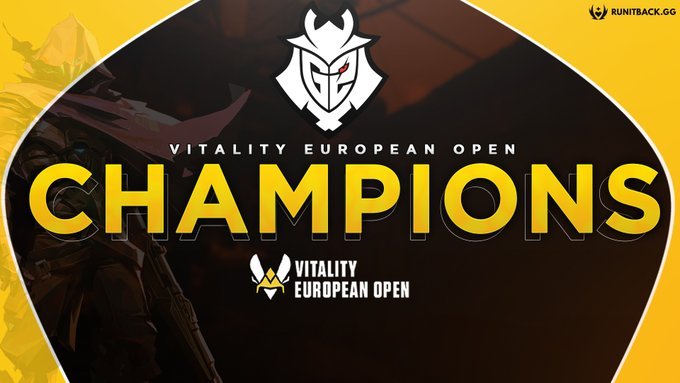 After three long days of competitive Valorant, the Team Vitality Ignition Series finally has a victor. G2 Esports has taken home the tournament, adding their first major event win to the resume. While TSM may still reign supreme worldwide, it’s safe to say that G2 is one of the best rosters in Europe. Let’s take a look at just how G2 managed to take home the victory at the latest Ignition Series event.

Going into this event, it was agreed by most that G2 held an upper hand among most of the teams in attendance. While FABRIKEN was definitely a threat to G2, we unfortunately never got to see them matchup. Instead, Prodigy Agency squeaked their way to the Grand Finals to face G2.

The Grand Finals began with G2 up one map due to Prodigy coming from the lower bracket. While Prodigy did manage to steal a map off G2, it simply wasn’t enough. The boys in red and black came out with a 3-1 victory, taking home the lion’s share of the €15,000 prize pool.

Over the course of the weekend, G2 looked in control of every match they played. Only dropping a handful of maps, the roster was led by Oscar “Mixwell” Cañellas Colocho and his Operator. Consistently putting together strong performances, Mixwell looks like one of the best Jett players in the world at this point.

The one lingering question for G2 is who their fifth player will be. David “davidp” Prins stood in this weekend but the organization still doesn’t have a solid fifth. There’s currently no timetable for this announcement, but we’ll keep you posted on any further developments.

Make sure to bookmark Run It Back for future recaps and all other things Valorant! You can also join the discussion happening right now on our Discord.