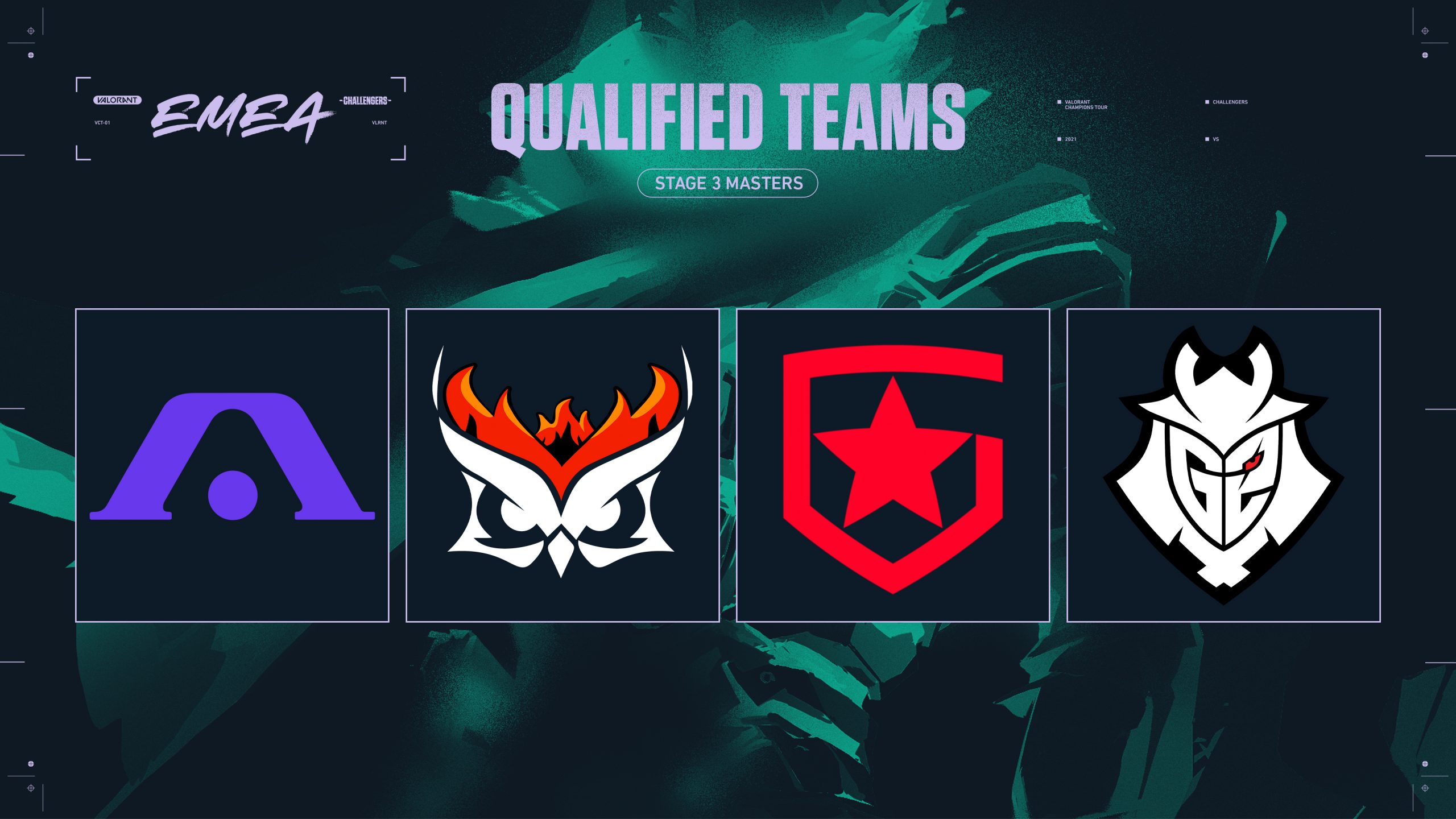 The EMEA Challengers Playoffs have finally given out the last two spots for the elusive Masters Berlin event next month. Joining Acend and SuperMassive Blaze as EMEA representatives are G2 Esports and Gambit Esports after gruelling battles in the Lower Bracket.

After having a rough start overall to 2021 VALORANT Champions Tour, G2 Esports came into the Stage 3 qualifiers event with a renewed roster. Soon after, G2 regained some lost respect by defeating Fnatic twice at Stage 3: Challengers 1 in Europe. Their Lower Bracket rally at the Main Event of Challengers 1 saw them defeat FPX and Guild Esports right after that, reaching the grand final where they were eventually bested by Acend. Nevertheless, their spot at EMEA Challengers Playoffs was set in stone.

At the EMEA Challengers Playoffs, G2 had a clean start by defeating Oxygen Esports. However, their streak would soon come to an end as SuperMassive Blaze emerged as the better side. Being dropped to the Lower Bracket, David “davidp” Prins with his Vodafone Giants roster was ready to take G2’s spot at Masters Berlin. However, it was G2 that reigned supreme with the following scores:

An initial loss on Icebox sparked a fire on the G2 roster. Óscar “mixwell” Cañellas Colocho’s side quickly dismantled Giants on Bind and Ascent with dominant showings. Though much hyped, the Giants roster failed to ultimately overcome the talented G2 lineup.

Gambit Esports are a force in the CIS VALORANT scene. Coming into this EMEA event, they were definitely considered one of the top contenders for a spot in Berlin.

Gambit first showed their true colors to the world at the EMEA Stage 2 Challengers Finals (qualifier for Masters Reykjavik). Their phenomenal Group A run saw them knock out FunPlus Phoenix and qualify for the semifinals where they were put up against Fnatic. As we know, Fnatic emerged as the better side. Nevertheless, the Gambit Esports squad showed resilience and great promise for the future.

Gambit have fulfilled that promise by coming out on top in the CIS Stage 3 Challengers 1 event, qualifying for EMEA. Then, they defeated Guild Esports with a clean 2:0 before facing the European favorites, Acend. There, Mehmet “cNed” Yağız İpek’s side emerged as the better team with a 2:1 matchup that went the distance. Finally, Gambit had one last shot at qualifying to Masters Berlin and they had a mighty task on their hands as Team Liquid was their opponent in the Lower Bracket. Ayaz “nAts” Akhmetshin’s side was triumphant after a hectic decider map:

Much like G2, Gambit rallied from a 0-1 deficit to reverse sweep Team Liqud in the fight for the last two spots in Masters Berlin from EMEA. This means that neither former EMEA representatives at Reykjavik will be present at Masters Berlin; Fnatic nor Team Liquid.

Remember to follow us at Run it Back and join our Discord for all your latest news, extensive guides, and exclusive interviews in the world of VALORANT.