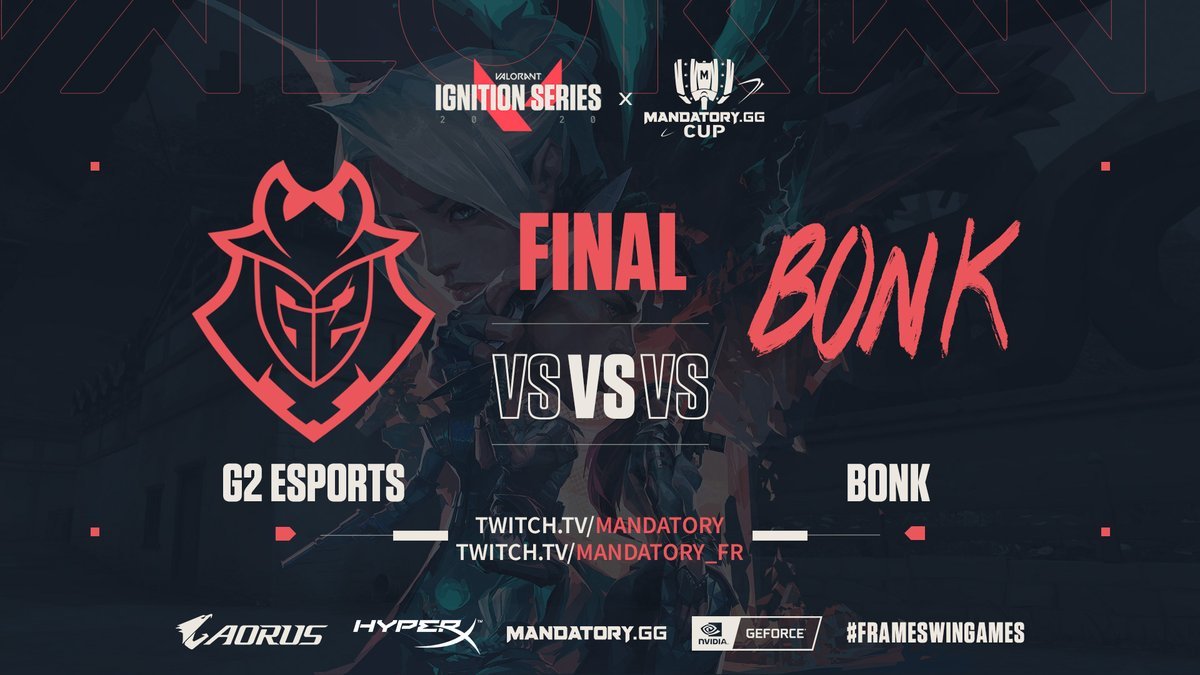 G2 Esports has yet again proved to be the most dominant European Valorant squad on the EU professional scene. G2 went on an unbeaten run at Mandatory Cup, not dropping a single map throughout the whole tournament. In the finale, the dominators faced an unexpected team, Bonk, and proceeded to dismantle them in swift fashion.

G2 Esports came into the tourney as the favourites. Despite other big teams present, such as fish123 or NiP, these teams failed to live up to expectations and dropped from the tourney prematurely. In the meantime, G2 minded their own business as Oscar “Mixwell” Cañellas’ team ravaged on. On their journey, they faced G.Gang, Giants Gaming, DreamChasers and BBL Esports, knocking each team in the best-of-one or best-of-three series without their enemies coming close.

Bonk were the surprise finalist, knocking out one of the teams that perhaps stood a chance against G2, Ninjas in Pyjamas (NiP). Featuring Malkolm “bonkar” Rench, the team knocked out the Swedish ninjas in a country derby in the semifinals.

In the finale, however, G2 Esports was simply way too much too handle. In the best-of-five series, G2 yet again did not lose a single map. Though Haven and Ascent got relatively close at 13:9 and 13:8 respectively, Bind was a blowout in favor of G2 at 13:5.

G2 Esports go home with another win with €10,000 in their pockets. Bonk take home €3,000, and perhaps are a team to look out for down the line on the EU Valorant scene.

For all the latest news, extensive guides, and exclusive interviews in the world of Valorant, remember to follow us at Run It Back.