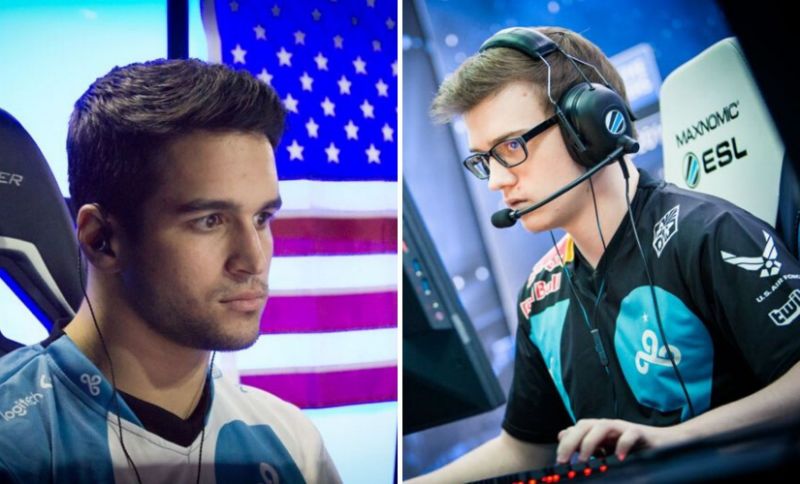 Ex-Swole Patrol members Ryan “freakazoid” Abadir and Jordan “Zellsis” Montemurro have made the decision to quit CSGO to pursue Valorant professionally. Effective immediately, they have retired from active CSGO play and are now looking for an organization to sign them for Valorant. The former Counter-strike professionals announced the news via Twitter.

Sometimes life says out with the old and gotta go with the new. I’m quitting cs and going to be playing Valorant. I can’t wait to be apart of the team that competes at worlds or whatever it’s called for it and fucking shit up against teams world wide. LETS GO

Both players had previously competed at the top level of the CSGO scene, with each having one Major appearance to their name earned during their separate stints playing for Cloud9. However, the Swole Patrol boys had been unable to find an organization to sponsor them for a number of months before their decision to move to Valorant.

Why Switch from CSgo to Valorant?

Their motivations to move to Valorant seem to have been mostly business related.

With the current hype around Valorant drawing the attention of potential investors, big esports organizations are looking to sign rosters with recognizable talent to establish a brand and develop a loyal fan-base as the game develops. Sensing that Counter-strike held no future for them in its competitive scene, the former Swole Patrol boys have decided to chance their luck in Valorant’s emerging tournament circuit.

The decision does not seem to have been taken lightly, however. Only a few days before Freakazoid’s decision was made public he was still making calls for sponsors via his personal Twitter.

ANOTHER ORGLESS DAY… Still looking for team so we don’t have to go to valorant or some bullshit like that. My team loves cs and we just want a home. Someone help SWOLEPATROL OUT!

Freakazoid has been a part of the Counter-Strike scene since 2010 when he was first signed to play CS:Source for Area 51 Gaming. He has played for a number of high profile teams such as Echo Fox, Ghost Gaming and eUnited, but will be most well known for his time with the 2015-16 Cloud9 roster in which he played alongside other big names such as Shroud, Skadoodle, and Stewie2k.

Zellsis hasn’t been around quite as long, being active since his time with Tyrant Gaming in 2016. He also rose to prominence after playing for Cloud9, with whom he attended the 2019 IEM Katowice Major as a trial.

Having played together numerous times over numerous rosters, it is assumed the two players will be sticking together in Valorant. Both players are still looking for a team at the time of writing.

They aren’t the only players to have quit CSGO for Valorant, however. A number of players from other FPS titles have been making the switch – check out our rundown of the top 5 players to keep your eye on here.

From all the staff here at RunItBack, good luck in your future endeavors with Valorant. For more Valorant news and gameplay guides, stay tuned to RunItBack!