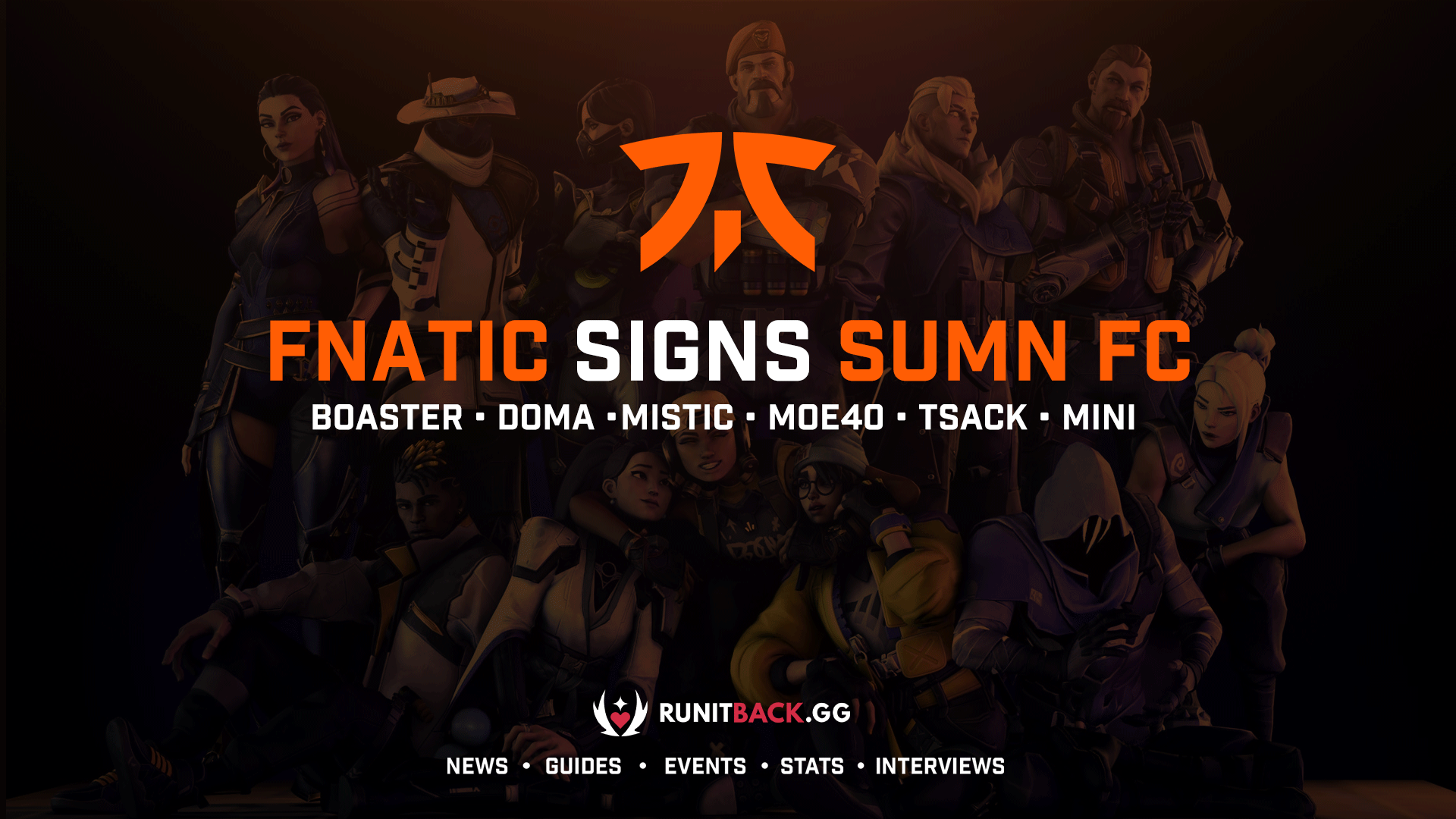 It has finally happened. The finalists of the European First Strike Regional finals, SUMN FC, have been picked up by an organization, and it’s a big one. Fnatic have decided to dabble their feet in Valorant as they sign the whole SUMN FC roster. The move comes right in time for Valorant Champions Tour qualifiers.

SUMN FC’s Results Speak for Themselves

The organization-less team with Yinsu Collins as manager was formed on August 5 of 2020. Led by Jake “Boaster” Howlett, the medley featuring players from Great Britain, Greece, and Croatia shook the European Valorant scene. First competing at Lava Series, SUMN FC managed to triumph at LAVA Series #6, after being bested by Lunaris at Series #5. The team’s next showing was at Valorant Contenders Cup, where they were beaten in the grand final by Kirill “ANEG1” Karasiow’s side, FunPlus Phoenix. A victory at epic31 Online was the ultimate warmup, as First Strike was up next on the team’s agenda.

A successful run at First Strike Europe: Qualifier A, sent Boaster’s men right into the Regional Finals. There, the European force faced Purple Cobras, another organization-less squad, in the quarter finals, sweeping them in the best-of-three encounter. SUMN then had the opportunity of getting revenge for the loss at Valorant Contenders Cup against FunPlus Phoenix, and they did just that. Boaster’s side managed to edge out one of the favorites to get to the final of the event, and went on to face Team Heretics in the grand finale. In the final, they were defeated in a thrilling best-of-five series, coming out as the runners-up of the event. As an organization-less squad, this feat was more than impressive.

In 2021, SUMN FC participated in the Red Bull Home Ground tourney. The team entered the semifinals where they faced Team Liquid. In one of the best matches of the tournament, Adil “ScreaM” Benrlitom’s side came out on top after a best-of-five that went all the way to the decider. Nevertheless, SUMN boys looked hot, as the match could have gone either way.

Fnatic like to try out various esports. Their resume boasts an array of teams in a lot of them. The hefty list includes Fortnite, League of Legends, Dota 2, PUBG Mobile, FIFA, and many many others. However, it is their Counter-Strike: Global Offensive team that is considered to be one of the finest in the world, sporting an array of trophies and grand major victories. The organization is hoping to strike gold with this SUMN FC signing in Valorant to match the team’s achievements in CSGO.

Fnatic picking up SUMN FC comes right in the nick of time ahead of Valorant Champions Tour. Starting out on February 4 with the Open Qualifier, the event is a long road, with only the fittest teams making it out alive into Masters. And so now, SUMN FC go into Champions Tour with an organization having their back. Must be a nice feeling for sure. 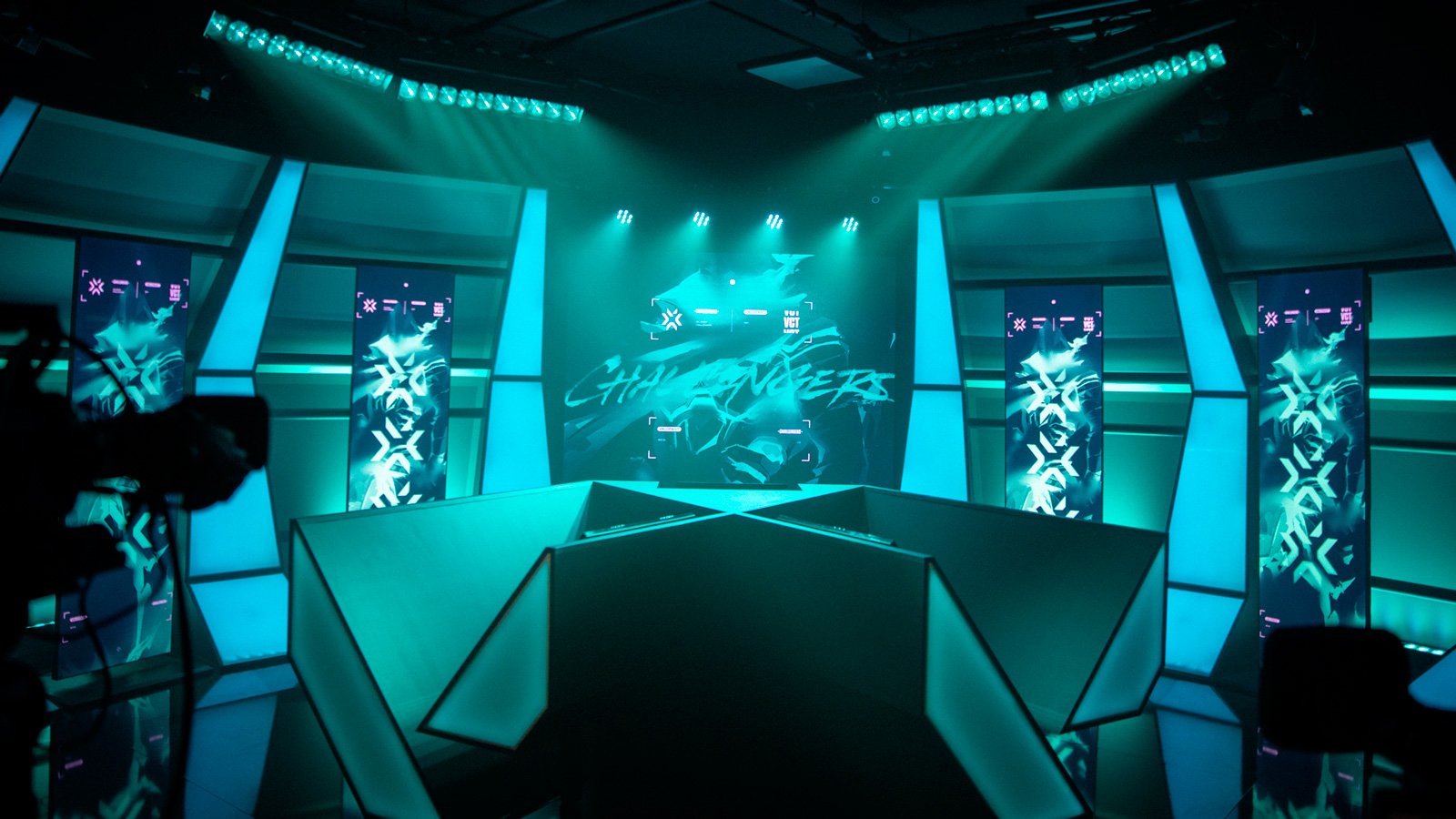