Everything coming to the Episode 3 Act III Battlepass 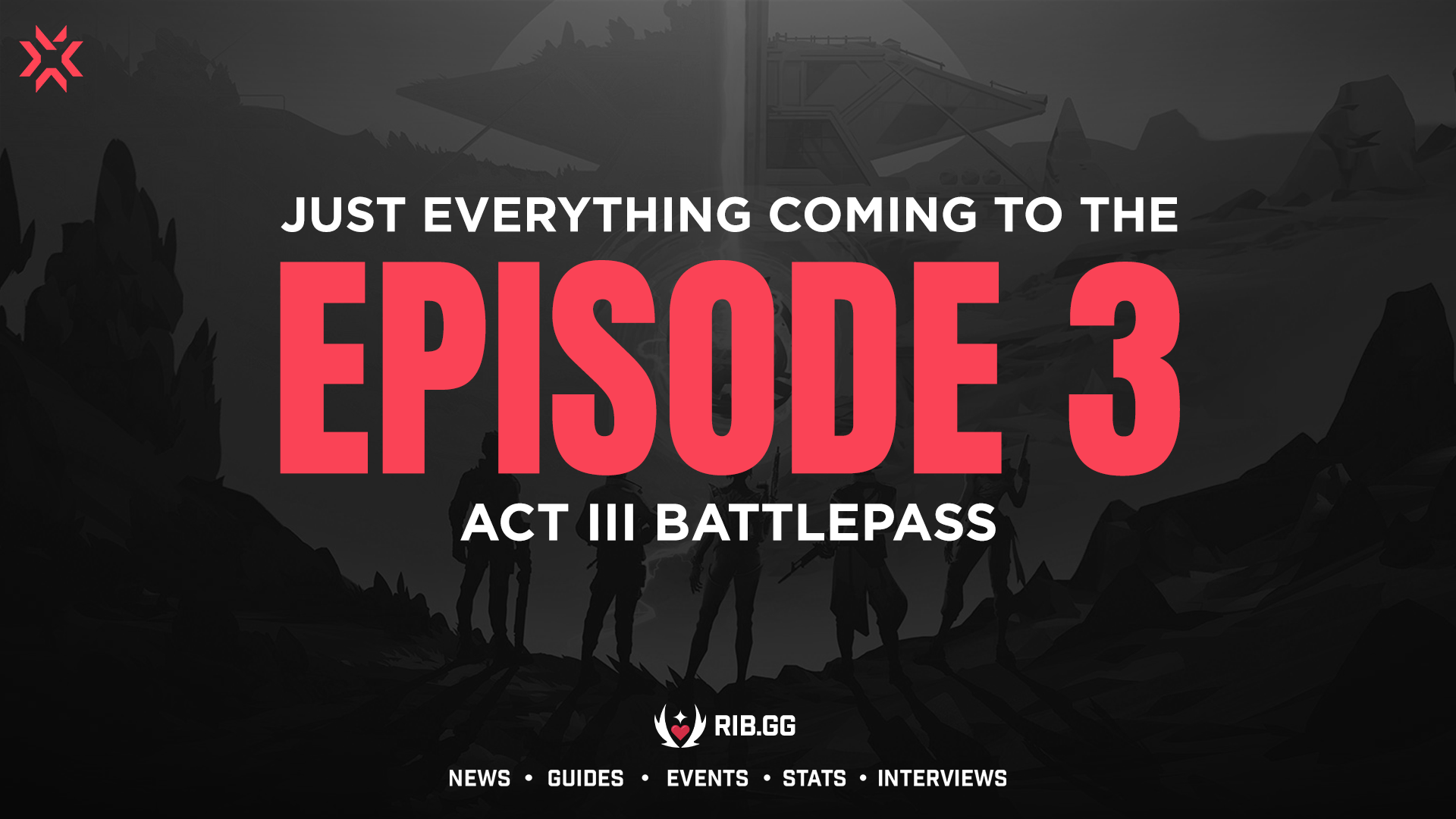 Can you believe we are already nearing the end of Act III? Each VALORANT Episode has three acts and Episode 3 Act III is approaching. With it will come a new Battlepass with great rewards for players to unlock as they play their favorite Agent in the various modes of the first-person shooter. The Episode 3 Act III Battlepass will include three new skin sets, several gun buddies, some fun sprays, and player cards to express your personality a bit more in VALORANT.

Run It Back has all the details for you with everything coming to the Episode 3 Act III Battlepass.

Once again, the Battlepass will cost players 1,000 VALORANT Points. It can be purchased at any time through the Act, so if you want to wait until you’ve unlocked what you deem is a sufficient amount, you can buy it and receive all of the rewards retroactively.

This BP is scheduled to run for 10 weeks, beginning on November 2, 2021 and ending on January 11, 2022. Riot Games has noted that there are no changes to the Battlepass mechanics. Everything will work just as it has for every Act prior. That means premium and free rewards can be unlocked just by playing VALORANT.

Notes from the developers

Riot Games is always ready to answer the hard-hitting questions regarding their game. When it comes to the Battlepass, they’ve provided some quotes on what to expect from it, the inspiration, and any challenges they came across when designing it.

Q: What were your goals when designing the Ep3, Act III Battlepass?

A: With this Battlepass, we wanted to celebrate the end-of-year traditions like Halloween, the New Year, and the winter holidays. Players will see a lot of items that reference these holidays, including the “Mance on a Broom Go Zoom” spray, the “Sock of Cheer” Gun Buddy, and the “On Cooldown” card. We also included a few items related to the weapon skins in this Battlepass so players can match their guns to their accessories, such as the Genesis buddy and Goldwing Player Card.

Q: What did you take inspiration from any notable concepts you wanted to convey with Ep3, Act III Battlepass?

A: This Battlepass has a lot of fantastic Player Cards related to Agents. Some of my favorites are the “Unstoppable // Viper” card, which is a reimagining of her original card from the Closed Beta. There’s also the “Downtime // Omen” card, which shows Omen knitting—of all things. The “Versus // KAY/O +Brimstone” card is great lore card that builds upon other KAY/O and Brimstone accessories that players have analyzed in the past. This Battlepass also has some really gorgeous and well-designed weapon skins: Aero, Genesis, and Goldwing. The Genesis Arc is the first melee of that type (lovingly called “the protractor”) to be included in the Battlepass.

A: We had a lot of fun designing the accessories in this Battlepass, especially the sprays. “This is Really Not Fine” features Sage and builds on the other “This is Fine” spray series. Sage is also featured in a really fun “Crying Sage” Player Card. The “Dumpster Fire” Gun Buddy pays homage to our trashiest VALORANT games, while the “Winner Winner” Buddy celebrates our best. There are also some really cute emoji sprays featuring Astra, Reyna, Skye, and the sloth from Breeze. Overall, this is a great awesome Battlepass that I hope players will love!

Everything coming to the Episode 3 Act II Battlepass

That is everything coming to the Episode 3 Act III Battlepass! Stay tuned to Run It Back for more VALORANT news!