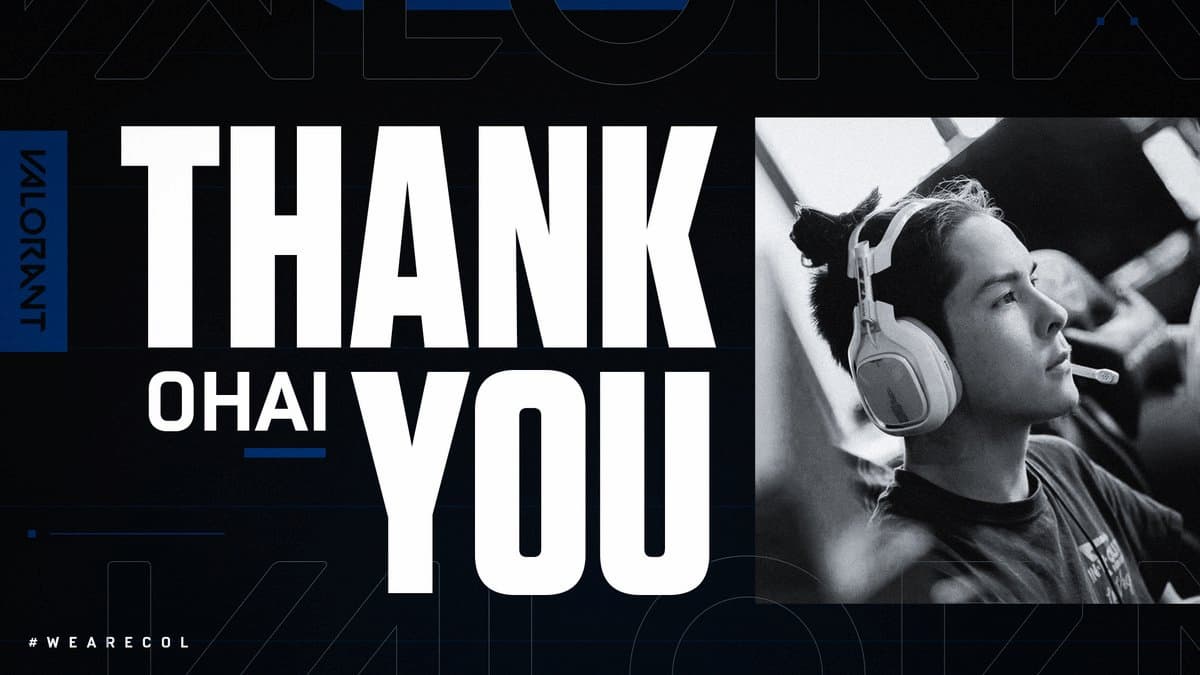 The new year just began, but many VALORANT teams have already started making changes. That is due to the 2022 VCT circuit starting very soon. Teams want to ensure they have a roster that can compete and organizations want to give players a chance to perform elsewhere if they no longer fit within the vision of their team. An example of that is Complexity who just said goodbye to one of their original VALORANT members, Riley “ohai” Nguyen.

Complexity entered VALORANT on July 17, 2020. By September, the first iteration of the team was no longer. Players were benched and eventually released, but ohai remained in a starting position. During that time, he helped Complexity to several 1st and 2nd Place finishes in the Knights Monthly Gauntlets, Nerd Street Gamers events, and more.

The results in the latter half of 2021 were not what Complexity was looking for, however, and ohai was benched on November 11. Just under two months later and he is released from his contract, free to explore other opportunities.

He is taking all of this in stride and showed nothing but gratitude to Complexity for the chance to represent the organization in VALORANT. It shouldn’t be too long before ohai reveals what is next, whether he joins another organization, creates a new team, or simply takes some time to stream, enjoy the game, and focus on himself.

This leaves the current active Complexity roster with:

The team has been playing with others in recent NSG tournaments, so an announcement may come soon regarding official roster additions prior to the fast approaching VALORANT Champions Tour.

Stay tuned to Run It Back for more breaking news as the competitive VALORANT roster changes just keep on coming!