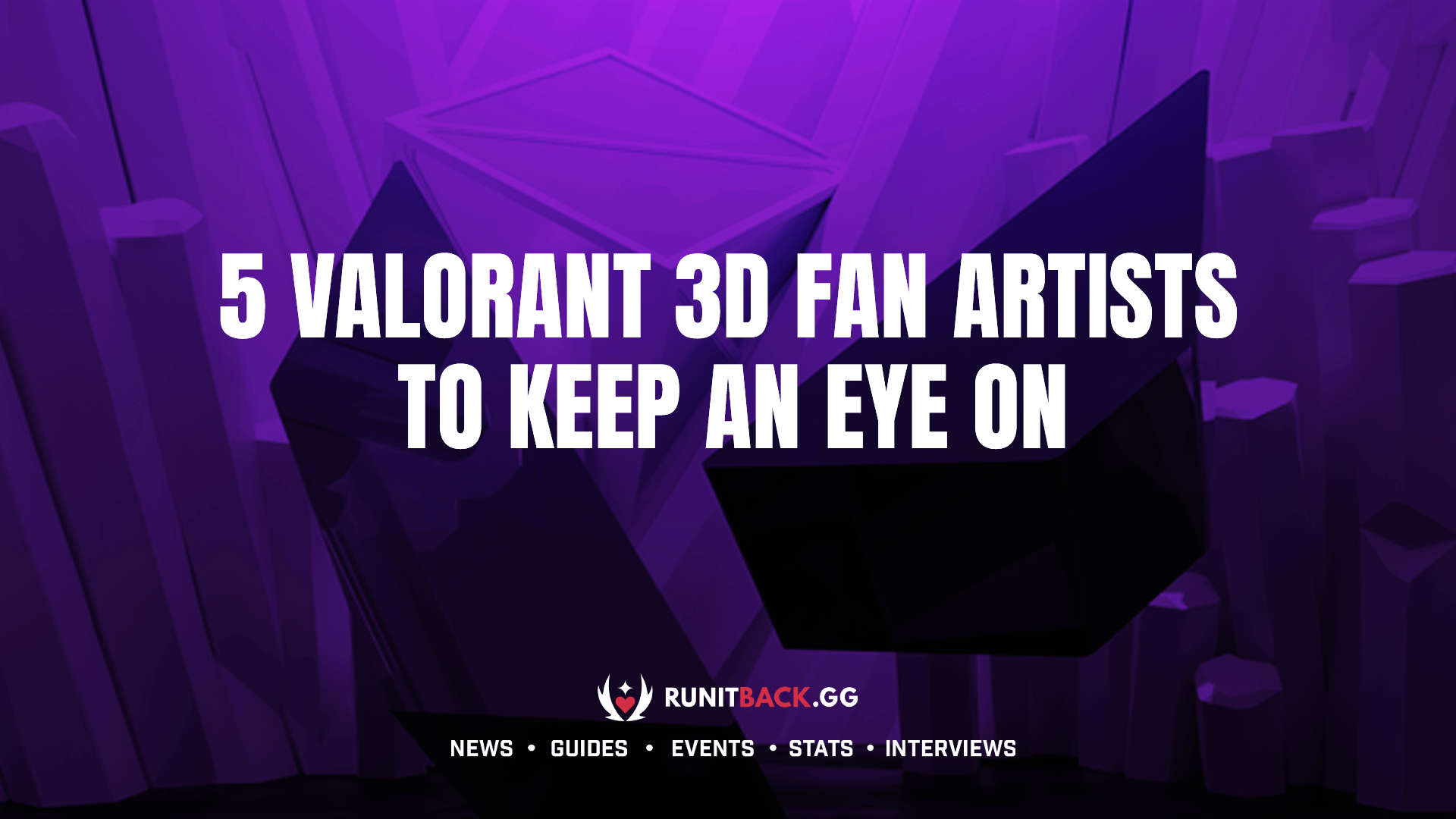 About a week ago, Riot Games commissioned some fan artists to showcase the latest update for VALORANT. While it’s not the first time Riot Games have officially recognized fan artists, it shined the spotlight on multiple types. Not only were traditional 2D artists and animators featured, but 3D fan artists were as well. Have a look.

Traditional 2D art is cool and all, but you can’t deny from this trailer that 3D fan artists are also awesome. Right now we’re going to feature some of the fan artists of VALORANT who literally take their art to the next dimension.

Enigma, who officially works for Team Liquid, is responsible for the portion of the above video that features the new Battle Pass for Episode 3. However, that’s far from all he has done for VALORANT. He has also done the intro video for Team Liquid’s VALORANT team. While that particular project is a year old, it only recently hit the 2 million view mark on Twitter!

Enigma’s work also crosses into the still image category, but it still uses 3D art to create some truly stunning images. Enigma also does art for 1UP Studios, who have done work for plenty of other gaming related properties, including League of Legends.

Drice, hailing from Germany, is a 3D fan artist who has done thumbnails and other art for VALORANT content creators and players. These include Roy of Renegades, Team Liquid’s ScreaM, C9 Mel, Sentinels’ Dapr, and plenty of others. He also showcases his work over on Behance.

Describing himself as a “Deaf Artist and Dataminer,” TheyCallMeSpy deftly combines both his 3D artistry and datamining passion to create some impressive VALORANT fan art. One of his most recent pieces shows Cypher taking a well-deserved load off.

His Twitter feed also features glimpses of how he does his work. We’re sure such glimpses will be appreciated by the more technically inclined among our readers.

Diyyo is another one of the 3D fan artists here hailing from Germany. In addition to montages, Diyyo creates some sick animations that have actually been used in Riot Games promotions beyond the trailer at the beginning of this article. He’s also done promotional content for the First Strike event (remember that?) as well as League of Legends content. Check out his most recent anime-tinged “fragmovie” below.

This particular 3D fan artist hails from Taiwan. Bolixie does the occasional montage as well as work on 3D art, and they’re all pretty excellent. Most of his work is in Chinese, but you most likely won’t need to understand the language in order to appreciate his work.

Do you know of any other 3D fan artists who could use a mention? Please let us know in our Discord! And of course keep your browser parked at Run it Back for everything VALORANT!