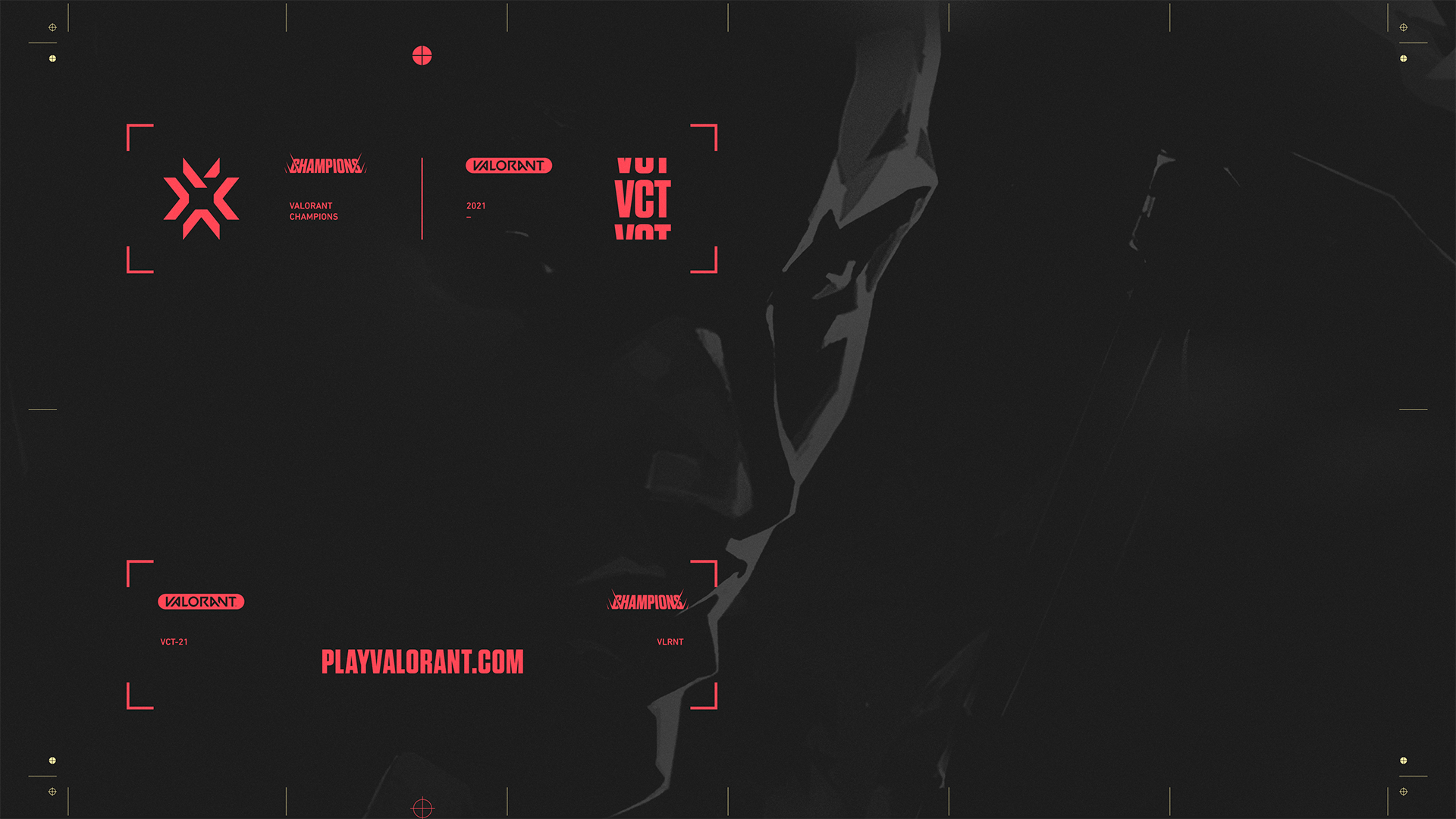 VALORANT Champions group stage has reached the finish line by the end of day 7. The group stage was nothing short of drama, upsets, and just the absolute top-tier VALORANT we have witnessed to date as the best teams in the world clashed in their respective groups. Only eight teams have survived and day 8 will see the first pair of quarterfinalists face off on their path to fame and glory.

Day 7 of VALORANT Champions in Berlin saw the following teams fight for survival:

Ascent got off to a hot start for the NA squad as Nathan “leaf” Orf was quick on the trigger throughout the entire map. In fact, Cloud9 would quickly show that Ascent’s defense is where it’s at, winning round after round. Vision Strikers eventually got a round on attack, yet were quickly shut down in the follow-up. This led to a near-perfect 11:1 half for Cloud9.

The second half saw the game turn on its head as it was time for VS to start the chase. A 1v1 clutch on the pistol round by Yu “BuZz” Byung-chul kicked it off as they started piling on the rounds on defense, effectively denying C9 the sites time and time again.

A solid B site hit on round 18 granted C9 their map point. However, VS would drag it on for four more rounds before finally C9’s in-game leader, Anthony “vanity” Malaspina won the 1v1 for his side to close Ascent out in their favor.

While Ascent saw a defense-favored affair, Split emerged as a much closer match-up. The first half saw the teams trade blows as C9 picked up the pistol and followed it up with a neat ace by Erick “Xeppaa” Bach on the Raze.

Despite the play, it was BuZz that was the menacing Raze on the server on VS’ attack side. The half ended with a tie of 6:6 as we were gearing up for a long map on Split.

The second half saw Vision Strikers pick up the pace as they wanted to close out the map fast to force the decider. It was Kim “MaKo” Myeong-kwan and Goo “Rb” Sang-Min that were holding the line on the defense.

The Korean side went marching on to a confident half as they took a well-deserved 13:10 win to tie the series.

We were in for a real treat as the action continued being just as intense on Breeze. While VS took the pistol on defense, Cloud9 got to work fast to put together six straight rounds on attack.

VS finally woke up to take back three rounds on attack, yet it was Cloud9 that had the final say in the half as they clinched the final two rounds to give themselves a comfy lead of 8:4.

Vision Strikers once more started the chase as they bagged the pistol and the follow-up. However, Cloud9 saw three rounds go their way including a 1v1 clutch by vanity. While VS kept getting rounds, Cloud9 just needed two more to secure their spot at the playoffs. A joint 5k from vanity and leaf gave them one round. After Vision Strikers were within reach of OT at 11:12, Cloud9 denied their chance to win the series at 13:11.

The Philippines versus Brazil matchup first sent us to Haven. Secret got to work rapidly on the defense to go up 3:0. Vikings retaliated, but Secret kept putting heavy pressure on their opponents. Jayvee “DubsteP” Paguirigan was an absolute menace on Jett, leaving barely any breathing room for the attacking Vikings.

Vikings managed to snag three rounds in the half, meaning that they had to start the chase with a 3:9 deficit after the first half.

Team Secret continued their mojo into the attacking side. The pistol went their way and even with some resistance from Vikings, DubsteP and Kevin “Dispenser” Te were in the zone throughout the match. This led to a 13:6 victory for Secret.

We were then sent to Icebox as Vikings were fighting for their lives. They got off to a solid early start as a 1v2 clutch by Gabriel “sutecas” Dias brought them the pistol.

A 3:1 lead for Vikings was cut short as Secret got to work on defense to put together six straight rounds. Jim “BORKUM” Albert Timbreza was feeling comfy on the server on Viper. The half went in favor of Secret at 8:4.

Vikings had to pick up the pistol to keep the dream alive. Leandro “frz” Gomes delivered a 3k, which also gave Vikings the follow-up as hope was still there for the Brazilian side.

Secret were not shook by Vikings’ pistol rounds, and continued doing their thing, but this time on attack. They put together three straight rounds before Vikings brought one back. That wasn’t enough as DubsteP and Witz, the duelist duo of Jett and Reyna, came up big for Secret to eventually defeat their rivals 13:7 and win the series in rather quick fashion.

The final matchup of the group stage of VALORANT Champions took us once more to Icebox first. X10 took the pistol on attack and Panyawat “sushiboys” Subsiriroj would go on to become troublesome for Envy as the Jett. Envy, nevertheless, managed to grab one-off rounds throughout the half after Jimmy “Marved” Nguyen and Austin “crashies” Roberts did a good job to keep Envy close.

Still, X10 were ahead at 7:5 at half-time as Envy would be the ones on the chase.

The second half quickly showed that Envy’s attack was solid on Icebox. The first four rounds of the half went in their favor and despite Jaccob “yay” Whitteaker having a rather quiet match, they started taking control of the half. X10’s Patiphan tried to repent the attackers throughout the half, but his heroics were simply not enough for X10 to pull through with a dub.

Envy took Icebox with a 13:10 score and were ready to close things out on Split.

Split saw a different Envy enter the server as yay finally found his footing. Five straight rounds on attack went their way, including an ace from “El Diablo” himself.

This seemed to only make X10 angry as they retaliated with five straight rounds of their own. The back-and-forth battled ensued to tie the map up at 6:6.

X10 managed to bag the pistol on their attack and Envy did not see this form of X10 coming their way. An incredible offensive performance from the whole team saw Envy only take two rounds in the half. A phenomenal 1v3 clutch by crws saw the team soaring to the skies and not backing down any time soon.

Envy’s struggle finished with a 8:13 loss as Haven was leftover as the decider.

The final map of the group stage was Haven as we’d soon know who’d be the last team to make the playoffs. It was X10 that kicked things into fifth gear as sushiboys was sitting on 5 kills after the first two rounds in their favor. Envy would however quickly find their drive as before we knew it they were leading 5:2.

A back-and-forth affair ensued, with crashies paving way for Envy to pull a 7:3 lead. Whenever X10 were close to closing a round in their favor, Envy was just a step ahead and it seemed like the match was going all in favor of the NA team. A flawless all-round last-round performance from Envy sealed the half at 9:3 in their favor.

The second half kicked off with X10 aggressively taking ground on defense to snag the pistol. X10 looked like a new team on defense as they managed to make it 7:9 in the blink of an eye.

Envy finally came alive soon after, reaching round 11. X10 were still chasing the tie, utilizing their extremely aggressive in-your-face style of VALORANT to ultimately tie it all up at 11:11.

A 3k spraydown by Crws basically guaranteed the round for X10, leaving crashies in a 1v2 situation which he failed to win. This put X10 at match point.

Yet, OT was inevitable as yay‘s 2k entry into C site saw the series go over the distance.

Envy saw themselves on the receiving end of an upset at OT. X10’s Patiphan absolutely popped off to secure the decider for X10 in the last minutes of OT with a favorable score of 14:12.

Tune in to Run it Back and check out all of our latest VCT Champions news, extensive guides, and exclusive interviews in the world of VALORANT. And remember to join our Discord to enter competitions and win prizes! 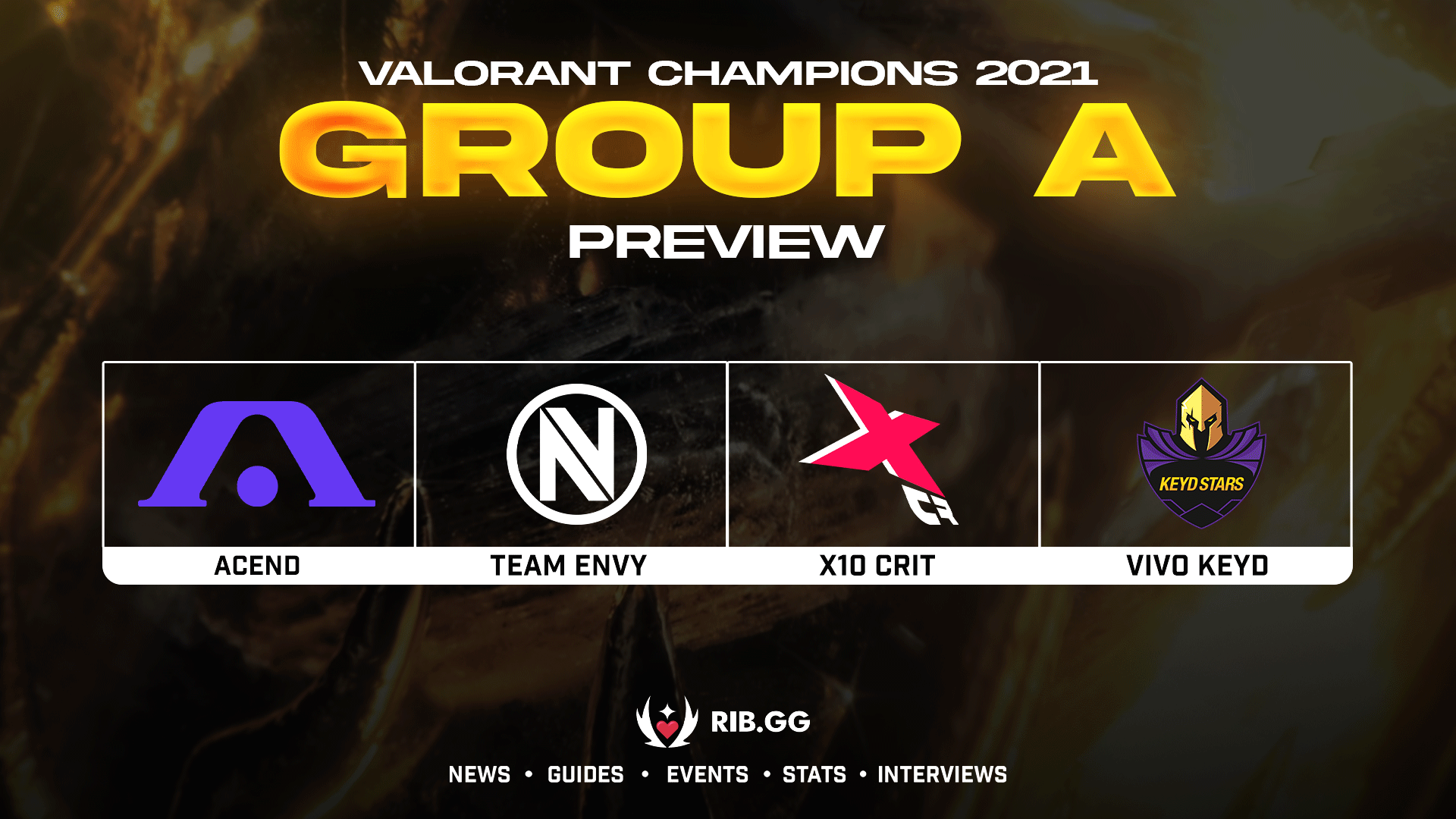 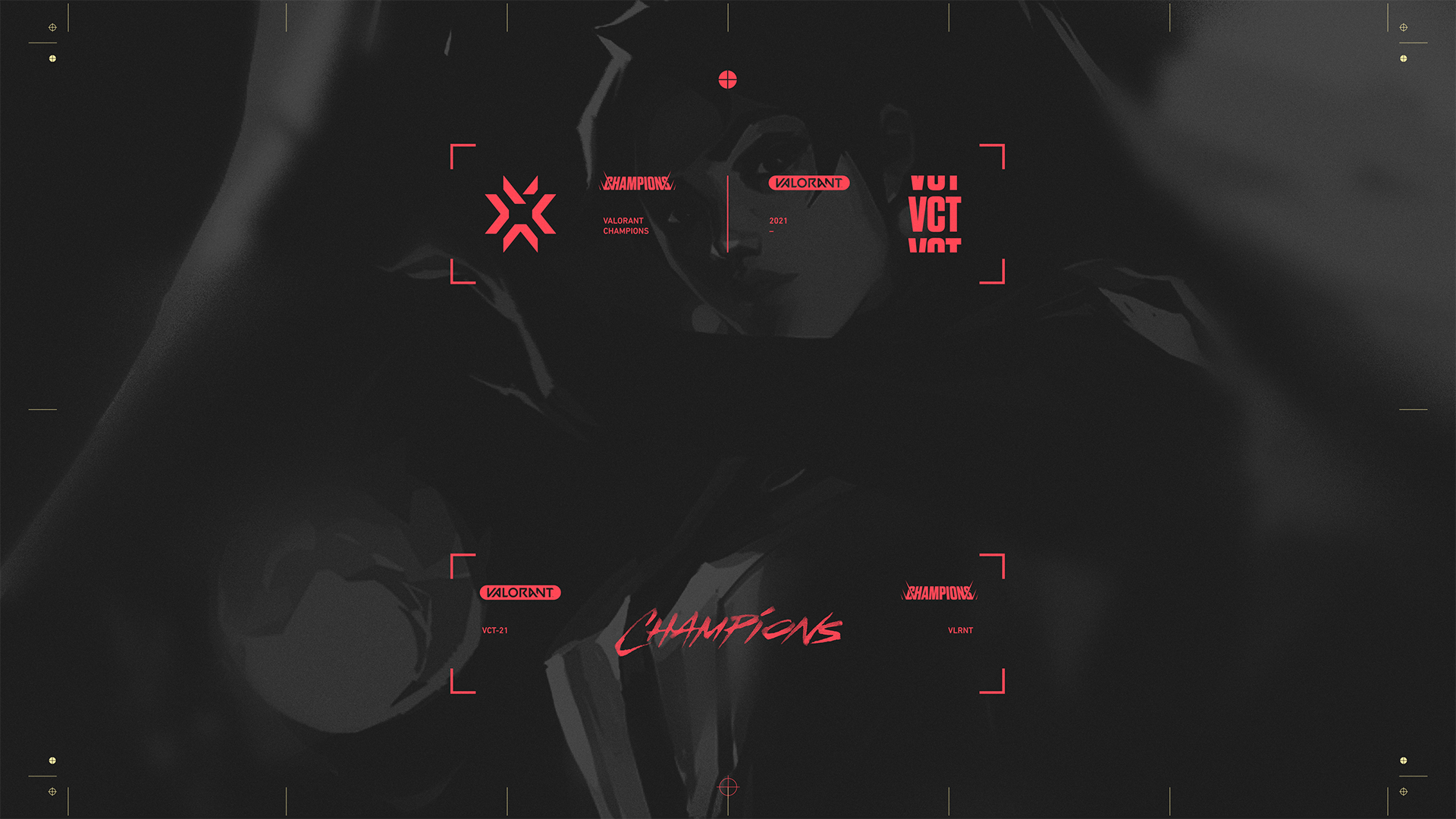 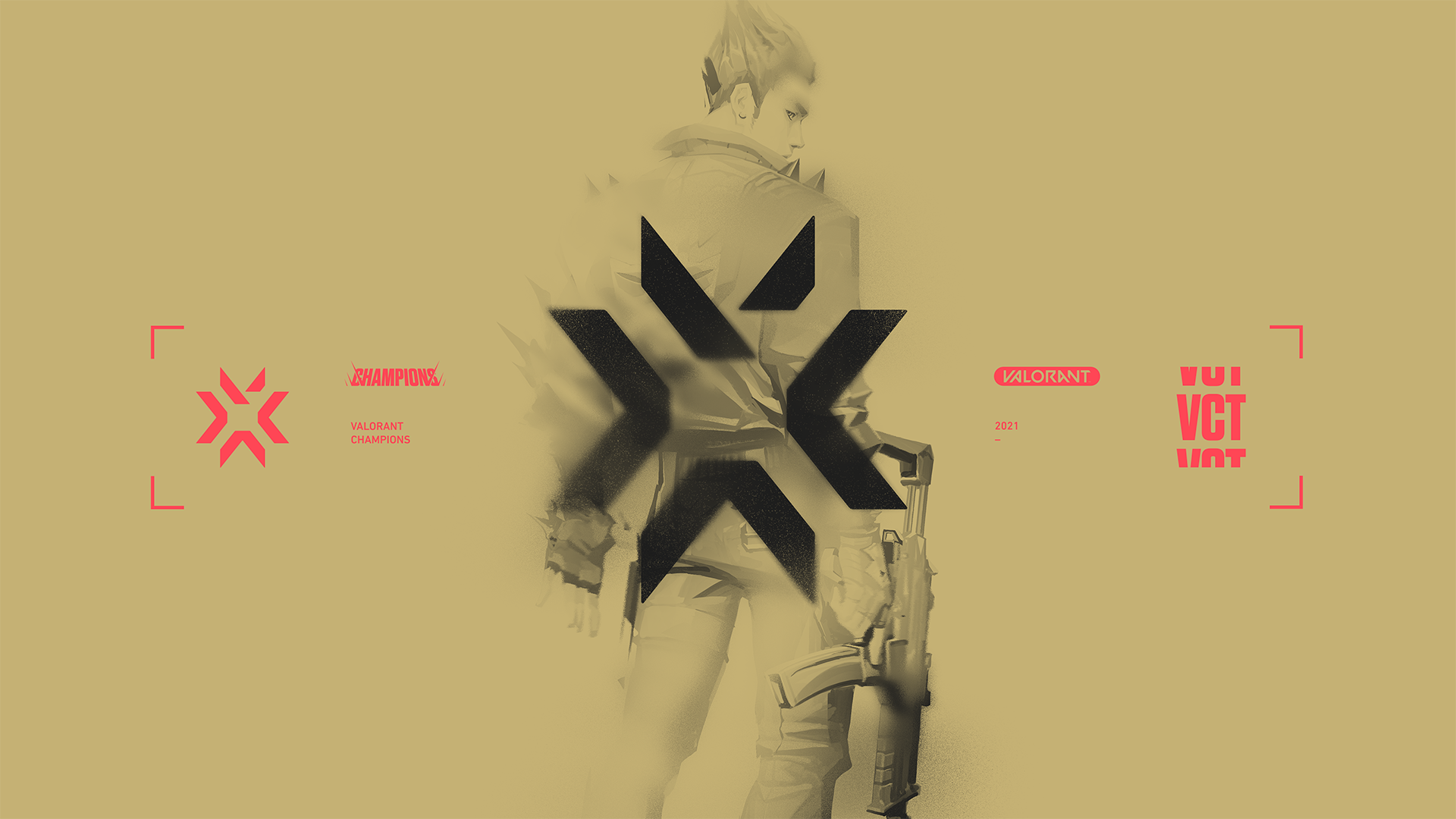