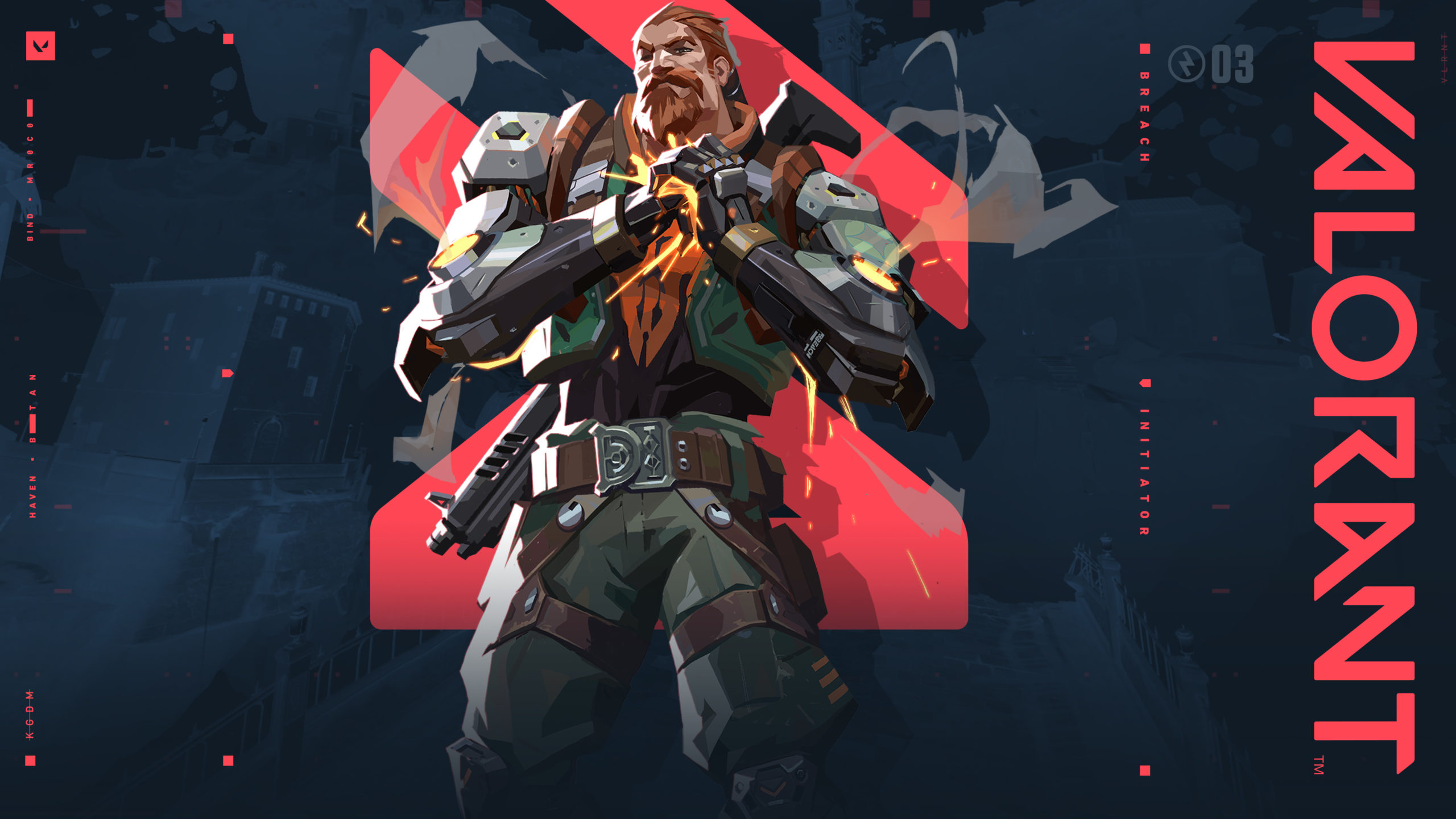 You are sitting on point, holding the perfect angle. Your team managed to climb onto the point, plant the spike, and set up a nice post-plant. Then, off in the distance, you hear “OFF YOUR FEET”, as you are thrown into the air. You know what comes next: bright lights, stuns, and being smacked to death by Aftershock. Breach is known for ripping through teams with ease, and has been around since VALORANT came out. However, he hasn’t seen as much play as compared to Sova, and the introduction of Skye really cut into his gameplay. Even on his preferred map, Split, Skye started to push him out as the preferred Initiator.

Then Champions happened, and Breach saw an 11.68% pick rate increase, jumping from 11.6% to 23.2%. That is a massive boost, doubling his pick rate from the regional Last Chance Qualifiers. So how did a somewhat under-picked agent that was mainly played by Brazilian and Korean teams become an occasional, and viable, substitution for that second Initiator slot?

First, it was Viper, and now it is Breach. With Fracture’s entrance into the VCT map pool, Breach was revived. One massive change is in correlation to Patch 3.05. In this patch, Aftershock can now act like Raze’s Paint Shells, destroying many physical objects. This makes countering Killjoy’s Lockdown even easier, as he is one of the only agents in the game that can hit Lockdown through walls without using an ultimate.

But Killjoy isn’t seen the most on the map, so what are some other reasons for picking him over Skye or Sova or KAY/O?

Fracture has a lot of crisscrossing and overlapping areas of the map. So many angles and layers impact how useful util can be. That’s why we see no Sova, because his darts are so bad on that map. Meanwhile Breach’s stun and ult will hit any elevation and go through walls/corners/doors.

Again, leaning on the Viper parallel, Fracture’s map design is what really propels Breach into a must-pick. With all the walls, corners, nooks, and crannies, a flash like Skye’s or KAY/O’s could easily be averted. However, Breach thrives on little ledges to completely blind an enemy team, and his utility ignores all those obstructions.

I think Breach on Fracture just feels a little more impactful, his abilities lean more towards clearing space proactively on defence. I think also with a few longer lanes on attack it makes it harder to make use of Skye’s flashes due to the travel time etc.

In addition to Fracture being advantageous for Breach, it’s also designed to put other Initiators at a disadvantage. While Sova is typically really good overall, he starts to falter when there are numerous corners. With Skye, her utility is oppressive, but it can’t go through walls. This limits her follow-up potential. And while KAY/O is great, only one piece of non-ultimate utility can easily go through walls. Breach thrives on walls and loves to catch someone who is thinking they are safe.

Breach is really good at using util on the fly based off of info your team gets, so someone can spot an angle, and a Breach is ready to stun/flash that angle for them based off that.

Breach’s Rolling Thunder is a powerful ultimate that can upend an entire point. One major drawback is that it is finite. Skye’s ultimate can extend to the entire map, and Sova’s ultimate can extend through walls and can ping enemies. This makes them more well-suited for open sites, sniffing out stranglers and would-be lurkers.

Breach is really good on fracture to start defensive rounds with the stun so you can deny one of the areas on the map to try to get a decent fight. The ults also just cover the entire sites for attack, just pretty easy to get value out of Breach on Fracture.

With such tight compact sites, taking, re-taking and defending sites are much easier. You don’t need information when you can just blast an entire site and then punish any lingerers.

He’s always been one of my favorite, especially on maps where he can affect areas that would take a bit to reach by running but can go through walls.

Caught in the landslide

Fracture was only part of his pick rate jump though. So what explains his other jumps in play?

Well, all the reasons have already been listed:

And now consider the two maps where he saw the most growth, after Fracture: Haven and Split. Both maps feature narrow corridors and several walls that Breach and can take advantage of.

On Haven, Breach nearly matched Skye’s pick rate, (Breach: 50%, Skye: 58%), while on Split, he trailed behind (Breach: 41%, Skye: 55%). So it’s clear that teams are really starting to feel out how his role on these maps. And with Fracture in the mix, Breach may see a resurgence coming into VCT 2022.

So, is Breach the next Astra or Sova? Probably not. However, his role allows him to act as a foil to Skye, letting him fulfill her role while also catching players in usually safe spots. His unique ability to send utility through walls makes him uniquely qualified to follow up on team information, catching would-be survivors in a kinetic trap. And with Fracture now in play, it seems as though our Swedish vault-breaker has once again found the ultimate prize: pro-play viability.

Stay tuned to Run It Back for more breaking news as VCT 2022 approaches!

Attending university on my Master's in Mathematics, working as an on-campus tutor and writing about what I enjoy. For Run-it-Back, I mainly write about Valorant and esports, combining my love of Math and video games! I also love food, Pokémon and League!