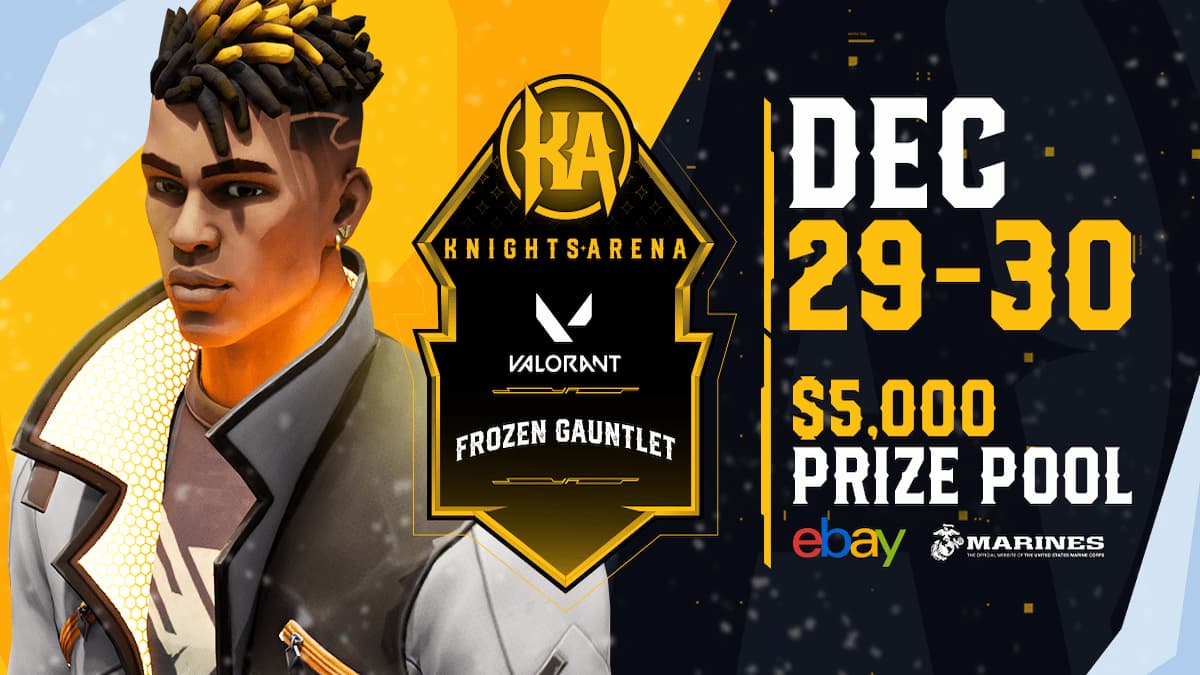 Competitive VALORANT may appear to be in a lull at the moment as 2021 winds down. There is still a bit of time left before the VALORANT Champions Tour of 2022 kicks off, but several third party tournaments are keeping players in the server. Take the Knights Arena Frozen Gauntlet for example. It gave the chance for Akrew to showcase their talent and cement themselves as a rising force in the NA scene.

That is where the true fun began, with the best-of-three playoff series taking place.

The Round of 16 saw some exciting victories as Akrew, Cloud9 Academy, and Radiance all won 2:0. The Quarterfinals approached and Akrew continued their winning ways. They dominated C9A 13:8 and 13:4 to make a Semifinals appearance. They seemed unstoppable at that point, defeating Nemesis 13:8 and 13:7.

Akrew would then meet ex-FLICKBAITERS in the Grand Final. It was a much more competitive affair, as one would expect from two teams that hadn’t dropped a map throughout the entire Knights Arena Frozen Gauntlet. Akrew prevailed, however, winning Breeze 13:11 and Haven 14:12 after ex-FLICKBAITERS won nine rounds in a row to get to match point.

That ensured Akrew would stay flawless. It was close at the end, but a single map was not taken from them. No player from the team ended in the top 10 in total kills for the tournament. That shows how precise and clean the majority of their victories were, as Corbin “C0M” Lee and Austin “Neon” Hedge ended the event with a 1.43 and 1.63 KD respectively.

It marks the fourth tournament in a row that Akrew have won. They emerged as the victors in Open 6, Open 8, and Open 9 of the Nerd Street Gamers Winter Championship. Those came with notable series wins over the likes of Cloud9 White, Pioneers, SoaR, and the Pittsburgh Knights. It is only a matter of time before Akrew takes their skills to the VCT, it seems.

Congrats to them once more and stay tuned to Run It Back as the new year commences!